Neo-Feudalism in the Space Age 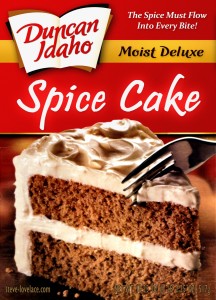 In the Dune universe, set tens of thousands of years in the future, humanity is organized into feudal fiefdoms and guilds. I wrote about this last year, but I think it’s worth delving into a little more. Our descent into neo-feudalism could be a very bad trend, but it may be the way we organize ourselves in the future Space Age.

The Dawn of the Space Age

Nowadays the term “Space Age” refers to the good old days of the Sputnik and Apollo programs. But those were just our first attempts. In the coming centuries, humankind will continue to venture out into the cosmos. (That is, assuming we don’t go extinct first.) As we venture into the solar system and beyond, our existing forms of government will prove inadequate. Given the distances involved, could the United States establish a 51st state on Mars? Probably not. Even if we did, the Martians would revolt after a few generations, much like the American Colonists in 1776.

The Future of Space Colonization

Kim Stanley Robinson’s Mars Trilogy provides a decent peek into the future of space colonization. In this series, transnational corporations come to dominate Earth, all while establishing proprietary colonies on the Red Planet. On an un-terraformed planet, colonies are small and centralized, literally stuck in big plastic bubbles. This makes it difficult, if not impossible, to establish anything resembling a nation state. Instead the people live in little city states controlled by neo-feudal corporations.

What do you think about the possibility of feudalism in space age? Let me know your thoughts in the comment section.