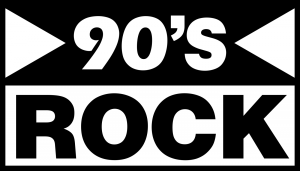 They were playing 1980s “hair metal” at the coffee shop recently: bands like Guns ‘n Roses and Mötley Crüe. Then all of a sudden, I heard the opening riffs of Nirvana’s “About a Girl”. I’ve read quite a bit about the history of Nirvana, and Kurt Cobain would have hated being lumped on a playlist with such bands. (I wonder if a still-living Cobain would feel that way, but that’s hypothetical.) But it got me thinking back to high school in the 1990s, and how music genres mean a lot less than they used to.

I can’t speak for high school students nowadays, but when I was in high school in the mid-1990s, what music genres you listened to defined your clique. There were the rock kids, rap kids, pop kids, and country kids, just to name a few. There were the kids who preferred alternative and kids who preferred heavy metal. Even several years after Cobain died, I was still rocking the flannel. As were many of my peers. When I went to school, I’d hang out with with the grunge kids. When I started driving, I tuned into the alternative station. And when I went to the record store, I stuck mostly to the alternative/rock section, silently cursing stores that lumped pop and rock together. I was fairly closed-minded to anything outside my clique, and I wasn’t the only one.

Back to Kurt Cobain. He was mostly concerned with how “commercial” a given artist was. On one hand, he championed a lot of smaller bands that gained recognition because of him, like the Meat Puppets and The Vaselines. But he also decried anything that was mainstream or aggressively masculine. In 1989, that was hair metal. (The term “hair metal” was once pejorative, making fun of the singers’ big bouffant hair, though it’s now been accepted as the name for this particular genre of 1980s rock.) Once grunge became mainstream, he derided bands like Pearl Jam for being too commercial, going so far as to call them corporate “cock rock”. As someone who like both bands, this seemed strange to me. It was only years later that I realized I was doing the same thing with artists that weren’t played on the alternative station.

There were plenty of exceptions, but is seemed like people the 1980s and 1990s were very genre conscious, more so than today. It was a big deal on MTV when Aerosmith and Run DMC did a collaboration, as there was very little crossover appeal between these two genres. And I think I know why. My hypothesis is that, back in the day, you had to go to the record store. Record stores were, and still are, sorted by genre, as that’s the most logical way to organize the records. And in the heyday of record stores, you might also find places that specialized in one genre or another. If you were a rock fan, and wanted to listen to rap music, you had to make an active decision to do so. All of that changed around 1999.

Music Genres in the 21st Century

What happened in 1999? Napster exploded on the scene and people started downloading MP3s left and right. With every song reduced to an MP3 file, genre consciousness disappeared almost overnight. You no longer had to venture into an unexplored section of the record store, or tune into a radio station you wouldn’t normally listen to. Computers were a growing influence on artists as well, as it became much easier to manipulate sounds with software like Auto-Tune and Pro Tools. Music genres were still a thing, of course, but the lines continued to blur. For me, this period corresponded pretty neatly to starting college, which in any era is a time for artistic exploration. I grew out of my grunge period and gained a broader appreciation for music in general, even the genres I spurned in high school.

I’m sure that kids in high school nowadays still find ways to separate themselves into cliques. Human nature hasn’t changed in 25 years, after all. But it seems to me like teenagers nowadays listen to a much wider variety of music that my generation did. Streaming services like Spotify, Pandora, and Apple Music make it easy to listen to any genre, as well as small, unknown artists. Streaming also makes it easy for teenagers to listen to classic artists like The Beatles, and yes, Nirvana. This has led to a situation were old music is outperforming new music. There’s simply a lot more recorded music than there was a few decades ago, and as time marches on, new music will represent a smaller and smaller piece of the pie.

As long as there’s music, humans will feel the need to categorize them into genres. But I don’t think that genre will be as important in the future. When you listen to a streaming service like Spotify, you get recommendations based on what you’ve listened to. Mostly these follow the traditional genre lines, but computer algorithms can detect patterns that we’re not consciously aware of. If enough fans of a hip-hop song also like a particular country song, the algorithm will recommend it more. Such content algorithms have their downsides, of course, but they also have the potential to open us up to new kinds of music as well.

Do you agree that music genres aren’t as important as they used to be? Or have they just shifted? I’m getting to the age where I’m not quite “with it” when it comes to the latest music, so let me know your thoughts in the comments.