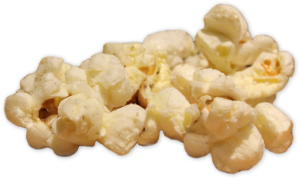 As a teenager in the late 1990s, I got all my music from the local alt rock station: 92.1 The Edge. Like every other radio station, The Edge had a lot of contests and giveaways. These weren’t limited to people over 18, so I called in a lot. I won a lot, too. You could only win once every 30 days, and I won so many radio prizes that I had to start keeping track of my wins on the calendar.

Mostly I won CDs. Some were good. Some were bad. (Most were bad.) I took the ones I didn’t want to the used CD store. The CDs were marked “promotional use only”, but the clerks didn’t care. Even with all the CDs I brought in, I ended up giving them more money than they gave me. They had a lot of good music there, and the cash I earned from my CDs rarely left the store.

CDs were nice, but I won a few bigger prizes, too. During my senior year of high school, The Edge was giving away $100 cash prizes. I called in the day they started and won. Not only did I win a nice chunk of change, but they ended up using my voice in future promos. All my friends at school heard me and recognized me, which in hindsight was more fun than the money. I don’t remember what I spent my $100 on, but I remember bragging about it in my AP English class.

My favorite radio experience happened about six months later, when the morning show hosts, Jacint and Stacey, were giving away backstage passed to a Finger Eleven concert at the city’s annual Oktoberfest celebration. All you had to do was jump in a van full of popcorn and find the lanyard. I got up at 5:30, drove to Old Town in North Lansing, and jumped in the van. Sure enough, I found the lanyard right away. Winning that backstage pass was more fun than actually using it. Backstage at the concert was a mostly empty room with some beer and pop. The band members were nice enough, but they were just hanging out, instead of doing crazy rock star things. But that was okay, because I had a lot of fun just playing the game.

Have you ever won any cool radio prizes? If so, let me know in the comment section.