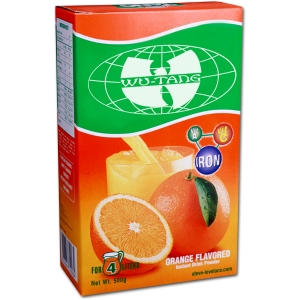 Like many middle-class white kids, I grew up listening to rap artists like Dr. Dre, Snoop Dogg, Tupac and the Wu-Tang Clan. One of my favorite 90s raps song is Wu-Tang’s “Triumph”. One the Wu-Tang Clan’s better known songs, this six-minute-long composition is a work of lyrical genius with few peers in the annals of hip-hop.

One of the things I like most about “Triumph” is how it pushes the definition of what a song is. In many ways, it’s more of a poetry slam than a musical composition. “Triumph” doesn’t follow the typical verse-chorus structure of so many pop songs, nor does it have a “hook” of any sort. Other than a couple of notes at the very beginning, the song has no real melody to speak of. And yet, it’s catchy as well. What it lacks in melody or chorus it more than makes up for in flow. The music is in the words themselves, making heavy use of rhyme, assonance and alliteration.

As a writer, I can appreciate the sound of the song’s lyrics. But it’s more than euphony that that makes the lyrics so brilliant. The members of the Wu-Tang Clan always fill their songs with allusions to everything from pop culture to obscure mathematical concepts. “Triumph” has references to video games (Mortal Kombat and Dragon’s Lair), the distance from the Earth to the Sun (“93 million miles”), Socrates, and even “Ghost Rider”. There are a lot of allusions in the song, and it easily invites repeat listens.

“Triumph” is truly a triumph, though there are plenty of other good rap tunes out there. What hip-hop song is your favorite, and why? Let me know in the comment section.