The Guardians of DFW Chinatown

Chinese immigrants started settling in America in the mid-1800s, helping fuel the 1849 California Gold Rush and build the Transcontinental Railroad. In this pre-automotive era, these Chinese Americans often settled in dense urban neighborhoods, making their living running restaurants and laundry services. These ethnic enclaves became known as “Chinatowns”. To this day,  Chinatowns exist as both thriving neighborhoods and commercialized tourist destinations. Nineteenth century Dallas had its share of Chinese American citizens. However, unlike the residents of San Francisco or New York, they never built their own Chinatown. Instead we ended up with a phenomenon known as “ethnoburbs”. Today’s immigrants settle in sprawling suburbs, clustered around high-tech office buildings and fabrication plants. This means that the good Chinese restaurants are not in some alley downtown, but in a suburban strip mall just off the freeway. One such strip mall bills itself as DFW Chinatown. 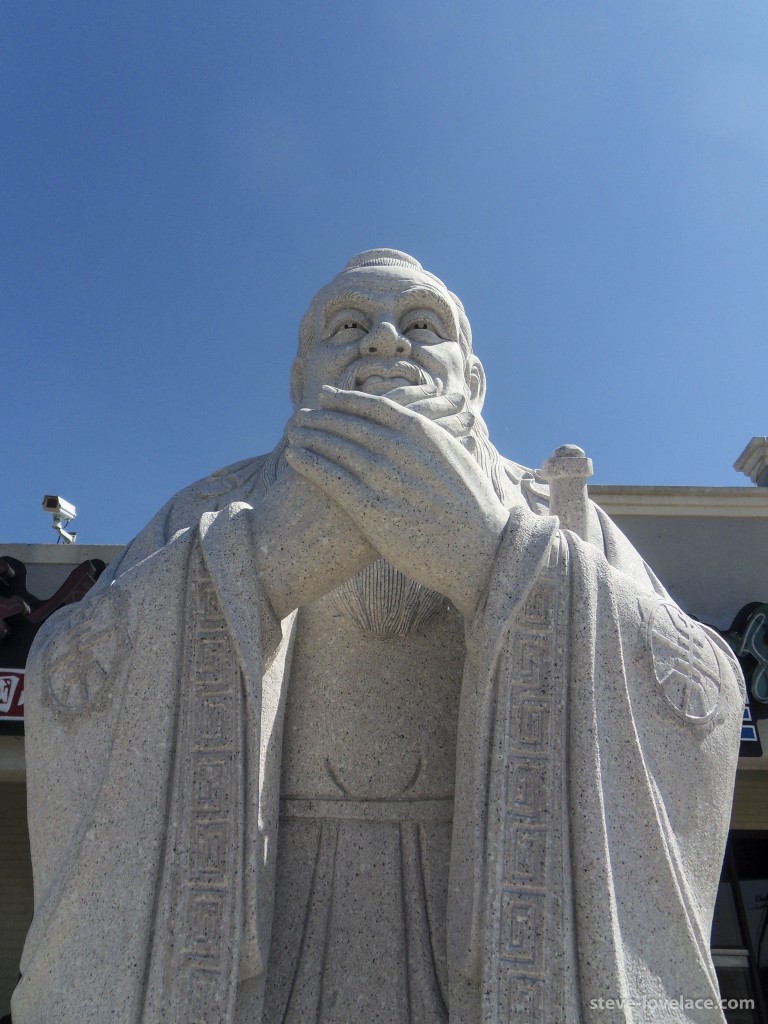 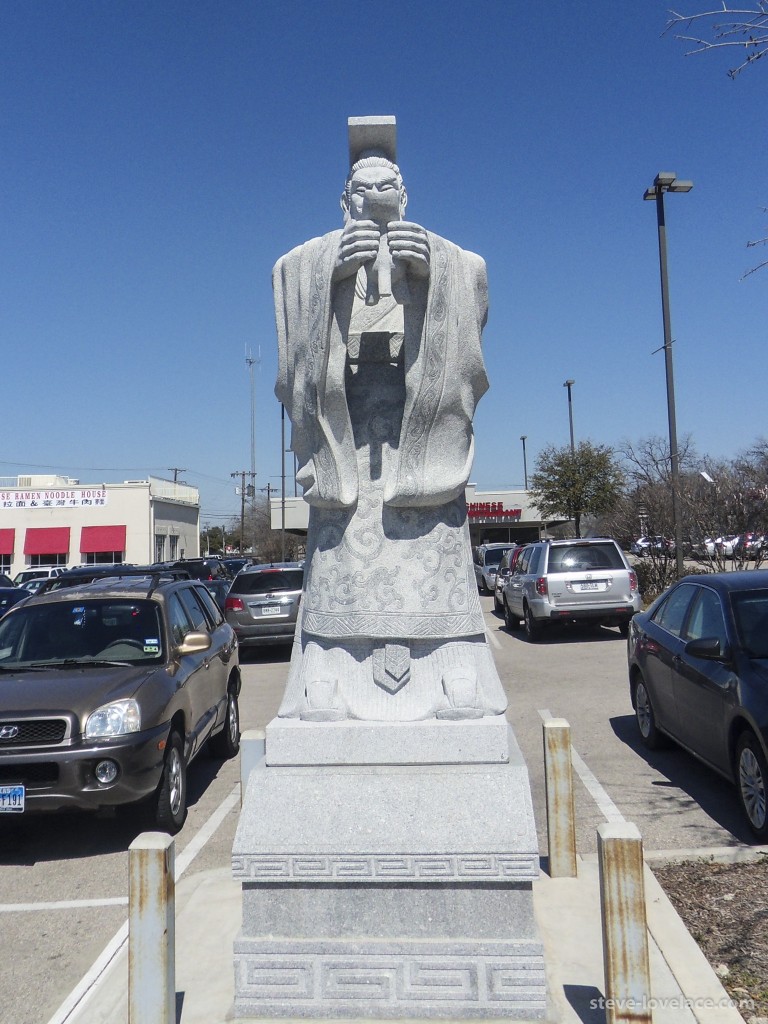 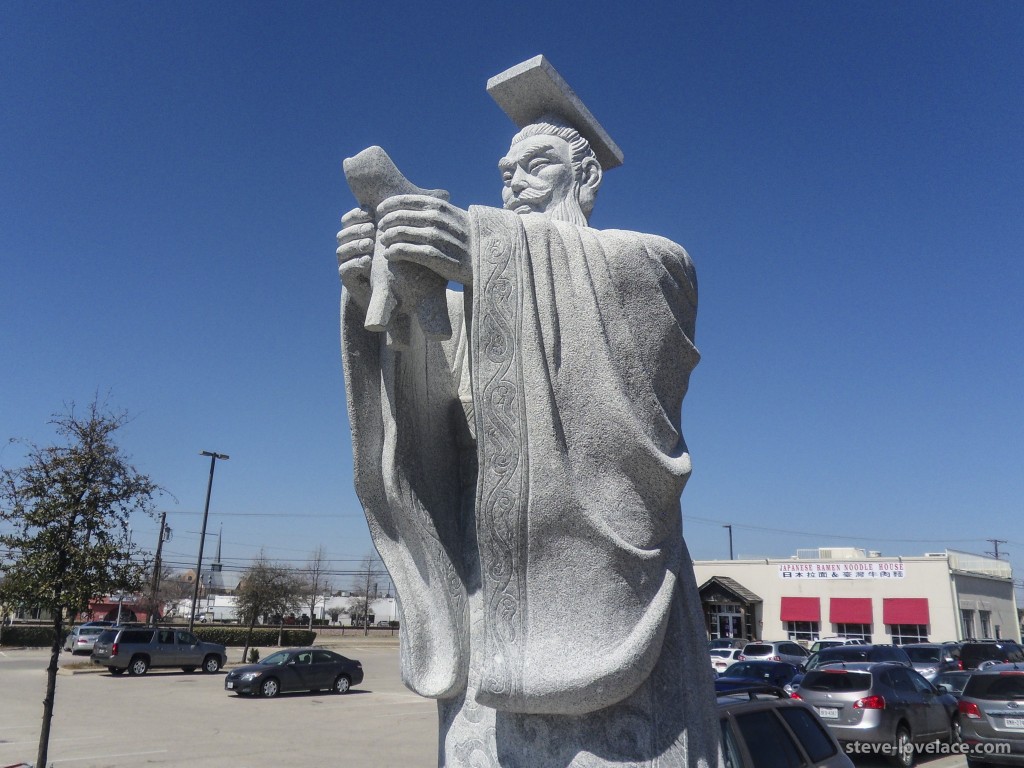 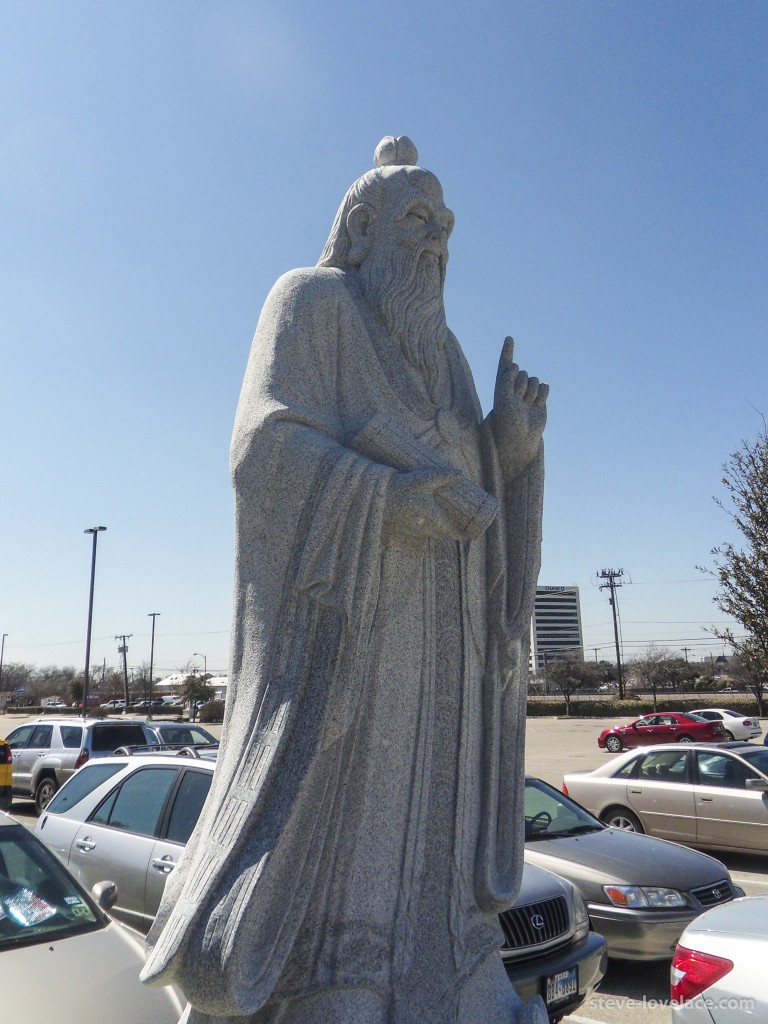 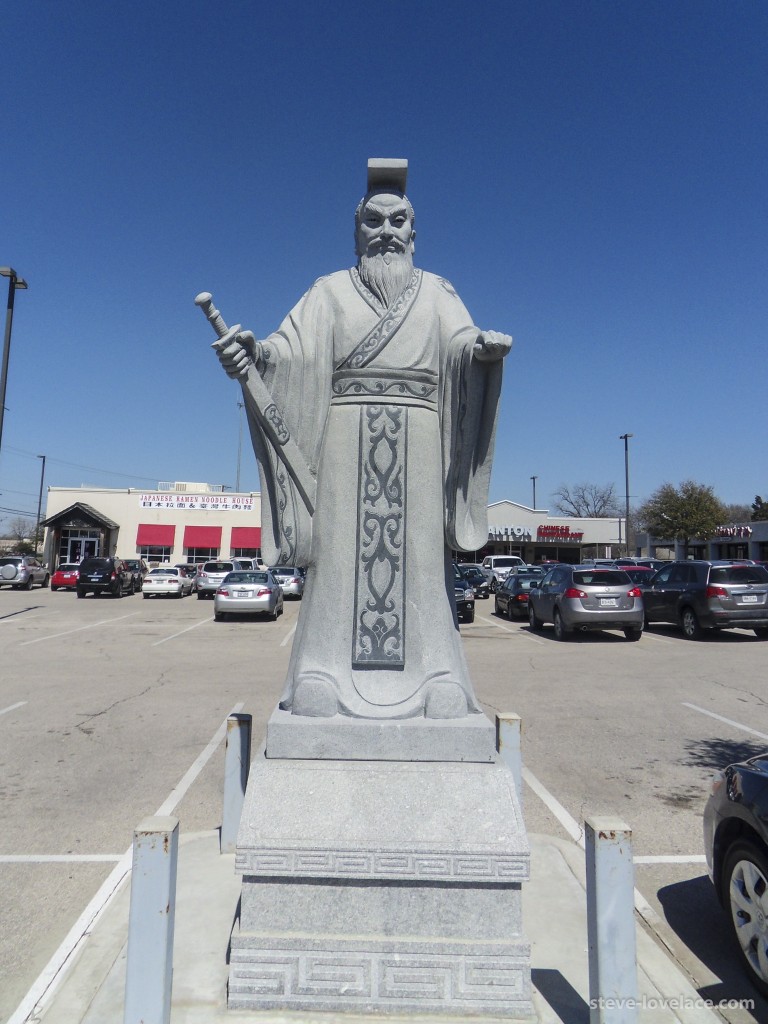 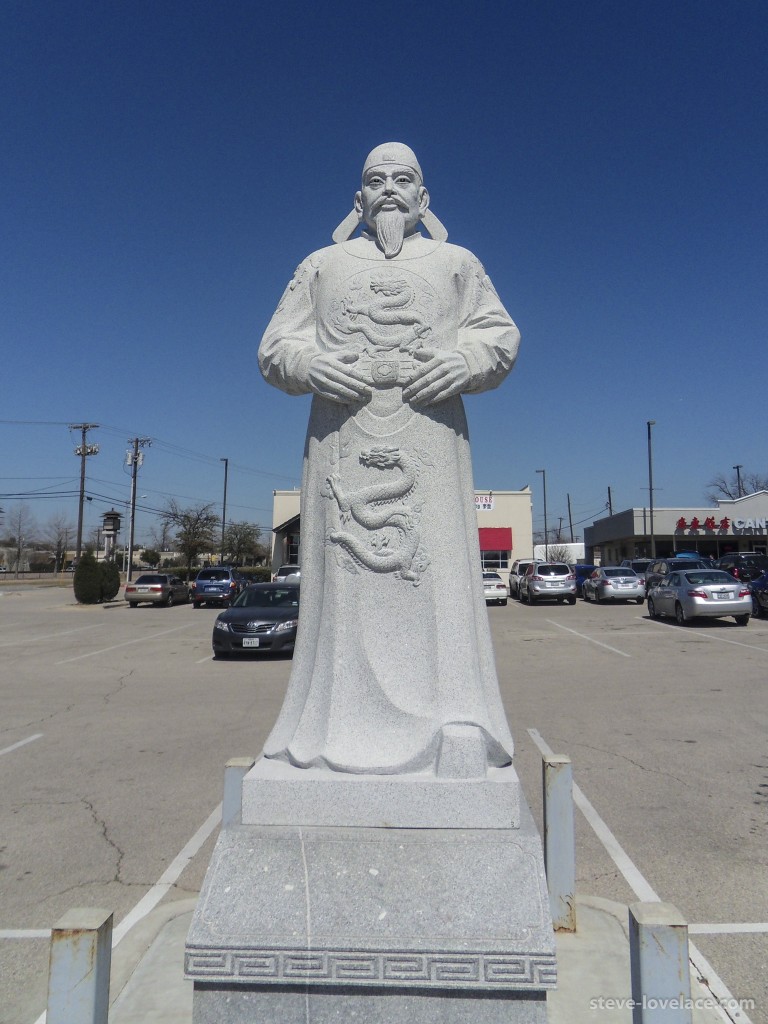 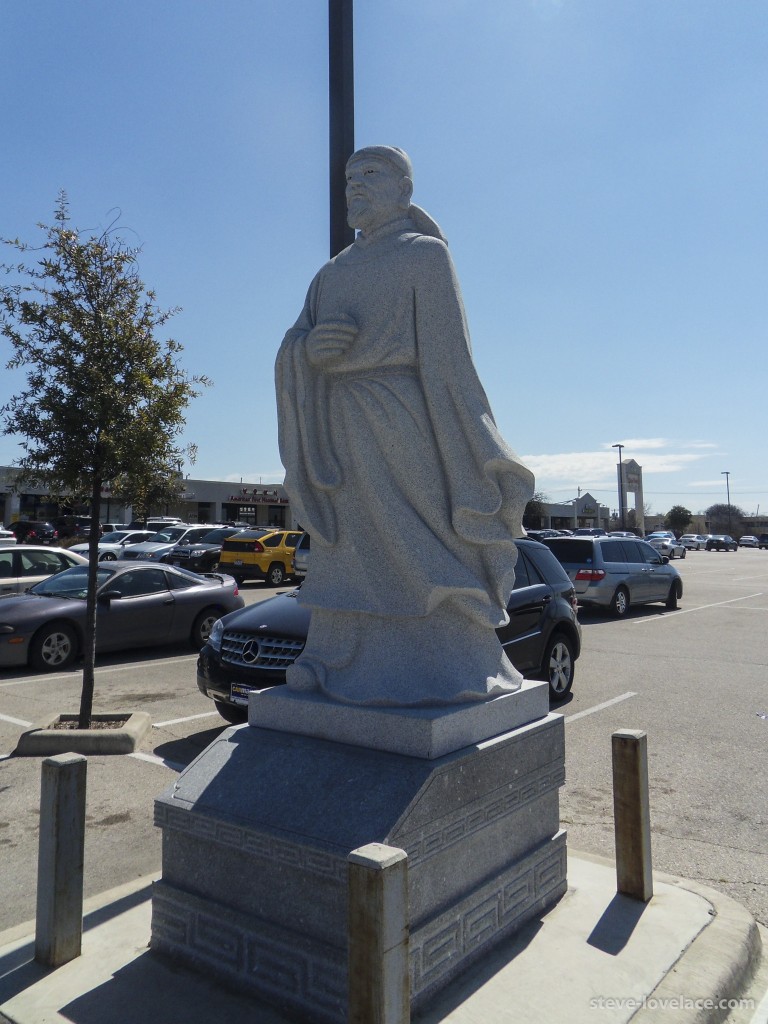 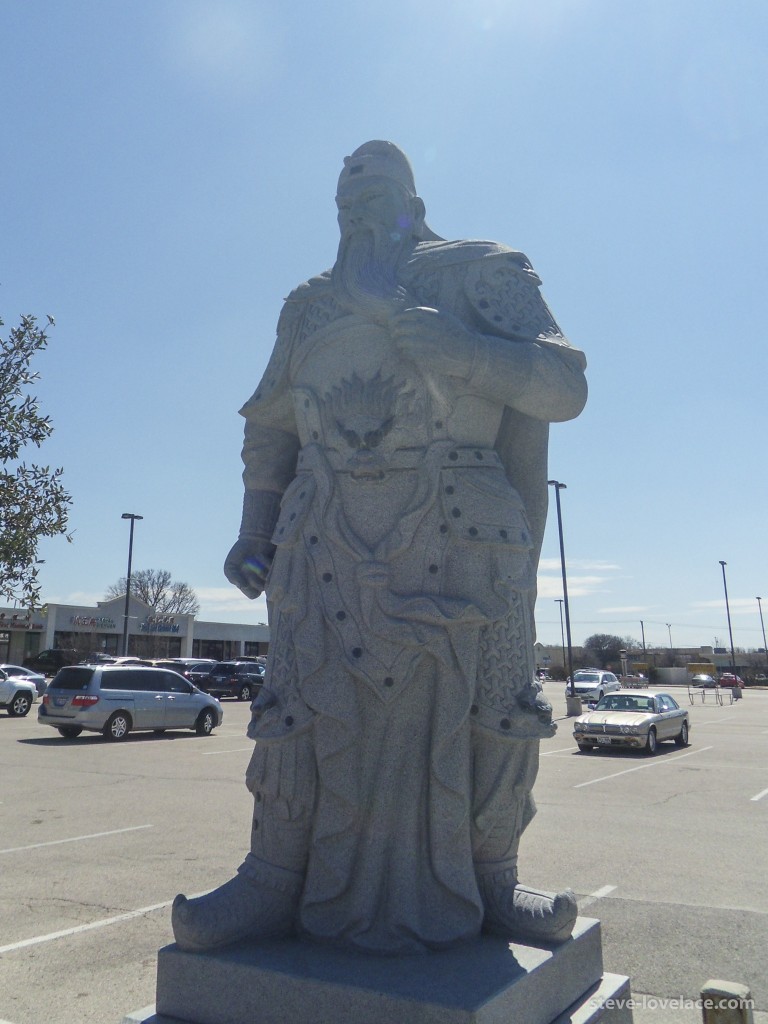 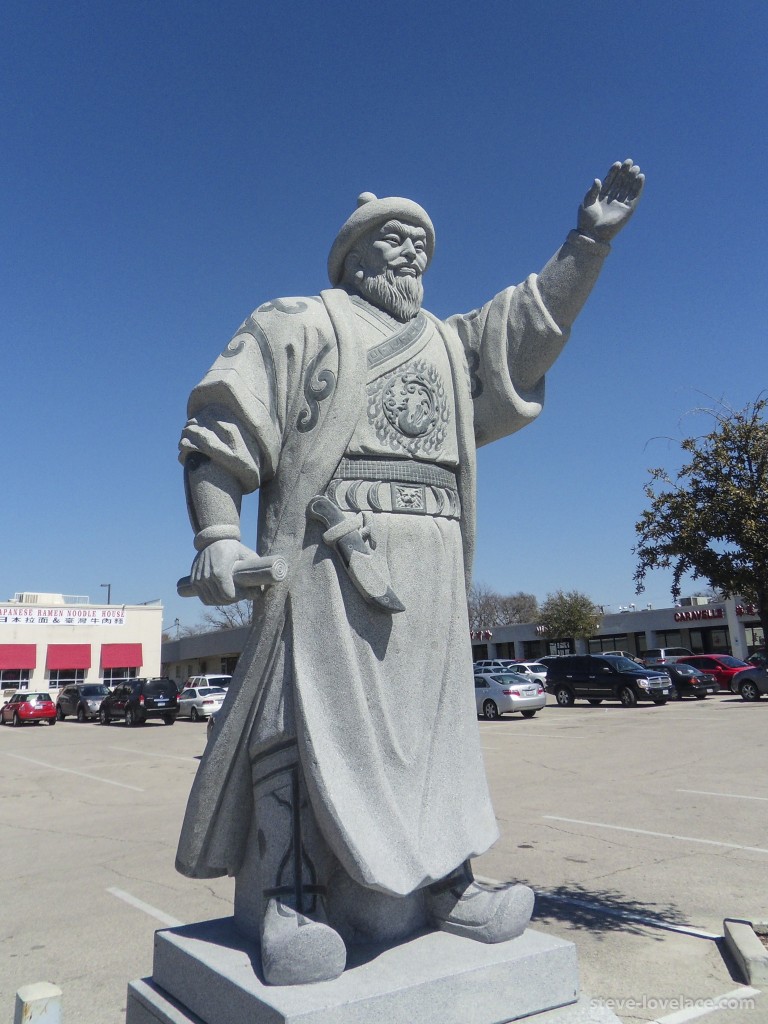 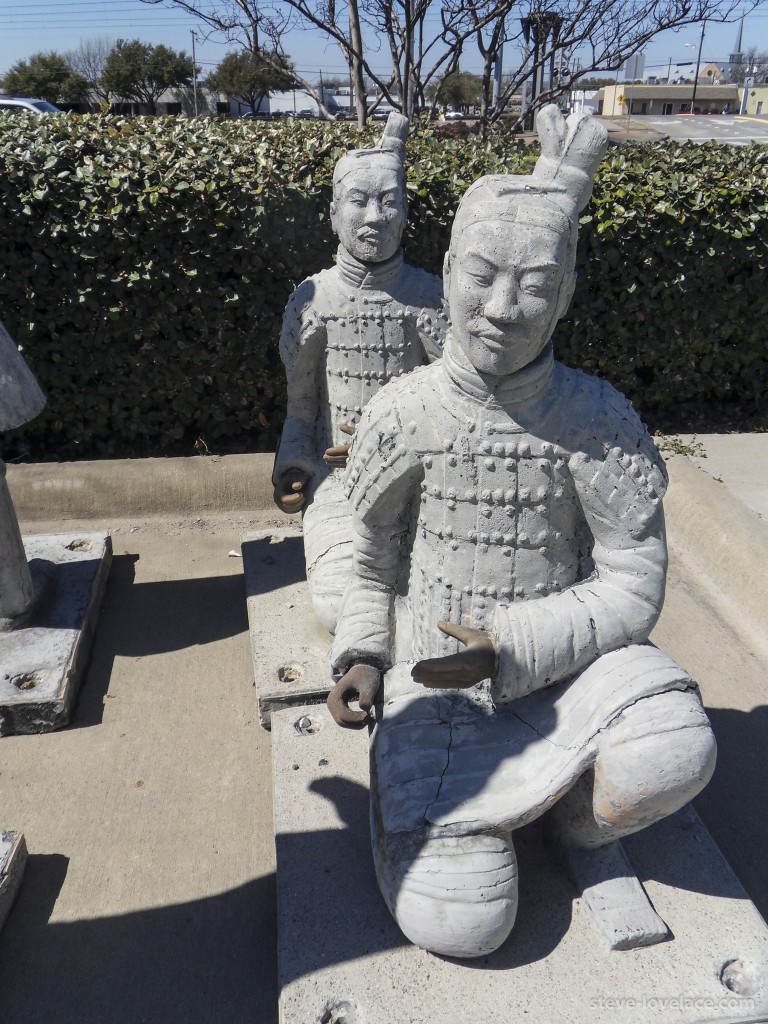 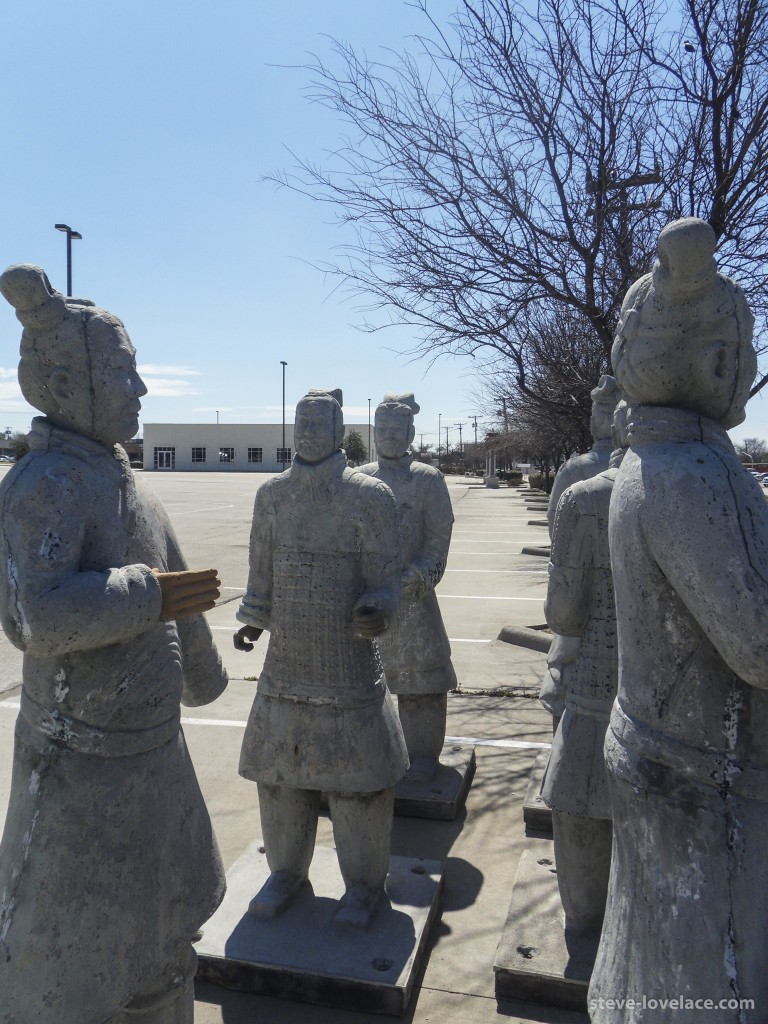 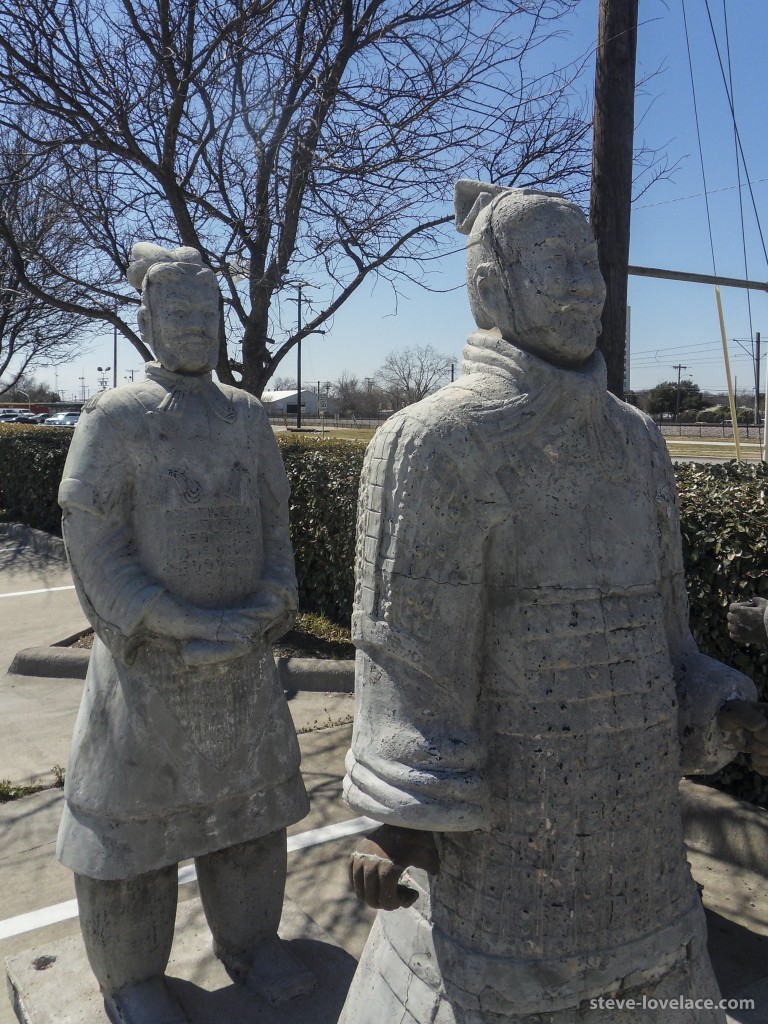 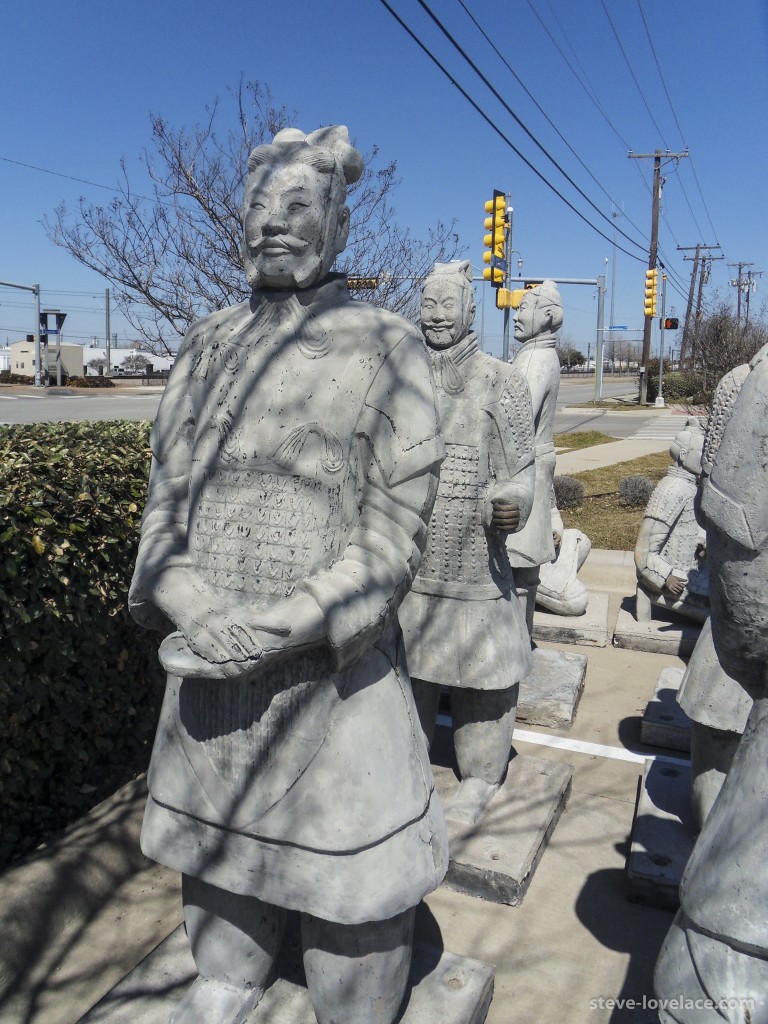 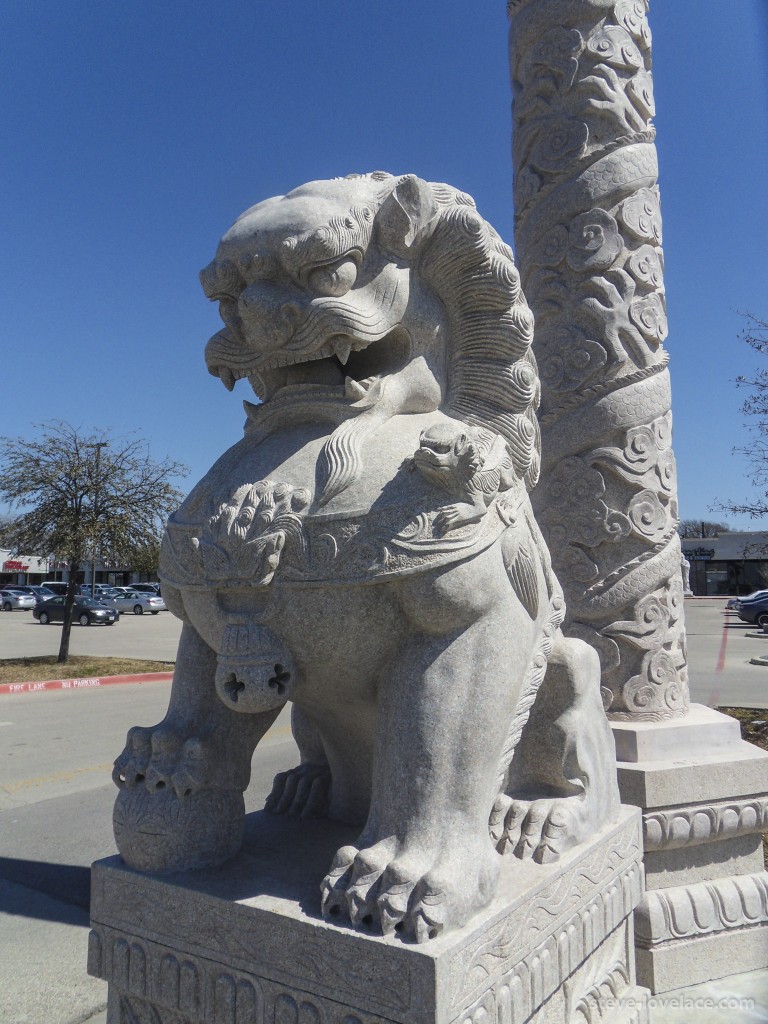 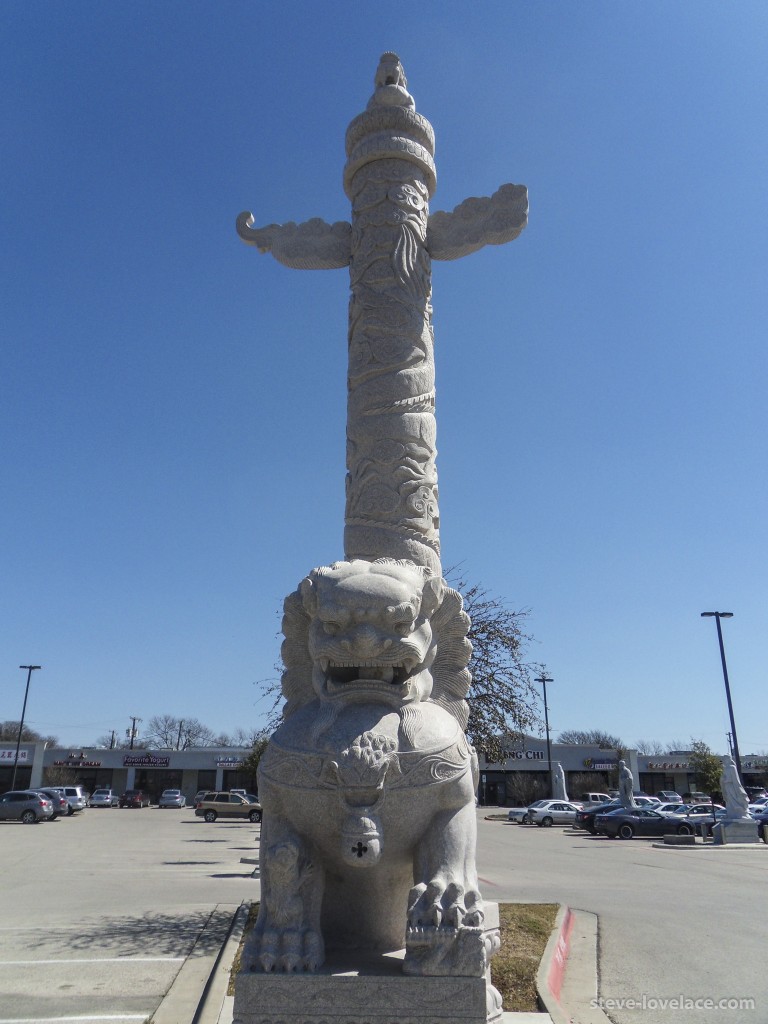 DFW Chinatown may just be a strip mall, but Dallas knows how to do strip malls. This one has a cool Asian grocery store, a bunch of interesting restaurants, and a boba tea place where I’ve spent plenty of Friday nights. But what really sets DFW Chinatown apart is the collection of statues in the parking lot. The statues have no inscriptions as to who they are (in either Chinese or English), but they are amazing to look at nonetheless. I went there one sunny afternoon, boba tea in hand, and got these pictures:

Dallasites, have you been to DFW Chinatown? If so, what did you think? Let me know in the comment section.