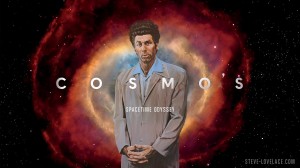 A couple of months ago, Bill Nye the Science Guy had a debate with the proprietor of the Creation Museum. Meanwhile, Neil deGrasse Tyson was busy filming a reboot of Carl Sagan’s Cosmos which has riled up science deniers. Unlike Nye, Tyson refuses to debate creationists. This may seem harsh for a generation raised on the idea of “fair and balanced” debate, where every news network has two or three talking heads arguing back and forth. But if we want to progress as a society, we’ll have to leave the science deniers in the dark.

Science deniers have been around since the birth of science, but they seem to have become more pernicious in the last couple of years. A lot of that has to do with the Internet and the availability of hundreds of TV channels. We live in an age of “echo chambers”. You can live your whole life watching only shows you agree with and interacting with others of the same mindset. So whether you’re a creationist, an anti-vaxxer, a conspiracy theorist or even a geocentrist, you can go online and read all kinds of things that validate your beliefs.

The “echo chamber” effect is only going to get worse as our media becomes more fragmented. What then, is the solution to the most egregious of science deniers. Censorship isn’t an option, nor is persecution. In a free society, we can’t oppress people for their beliefs. But we sure as hell can ignore them. We can refuse to engage them in debate. By doing so, we take away their power. As Neil deGrasse Tyson told Stephen Colbert, “You get to say the world is flat because we live in a country that guarantees free speech, but it’s not a country that guarantees that anything you say is correct.”