Conspiracy Theorists and the Meaning of Life 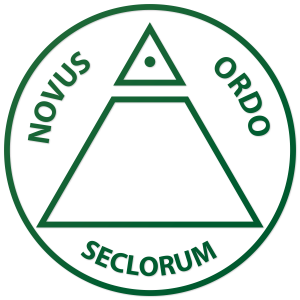 Bringing Order to the World

The world is a crazy and chaotic place, and as humans we’re constantly searching for a meaning behind it all. Some people find that meaning in organized religion; some find it through trust in the scientific method, and others learn to let go of the search entirely. Conspiracy theorists, on the other hand, find meaning through paranoia. Whether it’s belief in the Illuminati or the lizard people or just the US Government, conspiracy theorists think that someone is out there pulling the strings, keeping the world running according to their will, instead of just having random events happening without purpose.

Conspiracy theories can be very seductive, especially since we know that conspiracies really do happen. This makes it a good middle ground between Science and Religion. Think about it. Religion explains almost everything, but with no real evidence. Science provides evidence, but doesn’t explain everything. Paranoid conspiracy theories provide a balance of evidence and meaning. And because conspiracies theories cover that “middle ground” between faith and empiricism, it’s easy to fall into a slippery slope. First you start with a known conspiracy, such as Watergate. Then you move on to a controversial but plausible conspiracy, like the assassination of JFK. Finally, you move into the realm of full-on conspiracy theorists, where every policy decision is made by a dozen people in a smokey room. Or maybe aliens in a spaceship. The extent of such conspiracy theories is limited only by your imagination.

As for me, I think it’s best to let go of the search for meaning. Finding the meaning of life is like grasping onto sand. The harder you try, the more it eludes you.