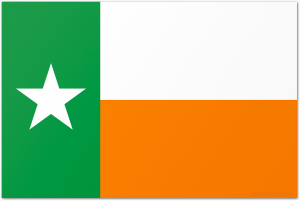 Considering how hot our summers get, winter in Dallas is surprisingly cold, though the cold is sporadic. It might be 70 one day and 20 the next. But right around the middle of March, the cold spells go away and the weather turns beautiful. Since this coincides with an existing drinking holiday, Dallasites have embraced St. Patrick’s Day as an excuse to be outside in the nice spring weather, with a solo cup full of green beer and good friends clad in emerald shirts.

Unlike St. Patrick’s celebrations in older Irish cities, St. Patrick’s Day in Dallas doesn’t have a long history. It started in the late 1970s as a simple block party, back when Greenville Avenue was populated by strip clubs and seedy bars. Greenville Avenue has grown a lot less shady in recent years, and the city of Dallas has been trying to co-opt the annual parade into a “family friendly” event. I think this is a mistake. Like it or not, St. Patrick’s Day in America isn’t about our Irish heritage; it’s about wearing green and getting trashed. And you know what. I’m okay with that. There’s nothing wrong with an occasional excuse to party.

What’s St. Patrick’s Day like in your hometown? Let me know your thoughts in the comment section.