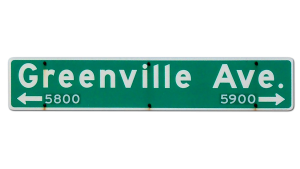 Looking for parking is always a stressful proposition, especially in Dallas. My adopted hometown is a car-centric city with scattered pockets of walkability. These little pockets are usually centered around bars and nightlife, with densely zoned city blocks and scarce parking. This isn’t a problem if you live in the neighborhood, but most people don’t, so parking is always a problem. This is especially stressful when I’m late meeting my friends. And it’s at these times, when I’m feeling my most frustrated, that I decry the scourge of valet parking.

I don’t know exactly what it is that irks me so much about valet parking. I suspect a lot of it has to do with my views on inequality in America. It’s a very visible element of class distinction in a country that fails to live up to its lofty ideals: a country founded in the name of Liberty by a bunch of slave-holding millionaires. But truth be told, it’s not the visible reminder of income inequality that bugs me. It’s the empty parking spaces cordoned off with orange cones. It’s the knowledge that I am too poor and too cheap to spring for even free valet parking. (After all, you got to tip the guy.) I’m also uncomfortable with strangers driving my car. I suspect that might be a case of mild culture shock.

I was born in South St. Louis and grew up in Lansing, Michigan. I grew up in a blue collar environment where valet parking was a completely foreign concept. In fact, I can’t recall ever seeing a valet stand in Lansing. So in my mind, I came to associate valet parking with the richest of the rich. But here in Dallas, valet parking is fairly common amongst the Upper Middle Class. It’s a slight cultural difference of living in a much bigger city, and I probably shouldn’t read into it too much.

There is one other aspect of valet parking that bugs me. Even here in Dallas, where it’s pretty common, valet parking is more prevalent in some neighborhoods than in others. It’s the norm in Uptown and virtually unheard of in Deep Ellum. And until a year or two ago, it was unheard of on Lower Greenville. Seeing valets on Greenville Avenue serves as a sign that the frat boys and $30,000 millionaires are wandering out of the over-gentrified Uptown and into the once skanky bars of Lower Greenville. It’s a reminder that my neighborhood is changing. And while I know that change is inevitable, there’s a part of me that wants to keep Lower Greenville exactly as it is.

In any case, all of this will be moot once self-driving cars take over. I can’t wait for that day.