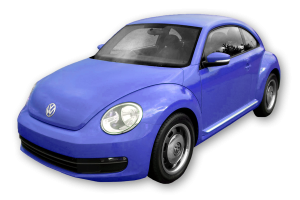 It’s hard to live car free in America. Ever since General Motors conspired to eliminate the nation’s streetcars, our national infrastructure has been built around the automobile. You might be able to go car free in Manhattan, Boston or Chicago, but trying to live without a car anywhere else is just a nightmare.

Public transportation has made a comeback in recent years, but this newfound renaissance is just a drop in the bucket. After a hundred years of planning urban areas around automobiles, our cities are too spread out to make effective use of public transit. The DFW Metroplex is a good example of this. The expansion of the light rail system and other mass transit has made it possible to live car free in the City of Dallas. However, there is still far too much suburban sprawl to give up automobiles altogether.

For years, urban planners have been trying to create spaces that are more walkable and more accessible to rail lines. But for every neourbanist development, there are a gazillion big box stores and gated neighborhoods. The suburban way of life is a self-fulfilling prophecy. It’s hard to live car free, so everyone owns a car. It’s more convenient to drive, so the city is tailored to drivers. Thus developers have scant incentive to build more walkable neighborhoods.

If America is going to break its dependency on automobiles, it’s going to take a long time no matter what happens. Even rising gas prices have failed to make a significant dent. The truth of the matter is, it took us a hundred years to get into the mess, and it’ll take another hundred to get us out.