No Downside to Mass Transit 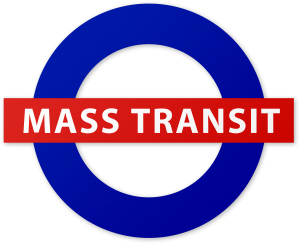 There’s no downside to more mass transit. Yeah, it costs money to build in the short term, but it’s an investment worth making. Despite the sluggish economy, America would benefit from more trains and buses. Building new train lines sounds expensive, but it’s an investment in our future. Investing in public transportation creates jobs and stimulates the economy. I’ve seen that happen in Dallas. Whenever they open a new train station here, it’s often followed by a shopping center, office space, or mixed use development.

Improving our transportation infrastructure also reduces pollution and traffic, since people will drive less when presented with a reasonable alternative. Furthermore, the increased use of trains and buses promotes health, since taking a bus or train requires more walking than driving does. Best of all, mass transit is an investment that builds upon itself. A single rail line is only good for people going from Point A to Point B, but as you expand the network and connect it to nationwide infrastructure, it becomes more useful to more people. When it comes to train systems, the more you put in, the more you get out. It may cost more money in the short term, but in the long term, there’s no downside to mass transit.