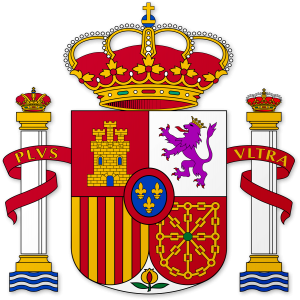 It was my first day in Spain. After an unexpected date, I met up with my friends and we checked into our hostel. After dropping off our luggage, we took a walk around the heart of Madrid, ending up on a narrow sidestreet with an even narrower sidewalk. Two old men meandered in front of us, deep in conversation, using the kind of emphatic gestures that you see with bad Italian stereotypes. Though both small of stature, they blocked two-thirds of the sidewalk. We would have to pass them single file. Making sure to stay out of the lane of traffic, I skirted between the old men and the sidewalk.

BAM! I got smacked right in the face. Fairly hard, too. The old man who hit me stopped. He looked as bewildered I must have. After a moment of stunned silence, my accidental assaulter took off on a tirade of utterly incomprehensible Castilian. Even with eight years of Spanish classes under my belt I couldn’t make out a damn word he said. I couldn’t even tell whether he was apologizing profusely or chewing me out for getting in his way. My friends seemed just as confused as me, because they stood there mouths agape. The old man’s friend looked equally confounded.

I didn’t know what to say, so I just started apologizing, “Perdón. Lo siento. Perdón. Discúlpame. Perdón.” No other words came to mind. I was just a couple hours off the plane, and already I was pissing off the locals. I didn’t want to burn my bridges just yet, so I just kept saying “perdón”.

This seemed only to rile him up. I didn’t know, he might have been apologizing as much as I, but it also sounded kind of angry. He continued rambling as we walked away, hollering until we were out of earshot. To this day, I don’t know what he was saying, but if I had to guess, I’d say he was probably complaining about me being a fat American tourist. Or something like that. In any case, getting smacked in Madrid was a weird start to my summer.