The New Urbanism in Addison, Texas

Addison, Texas is an affluent suburb just north of Dallas. The city is known for two things: the corporate headquarter buildings all along the Dallas North Tollway, and the plethora of restaurants along Belt Line Road. Addison is a town built on commerce. Like Manhattan and the City of London, the population swells during working hours. But there are people who live there. Since 2000, the Town of Addison has developed a large mixed-use development known as Addison Circle. Whereas the rest of the town is made up of strip malls and office towers, Addison Circle is built along the lines of the New Urbanism.

The Blueprints at Addison Circle 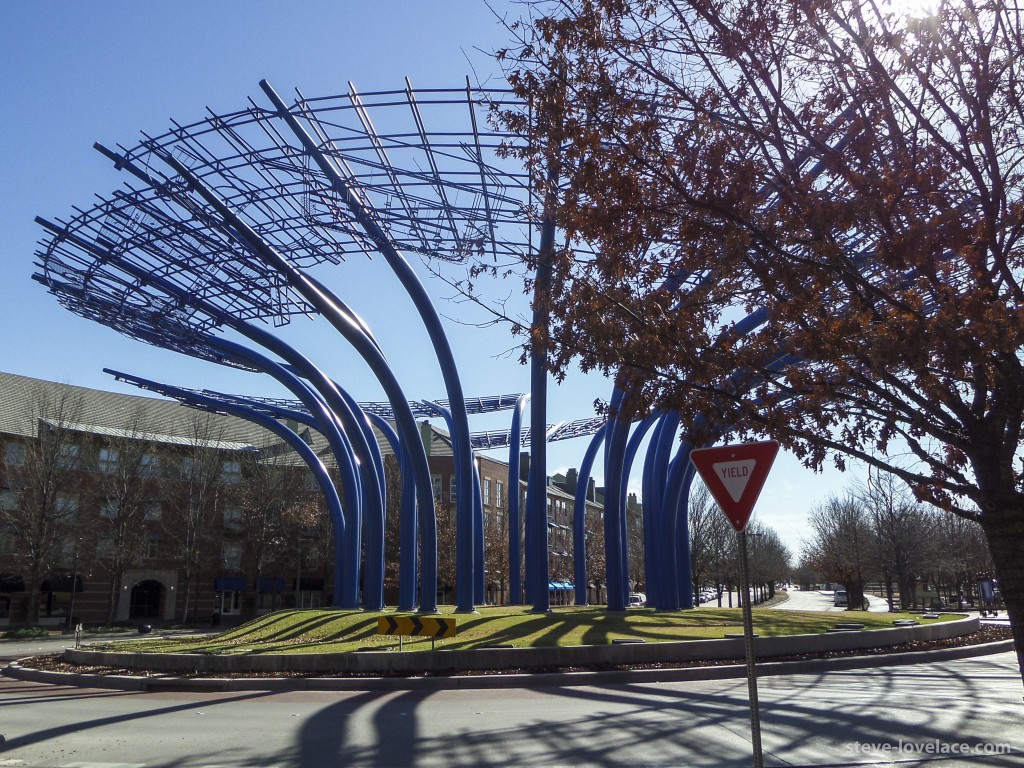 This sculpture, known as the Blueprints at Addison Circle, is the centerpiece of the neighborhood. 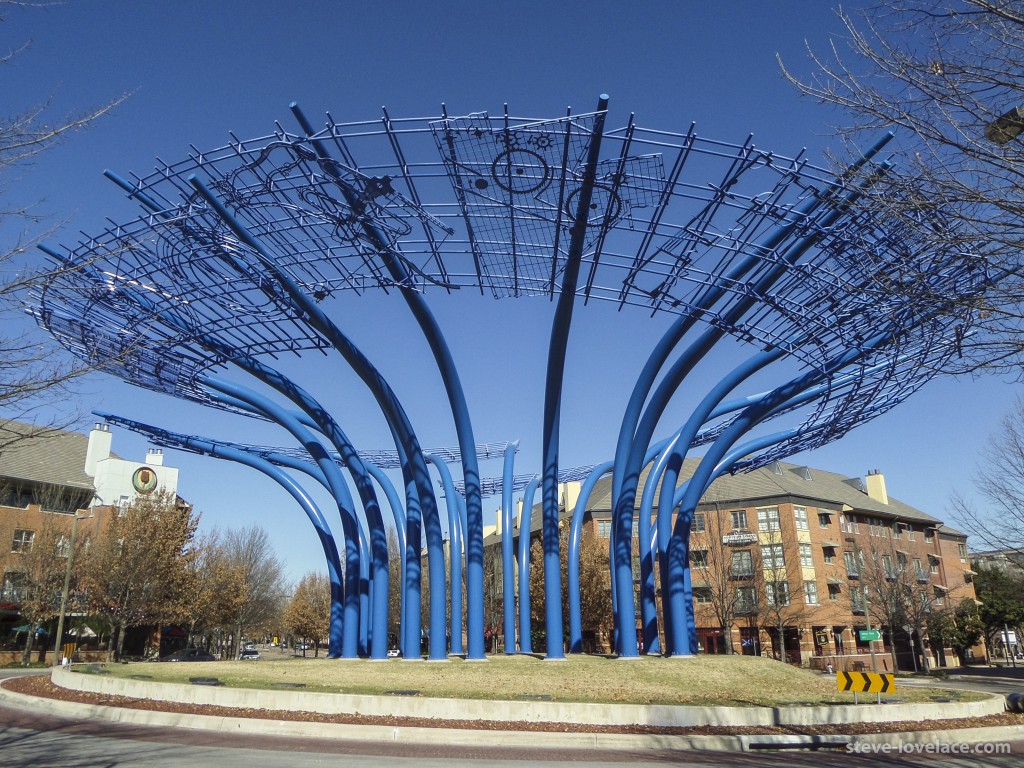 Looking at the Blueprints sculpture close up reveals, well, blueprints. Also diagrams and a map of early Addison. 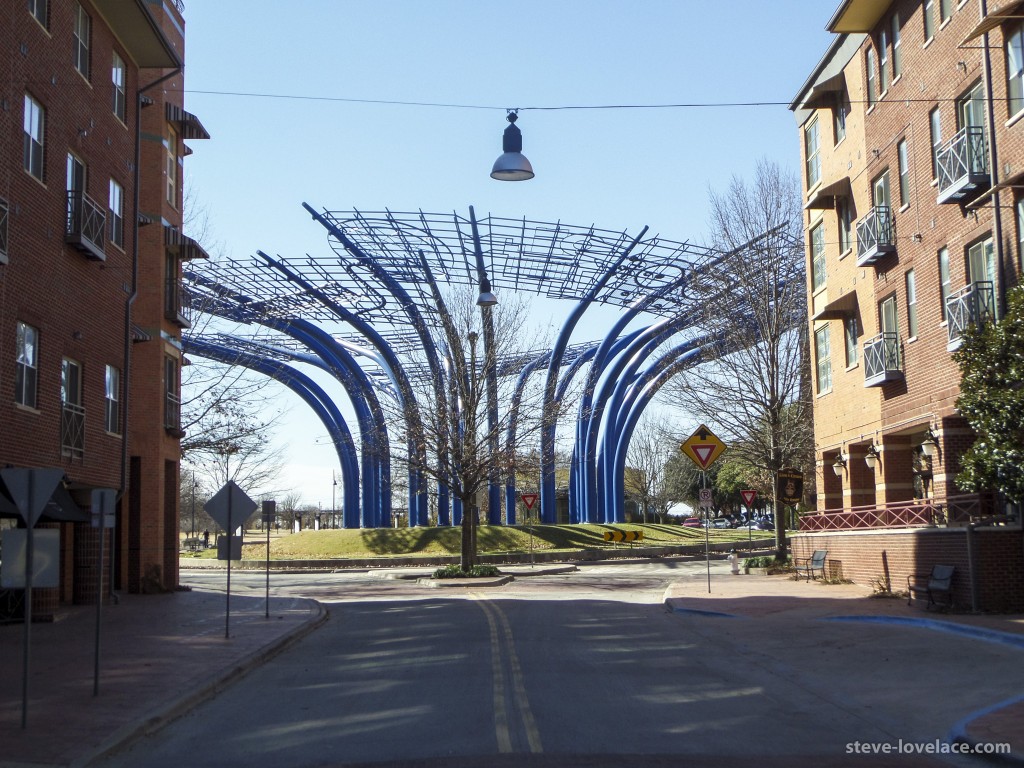 I like how the Blueprints sculpture is framed by the buildings around it. 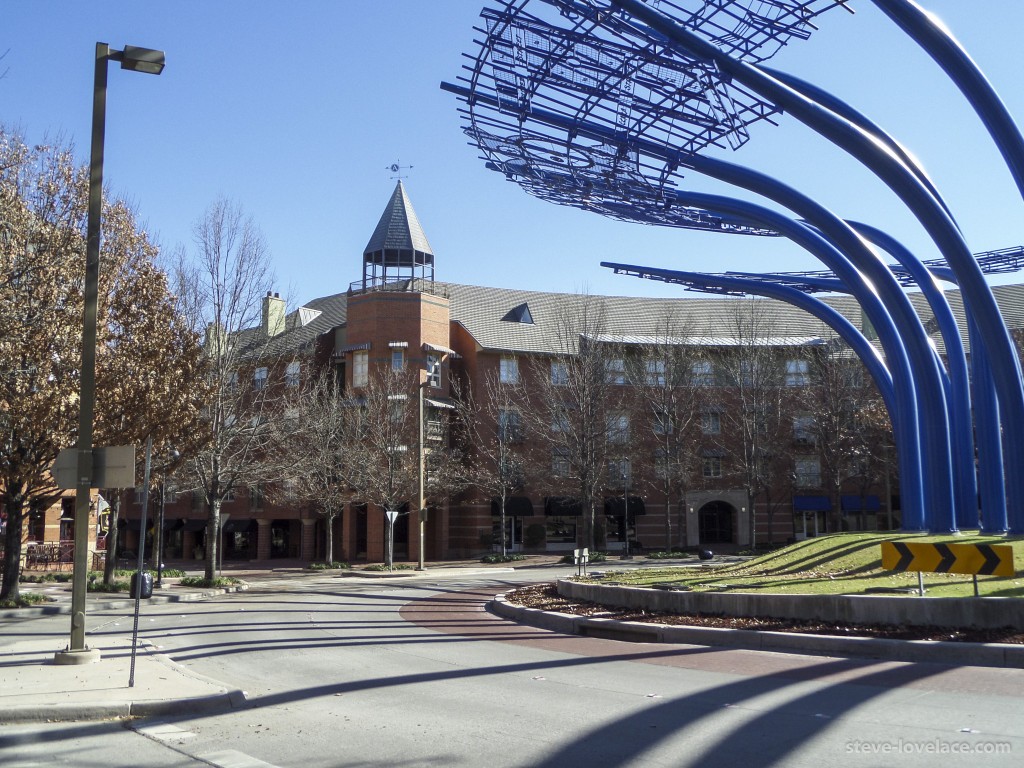 Apartments and bars overlook the sculpture. 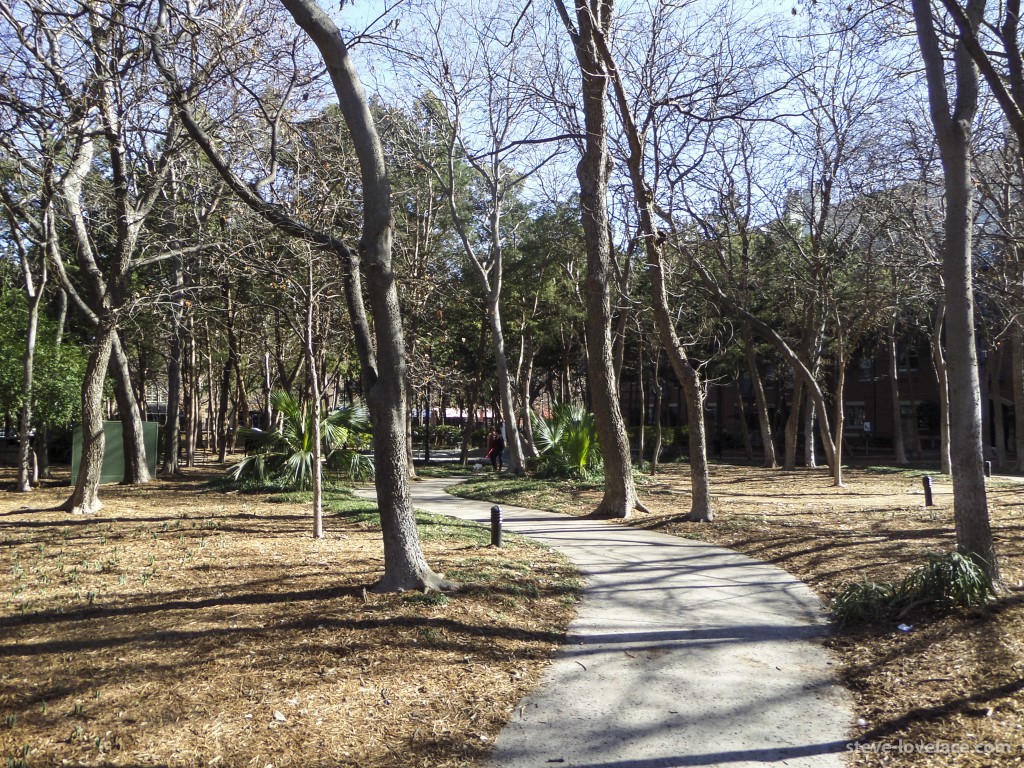 Even though the area is much denser than the surrounding suburbs, there’s still a fair amount of park space. 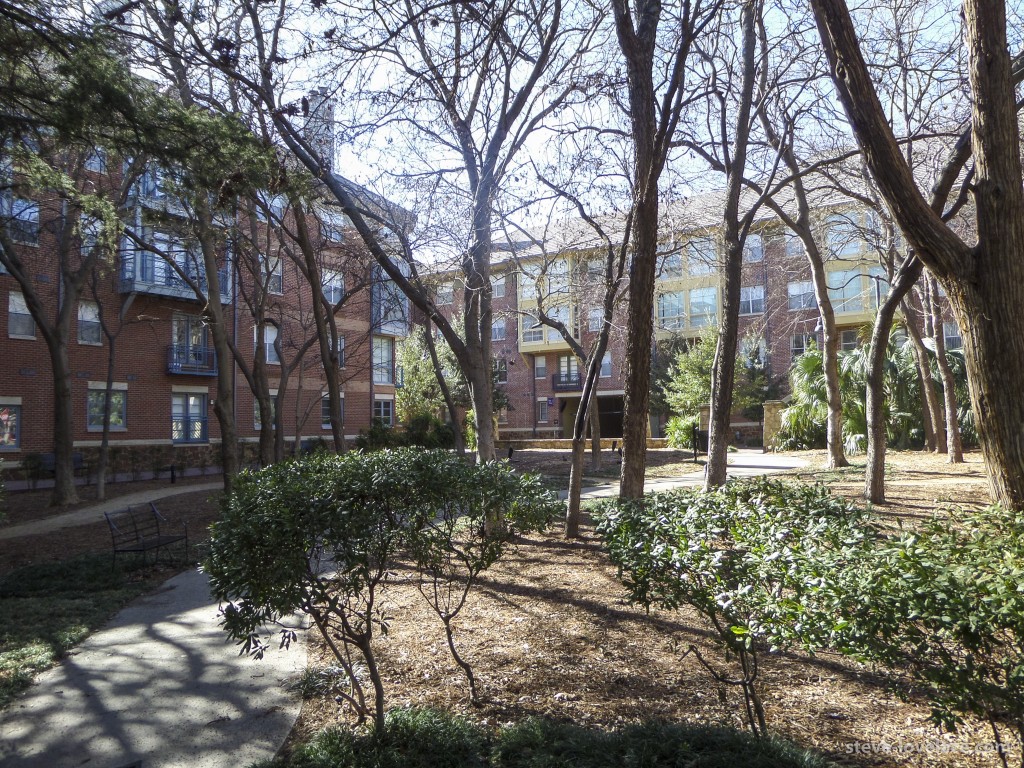 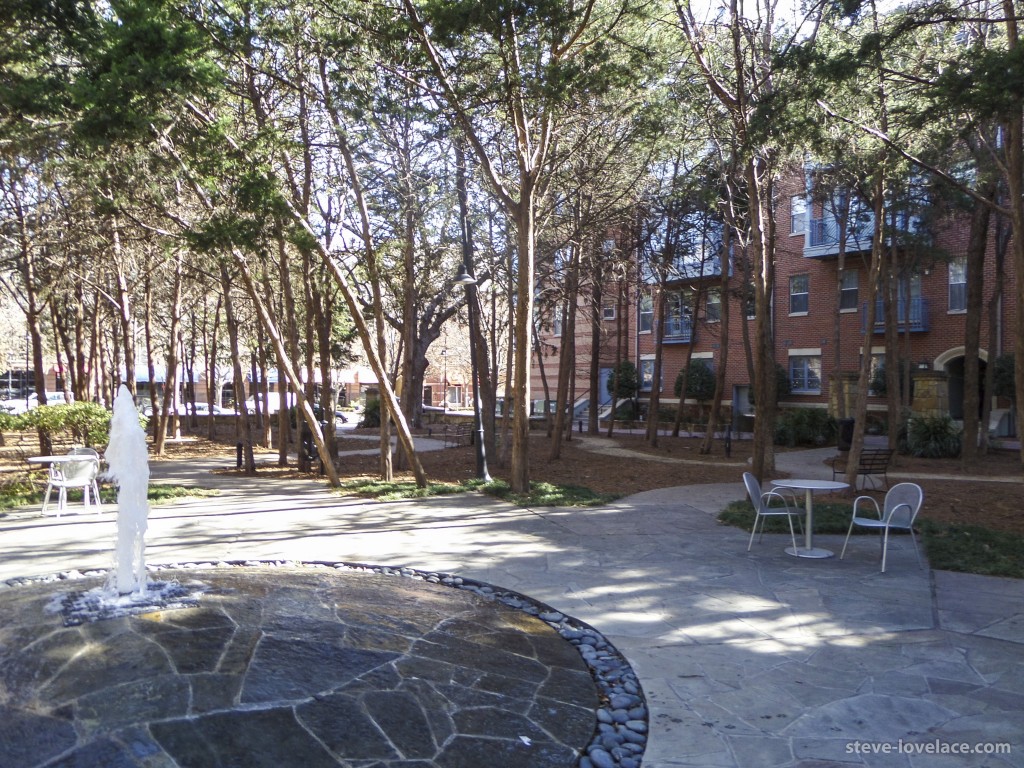 This seems like a pleasant place to eat lunch. 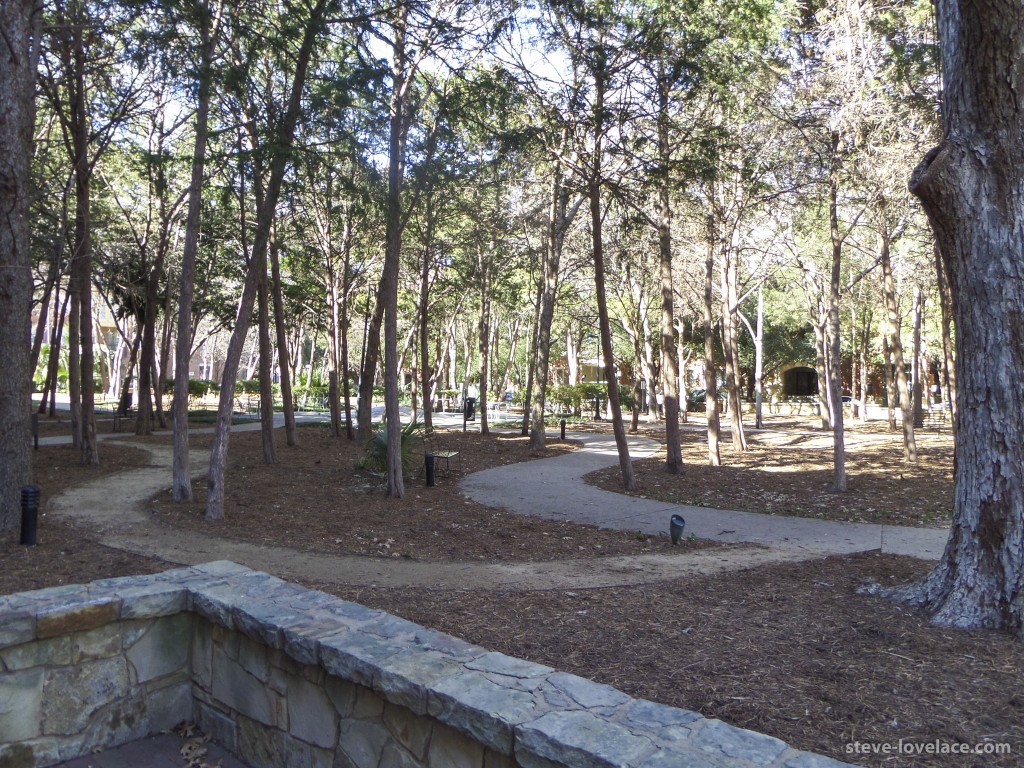 This park provides plenty of shade on hot Texas days. 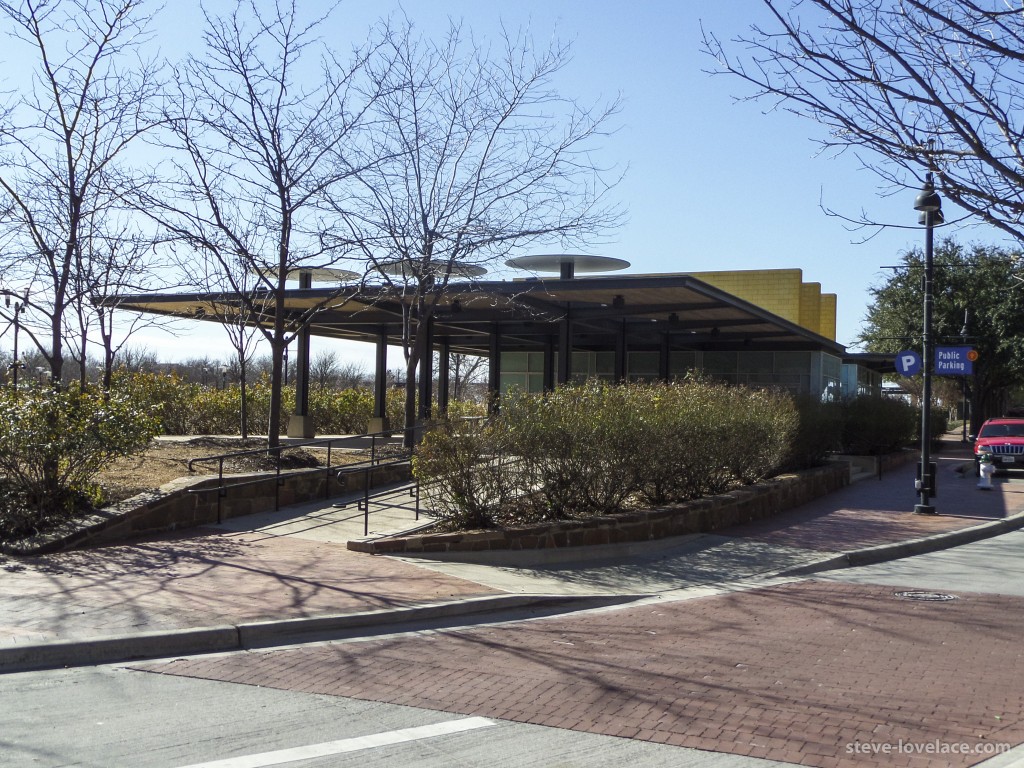 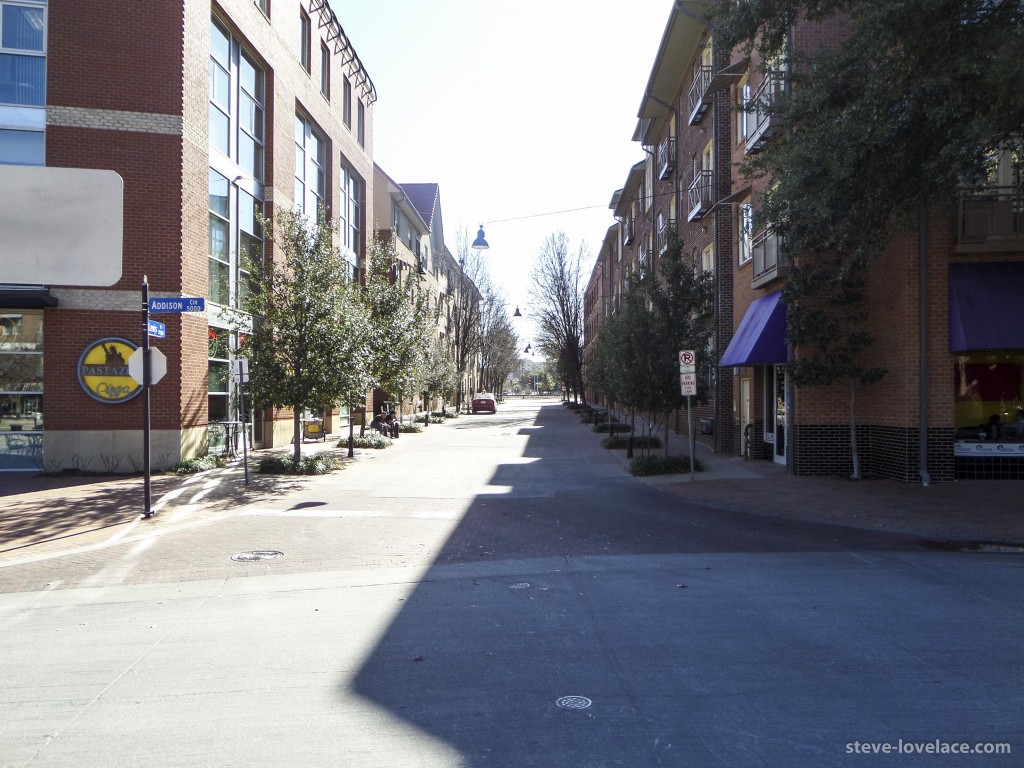 An important aspect of Neourbanism is keeping streets narrow and pedestrian friendly. 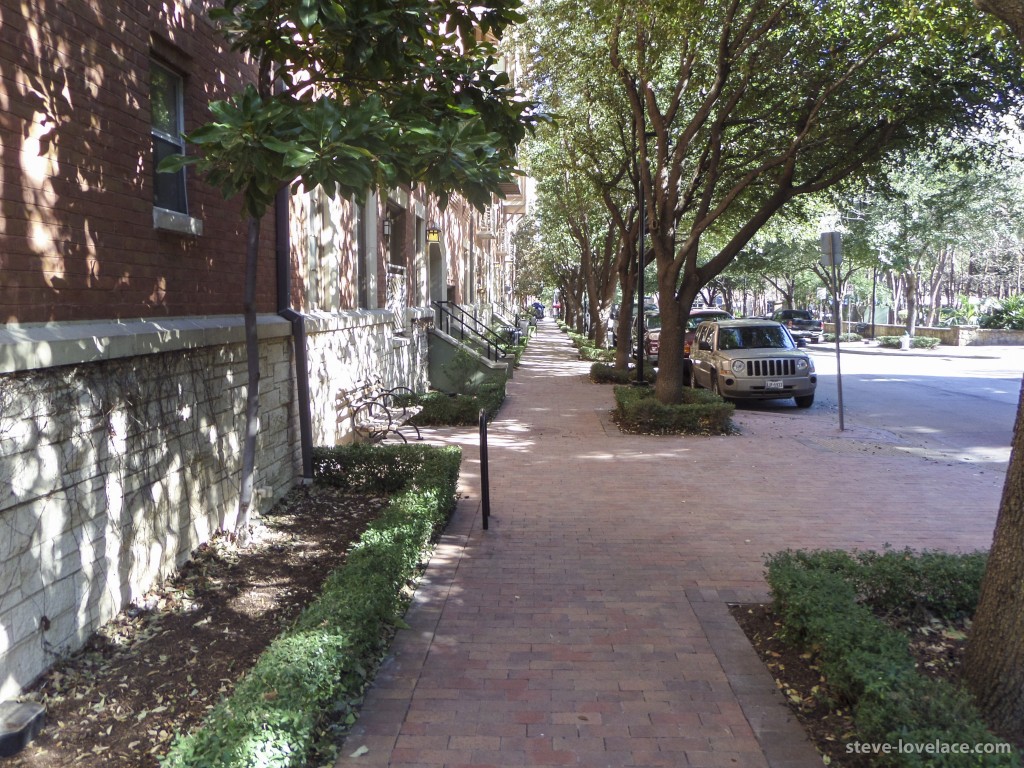 These townhouses remind be of Brooklyn brownstones, though it’s all relatively new construction. 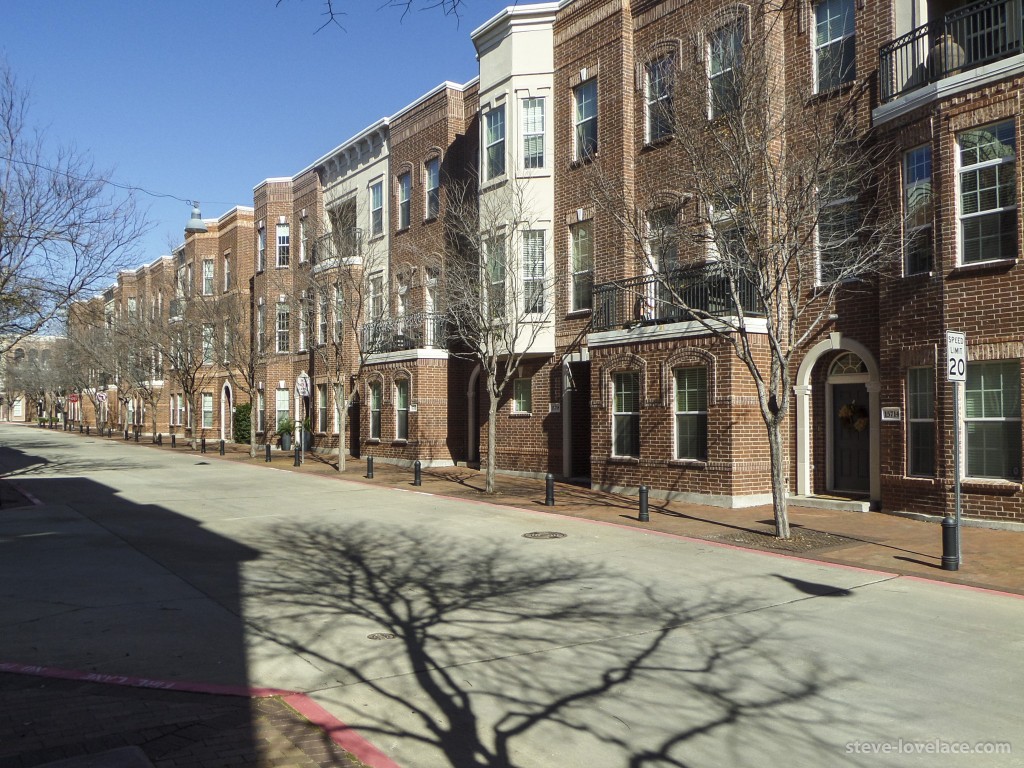 My one big criticism of the development would be that all the buildings look the same. 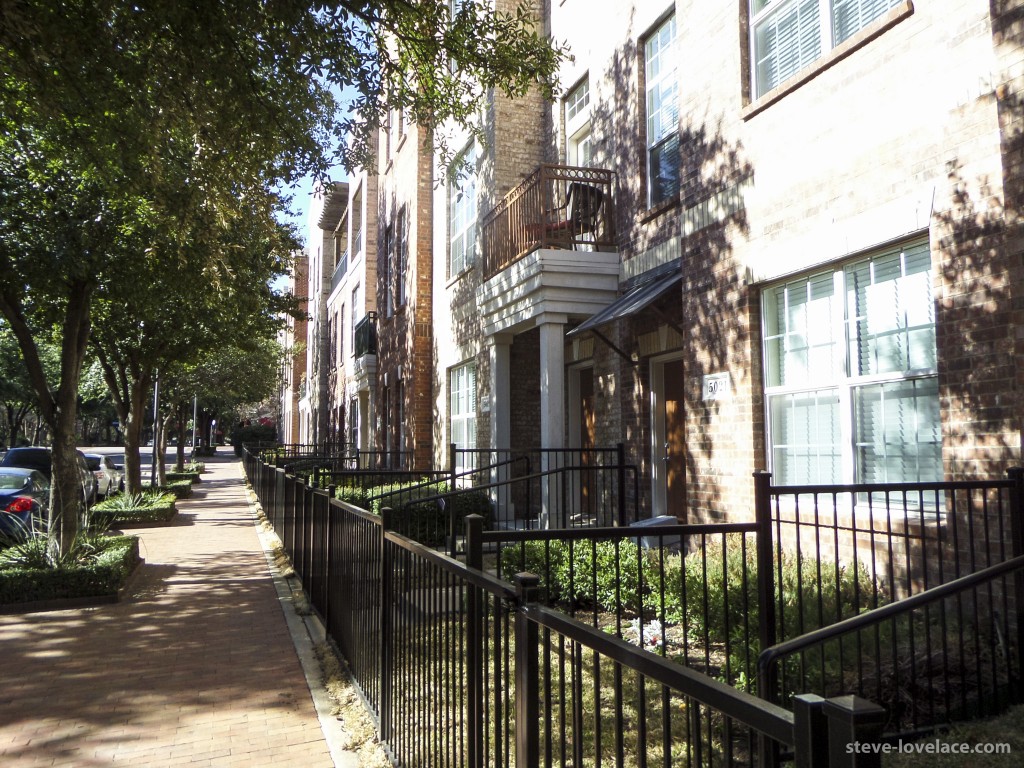 I do like the shade trees along the street. 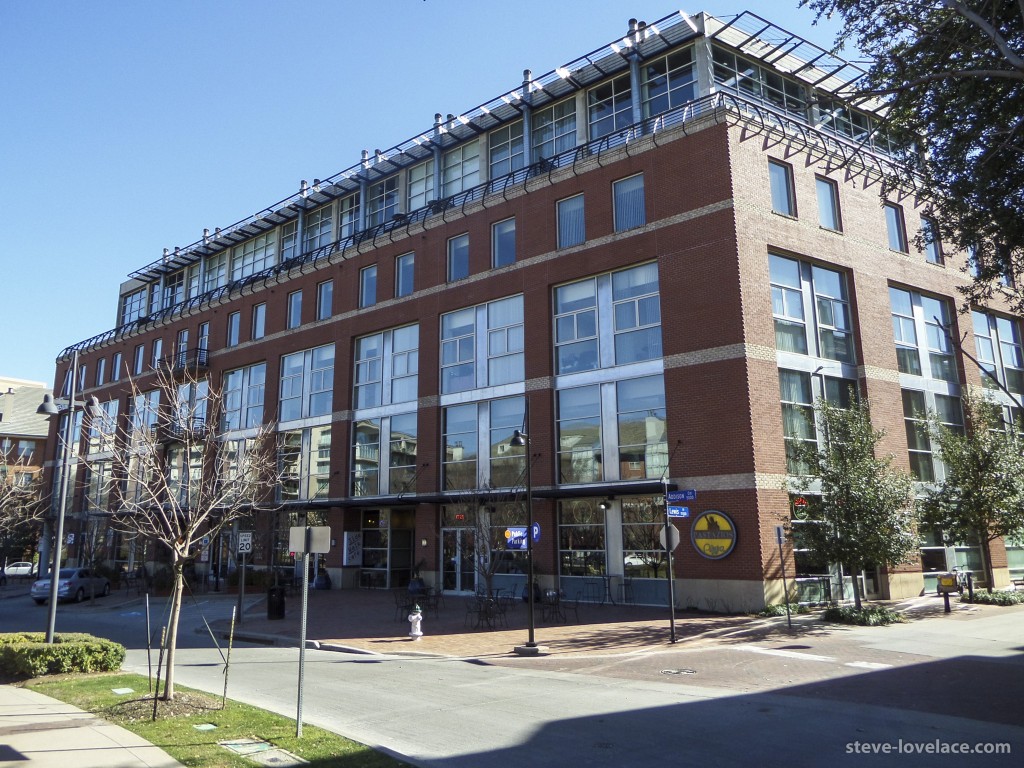 As a mixed-use development, Addison Circle has office buildings mixed in with apartments. 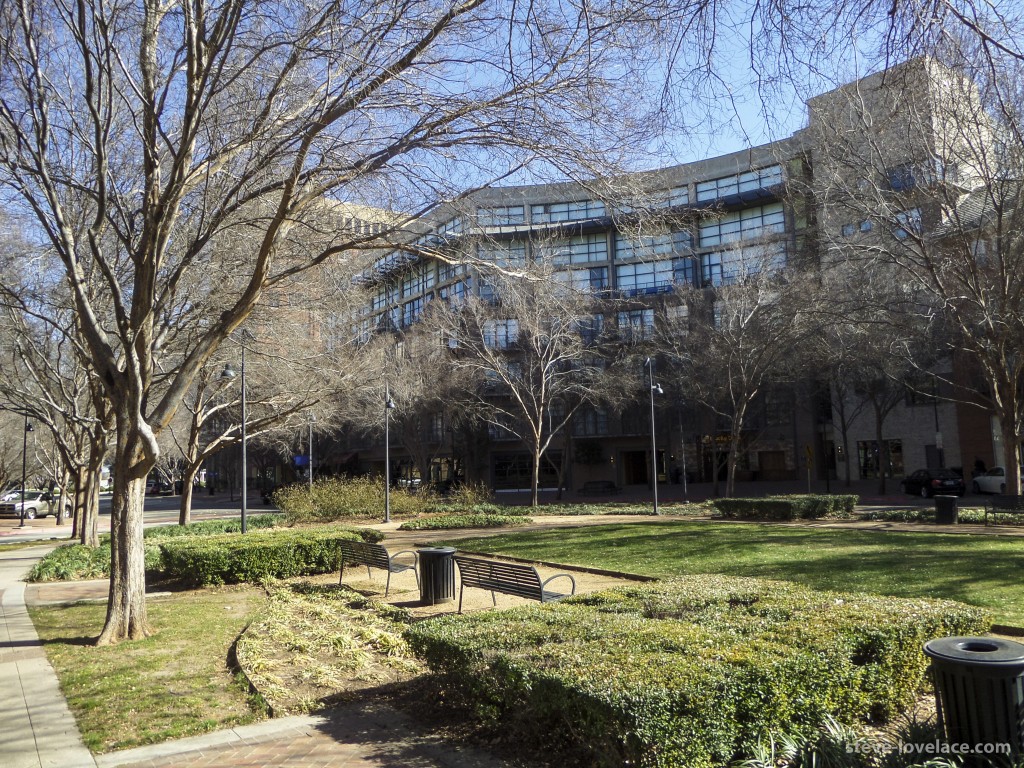 Another office building, as well as a mini-park in the median of the road. 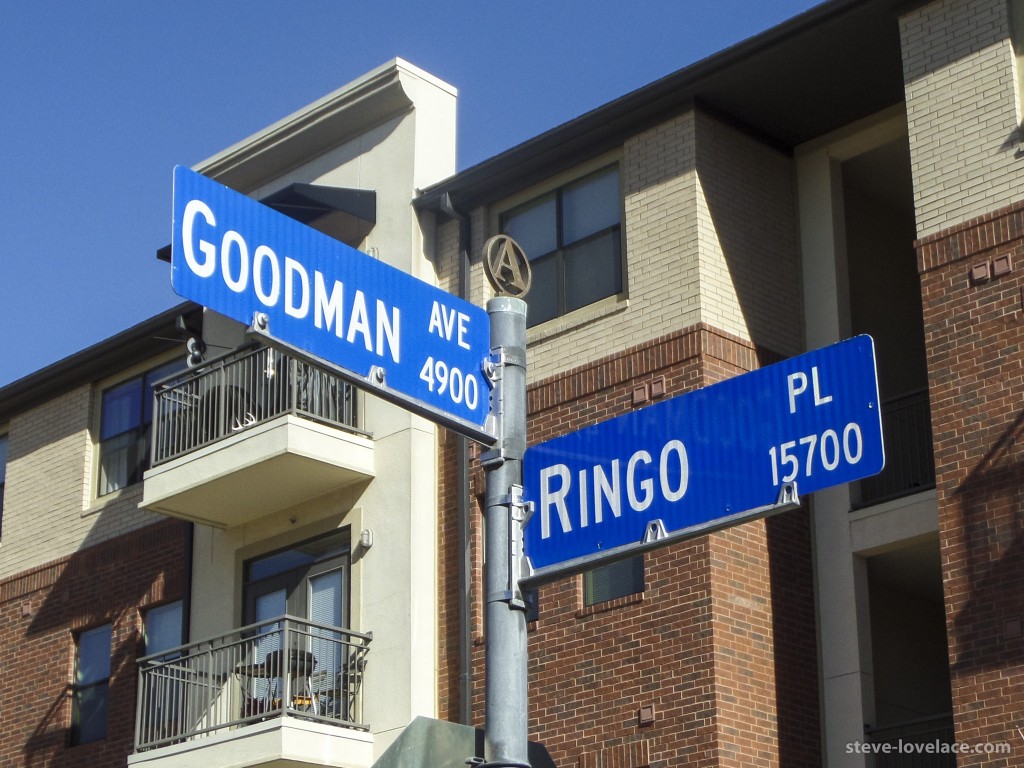 This makes me think of John Goodman and Ringo Starr doing a duet together. A strange image indeed.

The New Urbanism in Addison

Started by the husband-and-wife team of Andrés Duany and Elizabeth Plater-Zyberk, the New Urbanism seeks to counteract a century of car-centered suburban development. Instead of putting a subdivision here, and office park there and a strip mall down the street, Neourbanist planners try to develop neighborhoods that resemble pre-automotive cities. That means apartment blocks with stores and offices on the lower floors. It means narrow streets interspersed with trees and parks. But unlike a genuine old city, Neourban developments have to make concessions to a car-crazy culture. Most of the apartment blocks in Addison Circle are built around multi-story parking garages, and many of the townhouses have garages on the ground floor. Developments like Addison Circle do a good job of hiding such accommodations, however, and walking down the streets, you could almost pretend you’re in Paris. Almost.