Samoa Stories: Where the Streets Have No Names 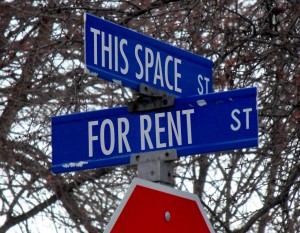 In American Samoa, the streets have no names. Not officially, anyway. Sometimes people refer to “the main road”, which crosses the island, or “the airport road”, which leads to the airport. Sometimes roads are named for the village they run through/to, like “the Ili’ili road” or “the Fogagogo road”. But while these unofficial names are handy for giving directions, they suck for ordering a pizza.

You see, there are no house numbers in American Samoa. No street addresses at all. All mail delivery there is through PO Box. There is no FedEx, UPS or DHL. But there is pizza delivery. The Pizza Hut/KFC in Tafuna delivers, but to get your pizza, you have to describe in detail where you live. This isn’t a problem for people who have lived on-island all their lives, but for expats like us, it’s a lot more difficult. Factor in the language barrier (English is the official language, but Samoan is still more common in everyday life), and you could just as soon drive down to Pizza Hut and get your pizza.

One night, my mom and my sister were out at a friend’s house, so my dad and I decided to order a pizza. I was in my bedroom, playing on the computer, when I heard him holler my name. I ran into the living room, where my dad had a phone in one ear and a broom in the other. He was chasing the cat while trying to giving directions in Pidgin Samoan. The cat, meanwhile was chasing a toad, larger than a softball, and the toad was chasing a six-inch centipede.

I had to stifle a laugh at the cat-toad-centipede parade. My dad needed help, so I grabbed the cat and locked him in the bathroom. Then I shooed the toad out the door before going after the centipede. When I finished, my dad was still on the phone, telling the woman at Pizza Hut to look for a specific coconut tree. Even with the directions, our pizza was cold when it arrived. We resolved from then on to just drive down to Pizza Hut. Still, it would have been nice to have a street address. It’s something that people here in the mainland US take for granted.