A friend here in Dallas turned me onto Magic Hat #9. This caramel-colored beer bills itself as a not quite pale ale, and although I am not a big fan of pale ales in general, I really liked this one. One day, I was throwing away a six pack of #9 when I looked at the bottom of the carton. It said “next time you’re in Vermont, come visit the Magic Hat Artifactory in South Burlington”. I happened to be planning a trip to Vermont at that very moment, so I decided to go. I’m very glad I did. 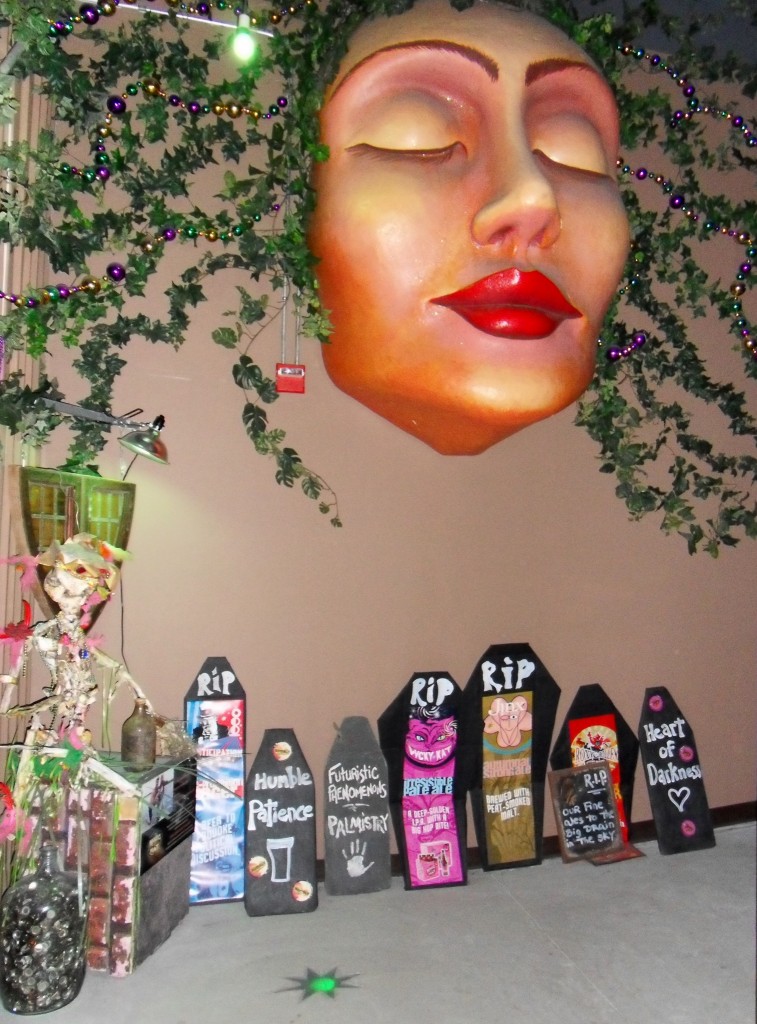 A memorial to all the beers they’ve discontinued. 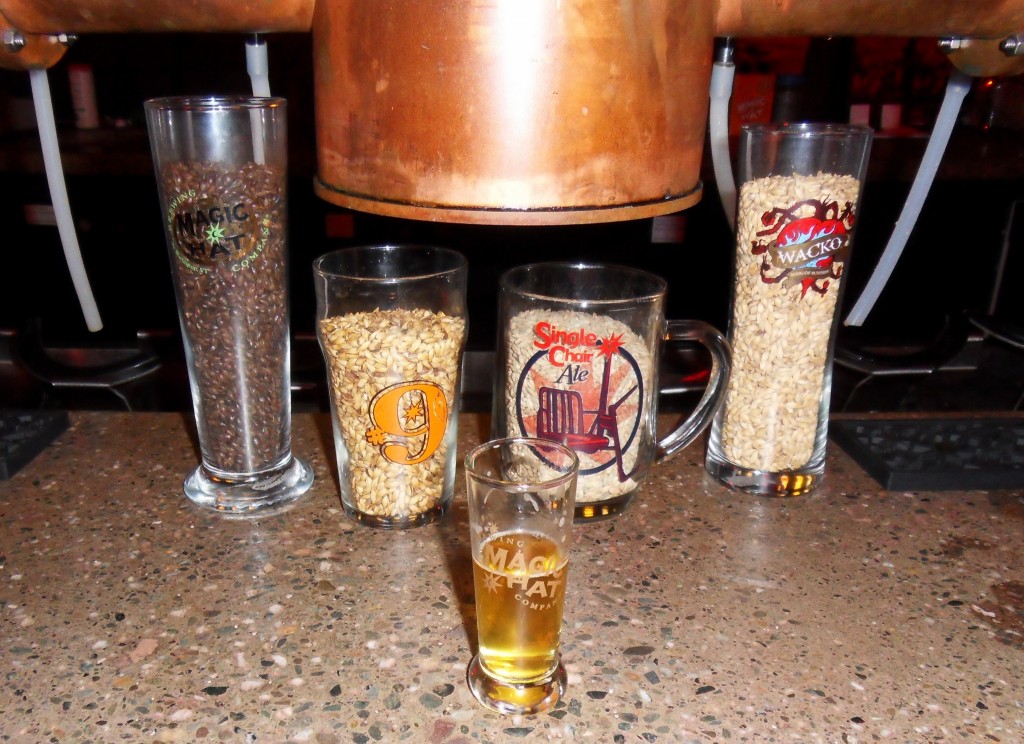 The makings of beer. 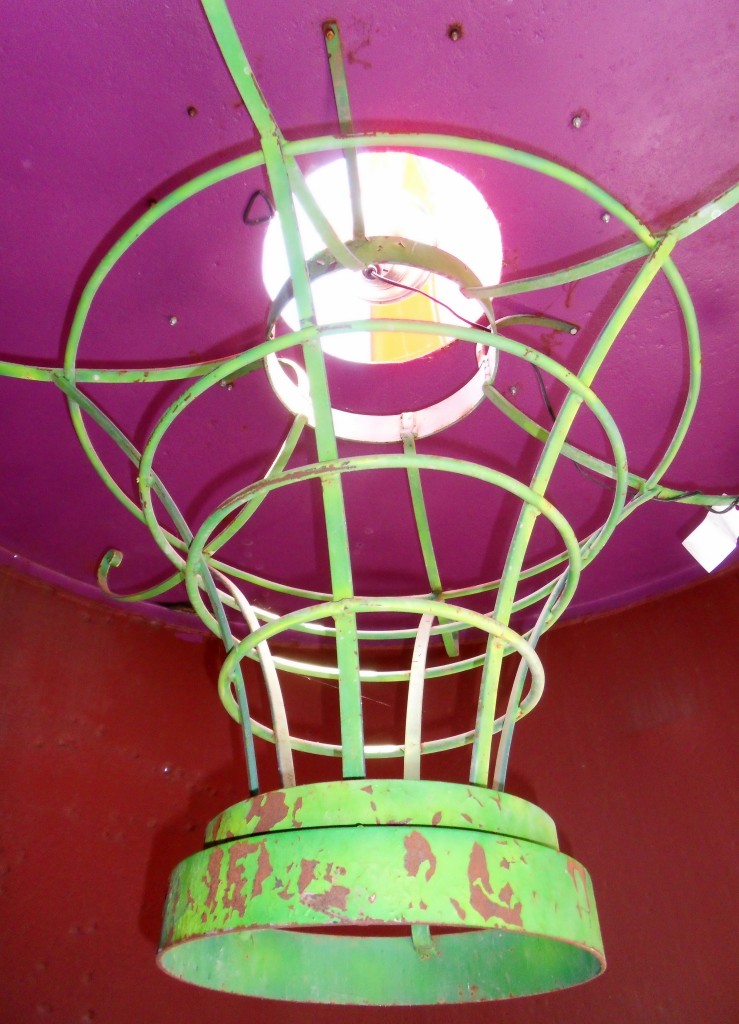 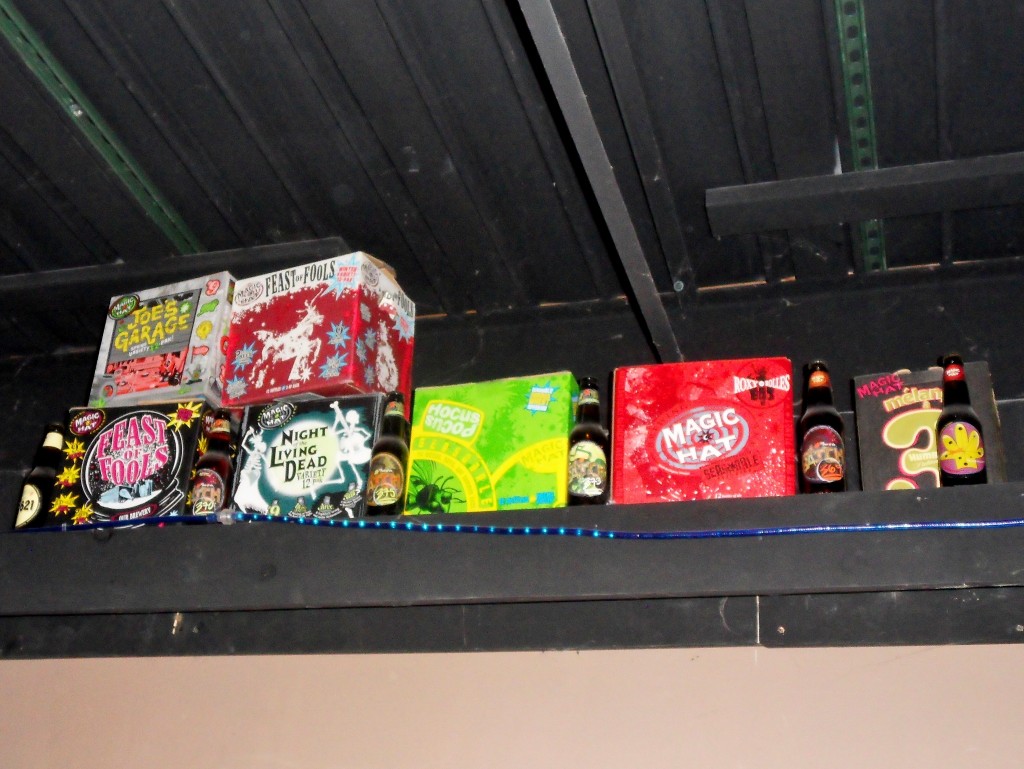 Just a few of the different kinds of beer they brew.

Another Kind of Magic Hat 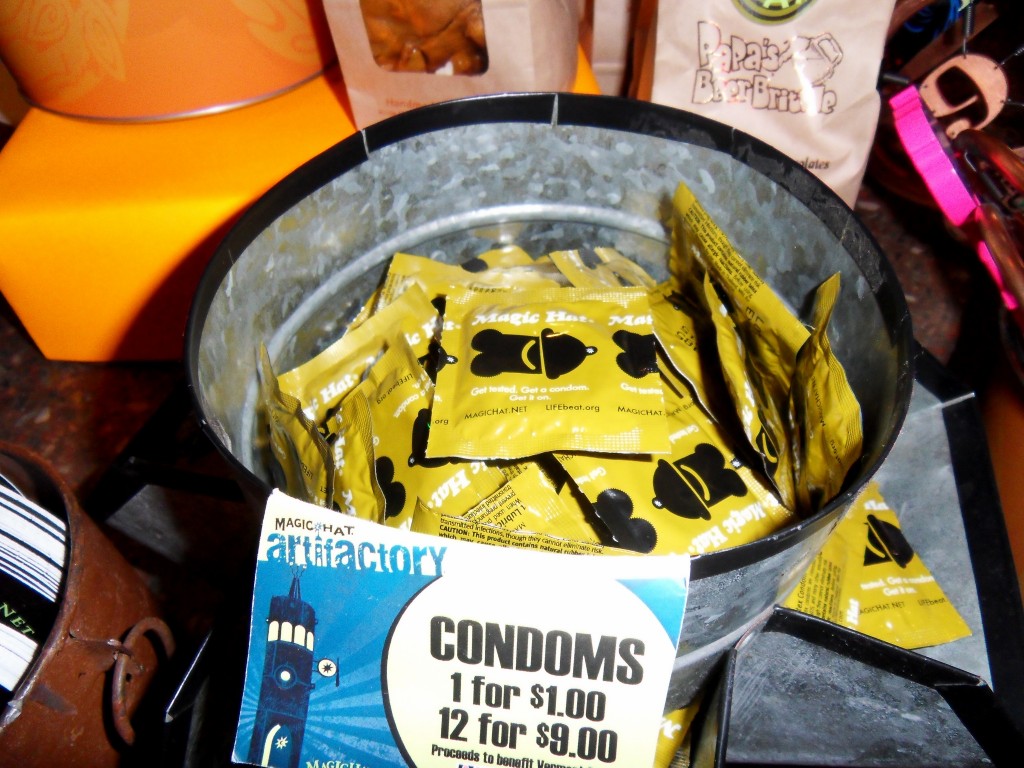 Magic Hat is a better name for condoms than for beer, though one leads to the other. 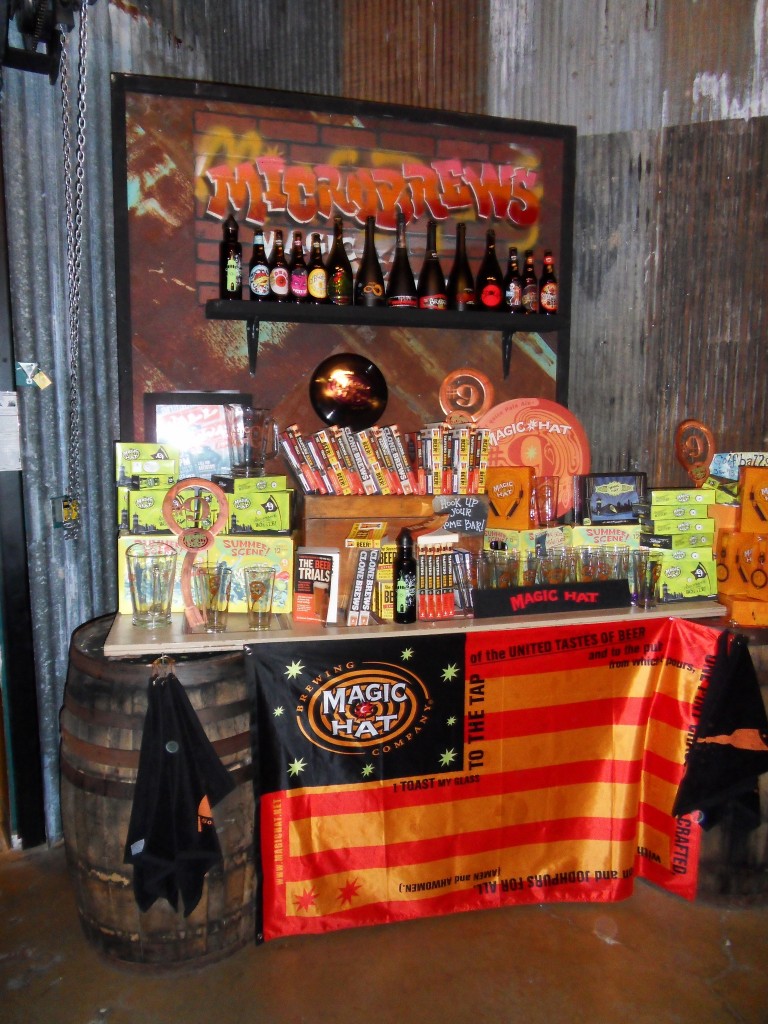 This flag is a bit too busy for my tastes.

The Magic Hat logo, made into an outhouse porthole. 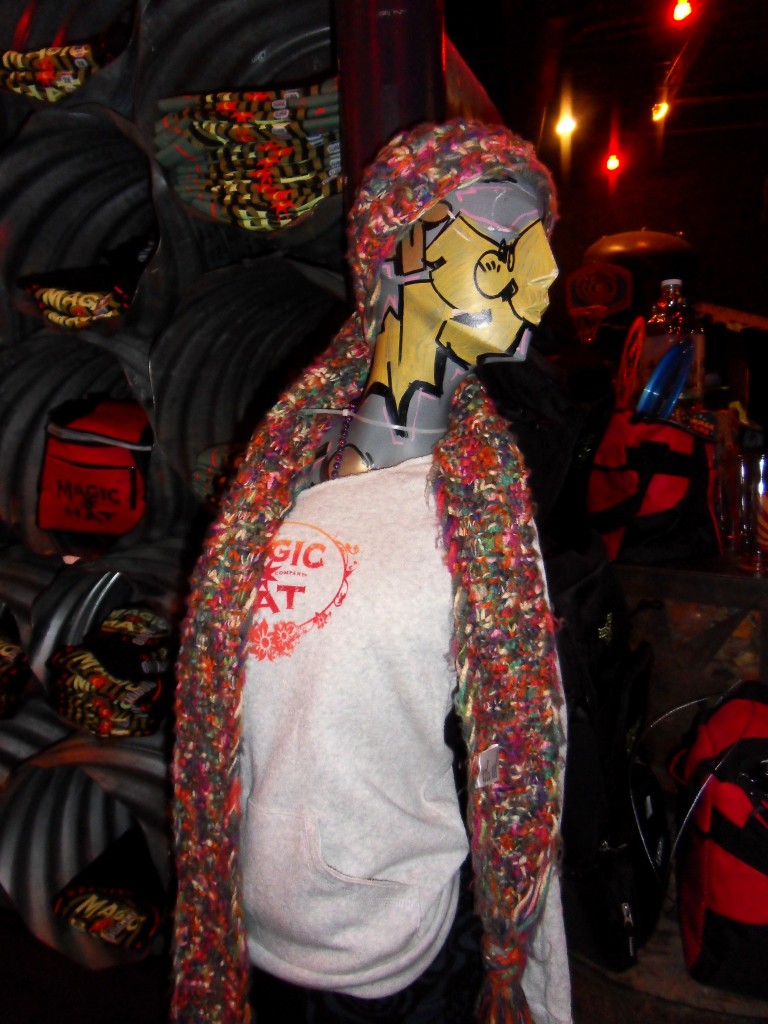 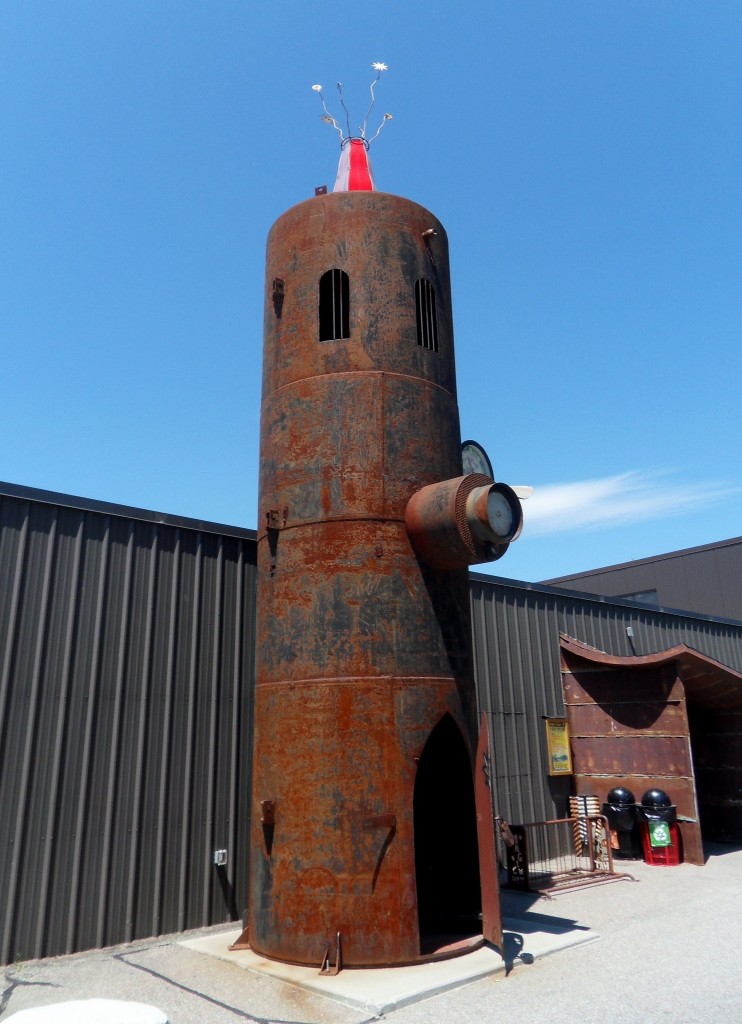 You can climb to the top of this tower. 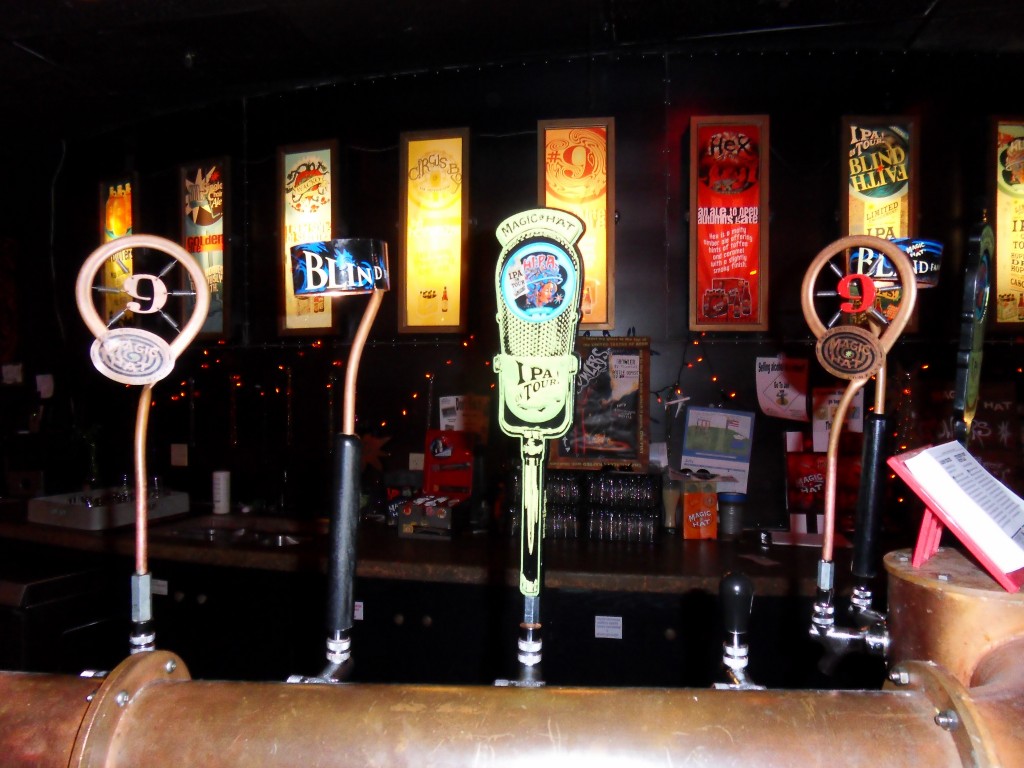 These beer taps are pretty cool, though they cost $50 a pop. 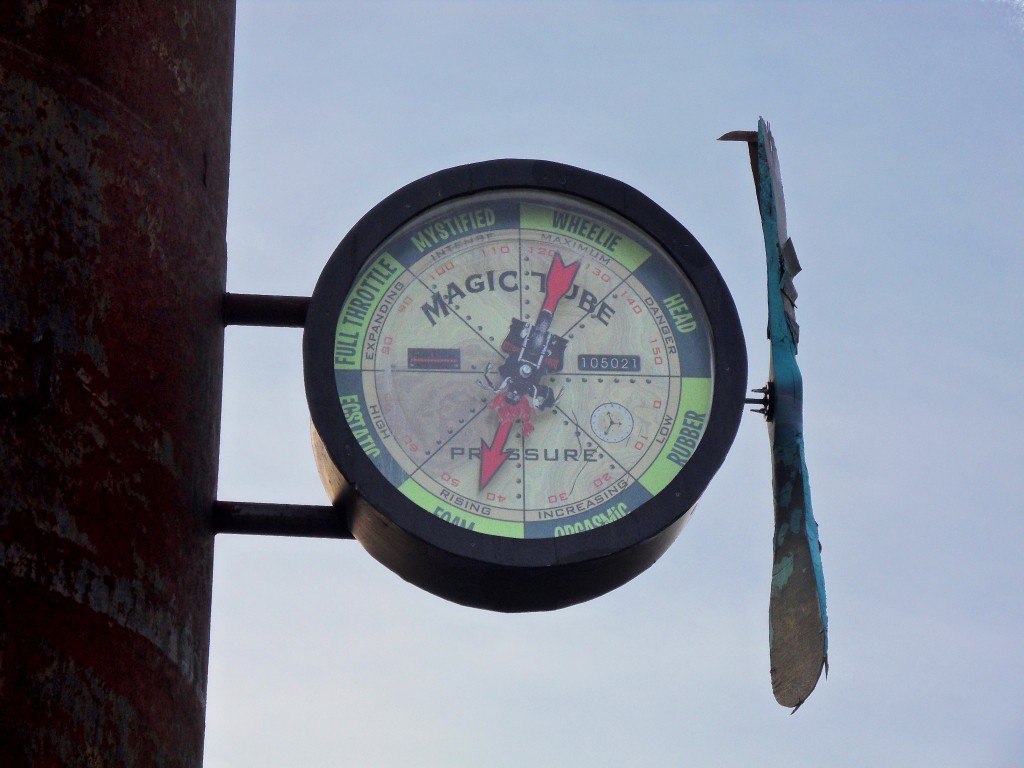 I’m not sure what this is measuring. 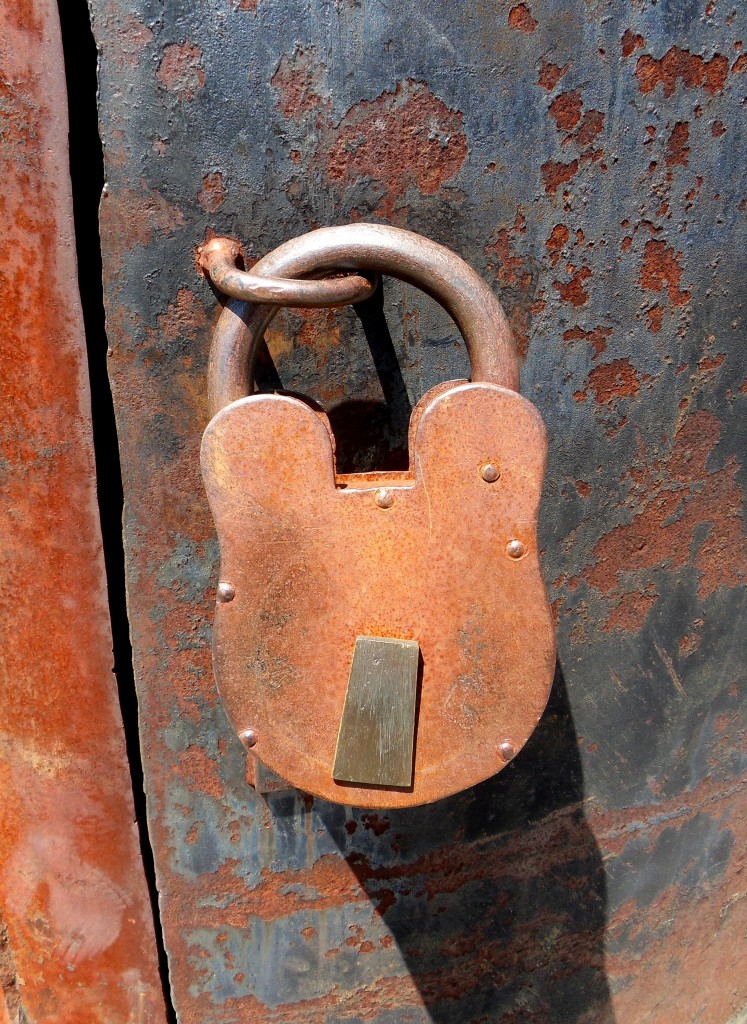 What kind of Mickey Mouse padlock is this?

Vermont has very little suburban sprawl, but it does have some. Magic Hat’s brewery is located just off of a strip of chain stores and restaurants that looks like it could be anywhere in the US. Once you pull into the parking lot however, you’ll see that the Magic Hat has gone out of its way to make a unique destination. Out front is an old rusty tank with funky decorations on it. There’s a staircase inside, and you can go up to the top and take pictures. Inside the building is an extensive gift shop, with a bar. There you can sample a half-dozen kinds of beer for free, or buy a pint or a growler. You can even take a tour (guided or solo) of the working brewery and bottling plant. If you’re a beer lover, and you’re ever in Vermont, I highly recommend Magic Hat.