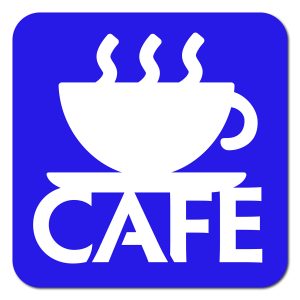 Why are there so many good suburban coffee shops? I found myself wondering this one afternoon after work. I was going to a happy hour out in Grapevine, and it didn’t make sense to go home. So I looked up coffee shops in the area and found one in the same strip mall as the happy hour I was attending. I wasn’t expecting much, but the place was as nice, if not nicer, than any place I frequented in the city.

It’s no secret that I don’t care for the suburbs. In fact, I actively dislike them. To me the suburbs are inefficient, with huge tracts of McMansions squeezed between sprawling parking lots and Big Box stores. But I don’t want to go off on a rant about urban planning in America. Instead, I’d like to focus on the difference between urban and suburban coffee shops.

Here in Dallas, at least, the coffee shop scene is dominated by Starbucks. Beyond that, there are maybe 10-20 locally-owned places. And that’s it. Some of these locally owned places are pretty nifty, but some are pretentious hipster havens. I suppose that’s what’s popular nowadays, but I like the more homey type of coffee shops, the kind you often find in the suburbs. Maybe it’s the nostalgia talking, but these suburban coffee shops, with comfy couches and a large menu, remind me more of the cafes of my high school and college years. Meanwhile the urban coffee shops near my house often feel sterile and cold, with hard wooden chairs and a minimalist menu.

The more I think about it, the more I wonder if it’s me. A lot of my peers have moved out to the ‘burbs, in search of affordable housing and halfway-decent schools. It seems the 1990s coffee shop aesthetic has followed them. That’s why these suburban coffee shops are so comforting to me. They may be full of bratty kids and soccer moms, but they’re made to appeal to my generation. Meanwhile the hipster cafes of the inner city are out for a younger demographic.

I’m not looking to settle down and move to the suburbs anytime soon, so I’ll have to make due with corporate Starbucks and pretentious hipster dives. As with my tastes in music, I’ll try not to get too set in my ways. At least I know that, when I need to go outside of the Interstate 635 loop, I’ll be able to find somewhere nice to get some writing done.