I Am Not a Coffee Snob 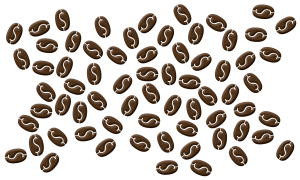 I’ve been telling people for years that I am a coffee snob. After all, I’ve been a coffee drinker since I was five. I rarely ever drink Folgers and Maxwell House. I spend an unhealthy portion of my paycheck at Starbucks, and I grind my own coffee at home. After going to a couple of pretentious coffee shops. I realize that I’m not nearly as snobby as I thought.

Too Rich for My Blood

This spring, they started building a new coffee shop near my house, an Austin import. I was very excited about it, so excited in fact that I invited my coffee-drinking friends to join me at 9:30 am on a Sunday morning. The coffee was good, but it was insanely expensive. (And remember, I’m used to Starbucks’ already high prices.) Over the course of an hour and a half, I got a cortado, a drip coffee and a blueberry muffin, and ended up dropping thirteen bucks. Afterward, my friends and I went down the street for brunch, and I got an omelet and potatoes for $11 with tip. It made me realize that I’m just too poor to be a proper coffee snob.

My cortado was made with a regular old espresso machine, but my drip coffee was made in a Chemex. It looked a lot like the pour-overs I get at Starbucks, only it cost $4.50 instead of $1.90. The barista told me that the Chemex coffeemaker used a thicker filter that removed more of the bitter oils. And too be fair, it was a pretty good cup of coffee. But it wasn’t worth $4.50. Chemex filters are nine cents a piece: pretty expensive for coffee filters, but not worth a $2.50+ markup.