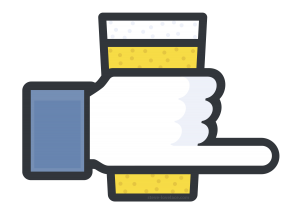 “When in doubt, pinky out.”

I realized recently that I am not a coffee snob. Even though I don’t like to drink cheap and crappy coffee, I also don’t like to spend a gazillion dollars at some pretentious coffee house. I’ve been thinking about this phenomenon recently and realized that it’s true for a lot of things. I am not a beer snob either. I drink a fair amount of craft beer, but honestly, a lot of the subtleties are lost on me. 21st century beer connoisseurs describe their beers in much the same terms as wine snobs, describing the complex aromas and flavors. I can tell the difference between a stout and a hefeweisen, and I can tell you if a beer tastes good to me, but that’s about it.

I think it’s important not to confuse snobbery and standards. Not liking Folger’s or Bud Light doesn’t make you a snob; it just means you don’t like total crap. And even if you are a snob in one area, you don’t have to be a snob in another. For example, I won’t drink cheap coffee, but I will drink cheap tea. If I go somewhere with cheap coffee and tea, I’ll choose the tea over the coffee. Why? Because my standards for tea are pretty low, so I’m more likely to enjoy the tea when it isn’t very good.

What food and drinks are you a snob about? Let me know in the comment section.