The Fraternity of Starbucks 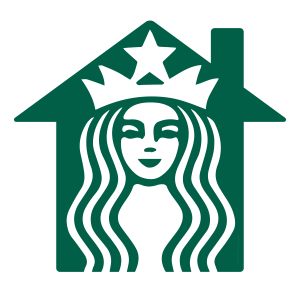 Despite the worst economy in years, Starbucks is thriving. You would think that a company (in)famous for its five dollar coffee would be the first to roll over in the recession, but the company as a whole seems to be pretty viable. And that’s despite increased competition from cheaper places like McDonald’s, Dunkin’ Donuts, and even 7-Eleven. There are plenty of books and blogs out there analyzing why, but as a Starbucks junkie, I think it comes down to one major factor: Starbucks is a club, a fraternity that makes its members (customers) feel like they’re part of something special.

Starbucks has its own lingo, most notably in its drink sizes: “tall”, “grande” and “venti”. Why not “small”, “medium” and “large”? The employees (“partners”) there certainly understand the difference. If you go in and order a small latte, the cashier will give you want while repeating a translated version to the barista making the drinks. I’m certain that the main reason for this is to make sure your order comes out right, but it also serves a secondary purpose: language immersion. As a former Spanish teacher, I am very familiar with this concept. If a student asked me a question in English, I would repeat it back in Spanish, reinforcing the translation in the students’ heads. Through its use of shorthand, Starbucks does the same for its customers, making them feel like they’re part of a club, one with its own secret code.

Of course, clubs need more than just a secret language. They also need to provide their members with “perks”. Starbucks has this, in the form of the Gold Card. This gives you things like free shots of syrup, free refills of drip coffee and a free drink every fifteen drinks. But here’s the catch, you can’t just buy a membership into this club. To get in, you have to put money on a gift card, register it online, and use it to buy a certain number of drinks. If this seems convoluted, I think it’s supposed to be. There’s a certain level of “initiation” involved, one that makes you feel like you earned your status as a Gold Card member. And while it’s not on a level of hazing anywhere near that of a college fraternity, it still fulfills that basic human need to belong to something.

All of this would be meaningless without the human element. Giving your drinks funny names and making your customers go through a bunch of rigamarole would be counterproductive without the personal touch to back it up. This is where Starbucks excels the most. If you’re a regular, chances are the baristas at your local Starbucks will greet you by name. And yet, if you want to know the employees’ names, you’ll have to ask. They don’t wear nametags. This helps build camaraderie. It forces customers and employees to create a human bond that makes their transaction seem less mercantile. This gives Starbucks a leg up on so many “Mom & Pop” cafes. The idea is to make you feel like you’re at a locally-owned coffeehouse while giving you the familiarity and consistency that only a multinational conglomerate can provide.

Not everyone spends as much time at Starbucks as I do. (Few people do, in fact.) But even for the casual customer, the rules still apply. Even customers in a hurry seem to like ordering a “grande no-foam half-caf latte with two Splenda”. Things like secret codes, membership cards, and personal transactions go a long way into making the coffee giant a pleasant place to visit. We as human beings have a visceral need to belong to a tribe. And just like Facebook, Starbucks taps into that instinct. Through the use of this (real life) social network, Starbucks continues to succeed in uncertain times.