Weird Things I Thought as a Kid 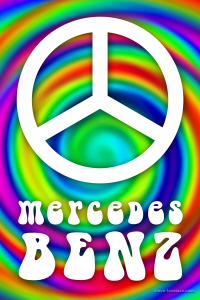 I though a lot of weird things when I was kid. There were words I got wrong and concepts I got mixed up, all to the consternation of my parents and teachers. Here are a couple of the concepts that gave me some trouble.

Some kids on the playground told me about the concept of human sacrifice. After that, I though the word “sacrifice” always meant murder. So if the president got on TV and said we had to make some sacrifices, I assumed he was talking about ripping people’s hearts out.

I remember seeing an election sign when I was in middle school. It said, “So-and-So for City Council At-Large”. Those last two words confused me. I had only heard “at -large” used to refer to fugitives. (“The suspect is still at large.”) I didn’t know “at large” was used for political leaders without a specific district. So it sounded to me like the sign was from a fugitive running for office. Or perhaps an already elected politician who was “on the run”. Neither sounded plausible though. I was old enough to know better. Unfortunately, I didn’t have a smart phone with Google, so it was only years later I understood the real meaning of the sign.

I also though the laser-powered swords were called “Lifesavers”, not “Light Sabers”. After all, I had never heard the word “saber” in any other context, but I was familiar with Lifesavers candy. And I suppose the name is apt. If you’re up against a bunch of “Light Vaders”, a light saber can be a big lifesaver.

I never understood why hippies would complain about material possessions while wearing Mercedes-Benz hood ornaments around their necks. The two symbols looked so similar that, even after I learned the difference, I couldn’t remember which one was which for a couple of years.

What concepts confused you as a kid? Let me know in the comment section.