How I Got Into Coffee Culture 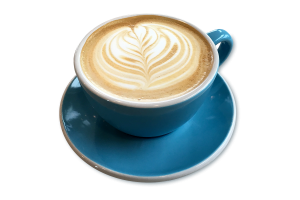 I like coffee. Half my blog posts are about it. But it’s not just coffee that I like; it’s coffee culture. I love the ritual behind going to the coffee shop. I like the coffee shop “scene”. It’s been a lifelong obsession for me, though my tastes have changed over the years as coffee culture itself has changed. Here is a brief look into my fascination with coffee shops throughout the years.

My grandpa is the one who turned me on to coffee and coffee shops. I’ve written before about drinking coffee with him as a kid. I normally drank coffee at my grandparents’ house, but I also went out to a lot of little diners and dives with him. We lived in South St. Louis, and my grandpa had several places he liked to go. They all kind of blur together, but I remember dimly lit places with enough cigarette smoke to dissuade me from ever picking up the habit. But despite the smoke, they usually had really good breakfast food, and I just loved the hustle and bustle of the coffee shop experience.

We moved to Michigan when I was 12, and I didn’t see my grandparents much anymore. Though by this time, I was old enough to get out and explore on my own. When I was a teenager, I would ride my bike out to East Lansing. As a college town, East Lansing had a lot of cool places that appealed to me, such as a record shop and some interesting boutiques. There I discovered a place with the inadvertently offensive name of Beaners. I absolutely loved the place, especially the spacious patio. Since I only went there when I was biking, it was pretty much always a beautiful day when I visited. I remember reading most of “The Lord of the Rings” there, and while I didn’t yet have a laptop, I often took a notebook or sketchpad whenever I was feeling inspired.

I loved East Lansing so much that I ended up going to college there. As a college student, my trips to the coffee shop became more frequent but a lot less frivolous. Now I was going to study rather than to hang out. I remember my sophomore year, I didn’t really care for my roommate, so I spent most evenings at the newly-opened Starbucks. I couldn’t afford a lot of fancy drinks, so I would make a poor man’s chai latte, getting a teabag of Tazo chai and adding a bunch of cream and sugar to taste. Later in college, I went to a place called Espresso Royale, which along with the bar next door and the classroom building across the street, formed the “Holy Triangle” were I spent most of my later college years.

After college, I moved to American Samoa with my family. There were no coffee shops there. That was honestly one of things I missed the most about living there. I loved the oceans and the mountains and the natural beauty, but damn it, I wanted a proper latte so badly. After living there for a while, I discovered that the main hotel on island had a little café in it, but the quality of the drinks varied wildly, depending on who was working, and the place didn’t have the “hustle and bustle” that I liked so much about mainland coffee shops. In any case, I moved to Dallas shortly thereafter, so it was kind of a moot point.

I was excited to move back to an urban area, but despite Dallas being a much bigger city than Lansing, the selection of coffee shops was not nearly as good, at least not in 2007. There were Starbucks, and lots of them, but very few local places. I realized how spoiled I was having grown up in a college town. Thankfully, I liked Starbucks, and after a year and a half of living on a remote island, I started making up for lost time. It helped that, around this time, I finally got a laptop. With a proper computer in front of me, I finally felt at home. I started writing a lot, going to the Starbucks by my apartment several nights a week. By then I had the Gold Card, which gave me free refills, so I could sit there for hours every night.

A couple of years ago, I noticed a wave of hipster coffee shops across the DFW Metroplex. I started to venture out, finding places I liked a lot more than Starbucks. Then one day, about a year ago, I realized I had gone full hipster, sitting at a “third wave” coffee shop doing graphic design on my MacBook. Now I’ve gotten to the point where I pretty much never go to Starbucks unless it’s the only choice. In fact, my Starbucks Gold Card expired this year, and I was fine with that. I remember how excited I was the first time I went to Starbucks “original” store in Pike Place Market, but the last time I walked by it, I barely even noticed.

Since going full hipster, I’ve embraced coffee culture wholeheartedly. Maybe it’s because I’m in my 30s, but I’d rather go to bed early on a Friday night so I can go get coffee in the morning. I started a meetup group where my friends and new acquaintances can hang out at different coffee shops for caffeine and conversation. I also joined a similar coffee meetup in Seattle, and I’ve been to a few of their events in the last year or so. Part of me has thought about starting my own place one of these days, though I’ve never worked as a barista (or any kind of food service), and I would have no idea where to start. So in the meantime, I’ll keep exploring coffee shops, and find new places to work and socialize.

How do you feel about coffee culture? What do you like/dislike? Let me know your thoughts in the comment section.