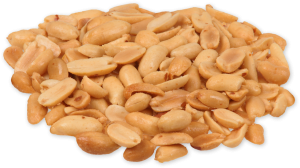 Like most college students, I spent a lot of time at the bar. There were a bunch of bars all along Grand River Avenue, some better than others. There were frat bars and douchy bars and dance clubs, but my favorite was a pub called the Peanut Barrel.

I liked the Peanut Barrel for several reasons. First and foremost, it was right next to one of my favorite coffee shops. It was also across the street from Berkey Hall, where I had many of my classes. In fact, I spent so much time between these three places that I dubbed the area the Holy Triangle.

There were a lot of things that I liked about the Peanut Barrel. I also liked the eclectic crowd, which included professors and grad students and even the occasional townie. But most of all, I loved the patio. The bar had a fenced-in patio in a little plaza off of Grand River Avenue. In the long Michigan winter, the tables were stacked up and covered in snow, but when that first warm spring day came, it was the most popular place in town. There was nothing like sitting outside on nice warm spring day with a pitcher of beer, a burger and fries and some good friends. I liked to sit out there till it got too cold. When my friends and I wanted to go inside, we would have to ask our server to carry our drink in for us. We couldn’t carry them in ourselves. The staff claimed it was state law, but I never knew of anywhere that had such a policy.

Inside the bar was a pretty standard pub. It was dark and smoky (back when smoking was still allowed) with a pool table and two dart boards. It was just like a million other bars I’ve been to since, but this one was my bar it still holds a place in my heart. Sometimes if I had nothing to do on a Friday night I would just walk to the Peanut Barrel and see who was there. More often than not I would find someone that I knew. To this day, my favorite bars still remind me of my old East Lansing haunt.

What was your favorite bar when you were younger? Let me know in the comment section.