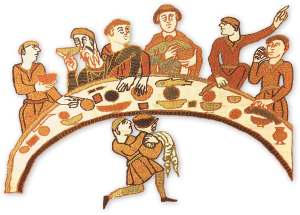 Somehow, in the six years I’ve been doing this blog, I neglected to write about a topic that’s near and dear to my heart: Meetup.com. I’ve met almost all of my friends through the site, directly or indirectly. In case you’re not familiar with the concept, Meetup.com is a site that allows you to start your own social group. You can start a book club, an exercise club, a religious (or anti-religious) society, or whatever kind of social group you can imagine. The friends I’ve made here in Dallas are hands down the thing I like the most about the city. I can’t imagine what my life would be like without it, so let’s take a look at how Meetup changed my social life for the better.

I’m not sure where I first heard about Meetup.com, but I knew of it when I was in Samoa. I was planning on moving to Dallas, so I signed up. But I didn’t go to anything. It took an entire year to work up the courage. Eventually I settled on a couple of groups to try. I joined a book club and a coffee appreciation group. I made a couple of friends, though the demographics of these groups skewed a bit too old for me. There were a lot of people my parents’ age there. Then I discovered a group aimed at “young travelers”. The idea was to take weekend road trips, interspersed with local happy hours. And because it was age-limited, most of the people there were my age. Joining this group changed my life forever.

I signed up for the Travelers Group in January 2009. I was tempted to sign up for a trip right away, but prudence got the best of me, and I decided it would be best to check out a happy hour first to make sure the group had people I would want to spend a weekend with. My first happy hour, at Blue Mesa in Addison, I met several people who would become good friends. From that point on, I started going to every happy hour I could. I didn’t have a car at the time, so it was hard to make all of them. But soon I joined the group for some weekend travels, a disastrous trip to the casinos in Shreveport, a camping trip to Lake Travis and a super fun trip to Austin. Within a few months of joining, I had quit the other Meetup groups entirely.

In many ways, Meetup.com is like training wheels on a bike. As time goes on, you need them less. Making friend makes it easy to make more friends. Within a couple of months, I was getting invited to parties outside of the Travelers’ Group. Instead of “The Meetup”, we just had “The Group”. Other people started planning events, and one of my friends started a second Meetup group. This second group, the Explorers Group, had less of an emphasis on road trips and more of a focus on in-town events. That’s not to say we didn’t do road trips, but our weekend trips were reserved for the inner circle of friends, instead of the Meetup group as a whole. That way, you didn’t have to spend a whole weekend with total strangers.

The Explorers and Beyond

The Travelers Group died a slow lingering death as everyone migrated to the Explorers Group. The people running both groups eventually moved out of Dallas and a second generation of Meetup organizers stepped up to plan events. But that core group of friends from early 2009 remains. Eight years later, I still hang out with them on a regular basis. People have come and people have gone, but The Group remains. So does the Explorers Group. My friend still hosts happy hours, book clubs and climbing events every month. New people, or “randos” as we call them, show up and every once in a while, they make it into the the core group of friends. This brings new blood into our Group while still leaving that clique that’s been going on for the better part of a decade.

While I have a good group of friends here in Dallas, I recently went back to Meetup.com to start my own group, Dallas Cafe Life. Unlike the Explorers Group, Dallas Cafe Life is focused on one thing, coffee shops. We’ve had a couple of events so far, mostly with my friends from The Group. I feel like this group gives me a chance to “pay back” all I’ve gained from Meetup. I can only hope that some new transplant to Dallas will join my little group, and maybe eventually glom onto my ever growing group of friends.

Have you ever gone to a Meetup group, and if so, what was your experience? Let me know in the comment section.