The Beauty of Old Charleston Houses

Charleston, South Carolina is one of the oldest cities in the US. While it has its share of suburban sprawl like any other American city, the core of Charleston still has a lot of historic houses, churches and alleys. As a big architecture fan, I love these old Charleston houses with their wraparound verandas. It’s easy to romanticize the Southern lifestyle of sipping sweet tea on the veranda, but it’s also important to remember that many, if not most, of these old buildings were built by slaves. But despite its sordid history, these old houses reflect a part of our history that must be preserved. 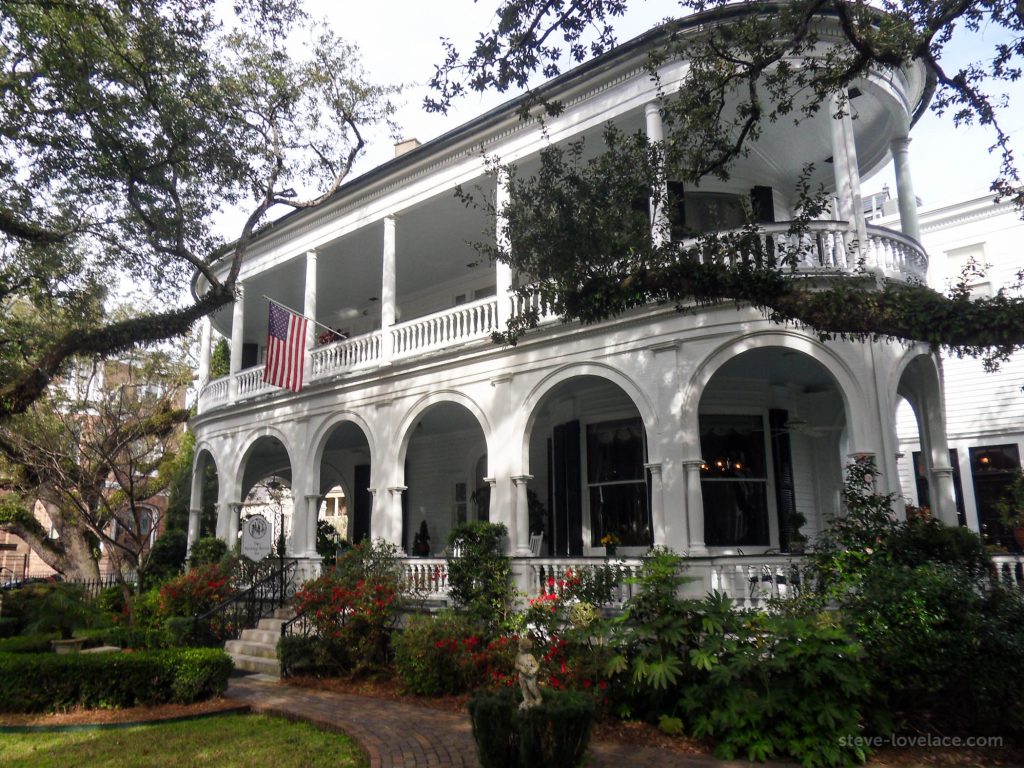 Of all the houses I saw, this one had the best veranda. 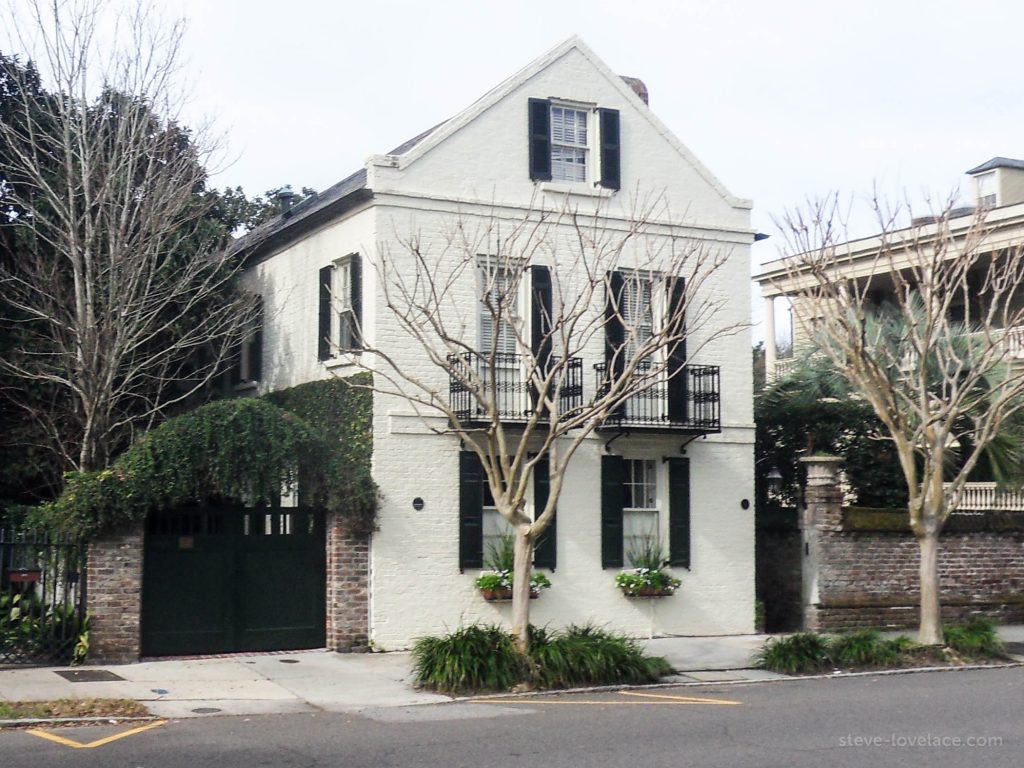 I wonder if this brick house has always been whitewashed, or if it were originally bare brick. 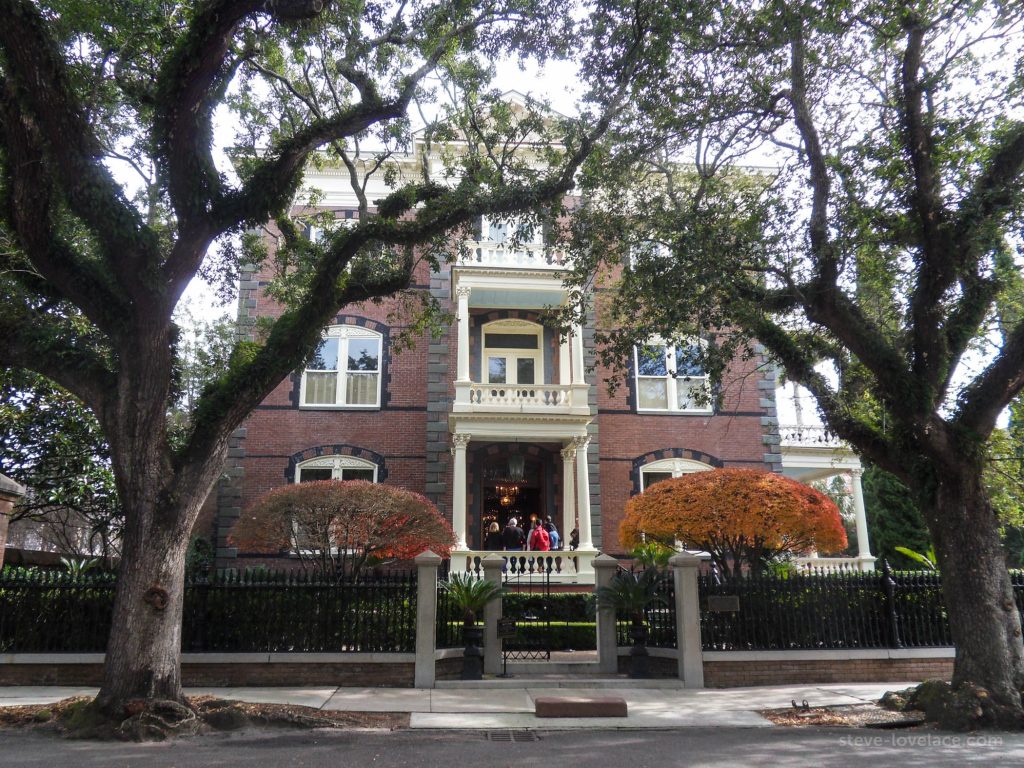 Calhoun Mansion, now a museum. I thought it was named for former Vice President John C. Calhoun, but it actually belonged to his son-in-law. 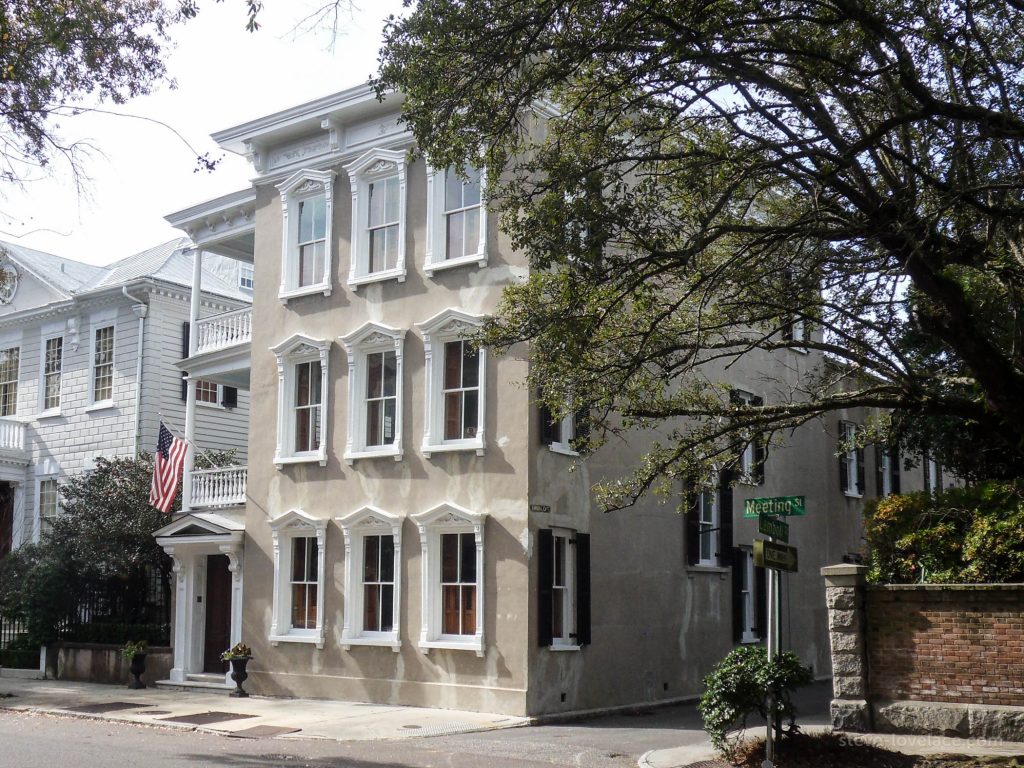 These windows are a bit too ornate for my tastes, but I would still love to live in an old house like this. 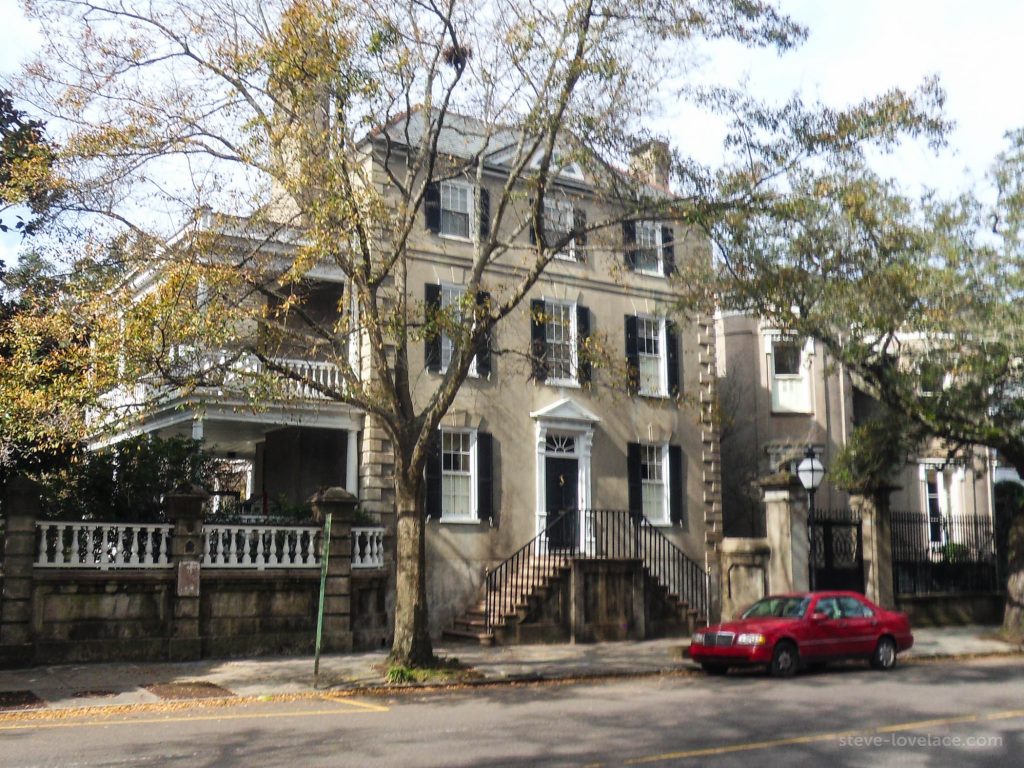 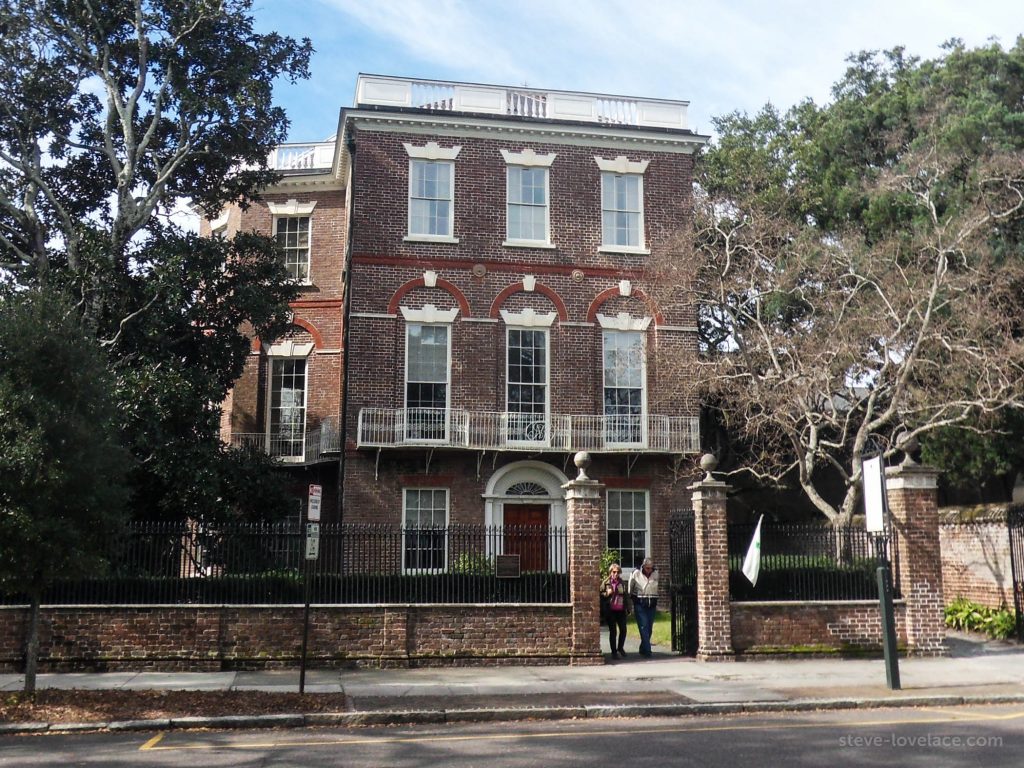 I like the decorative arches on the second floor. 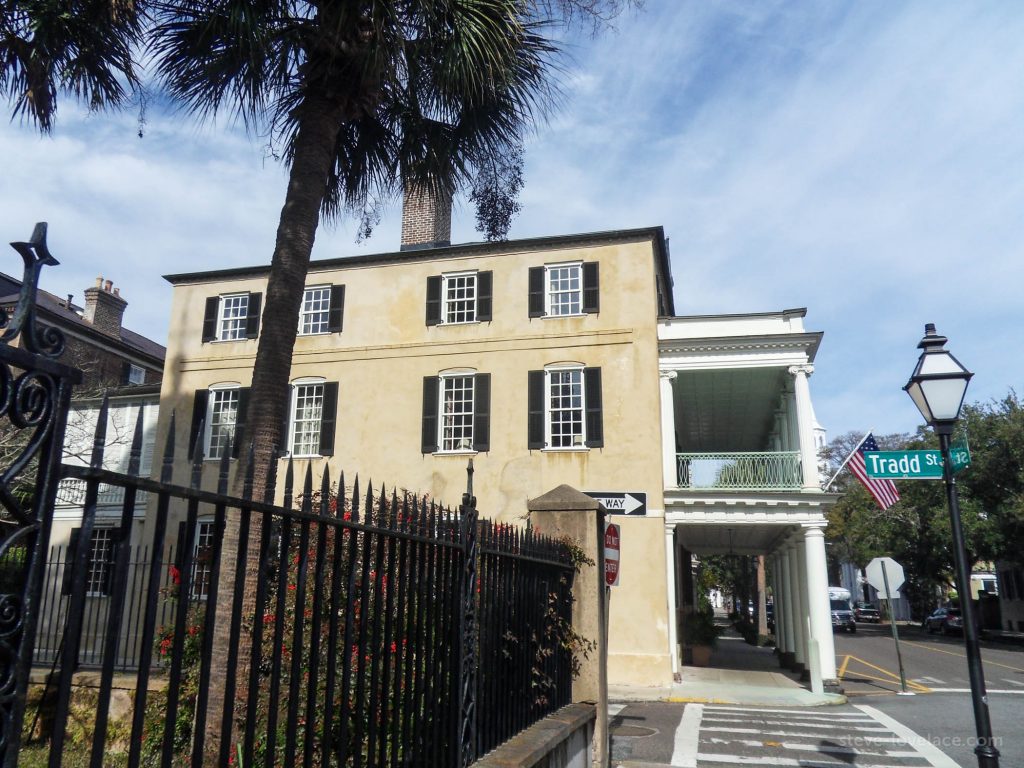 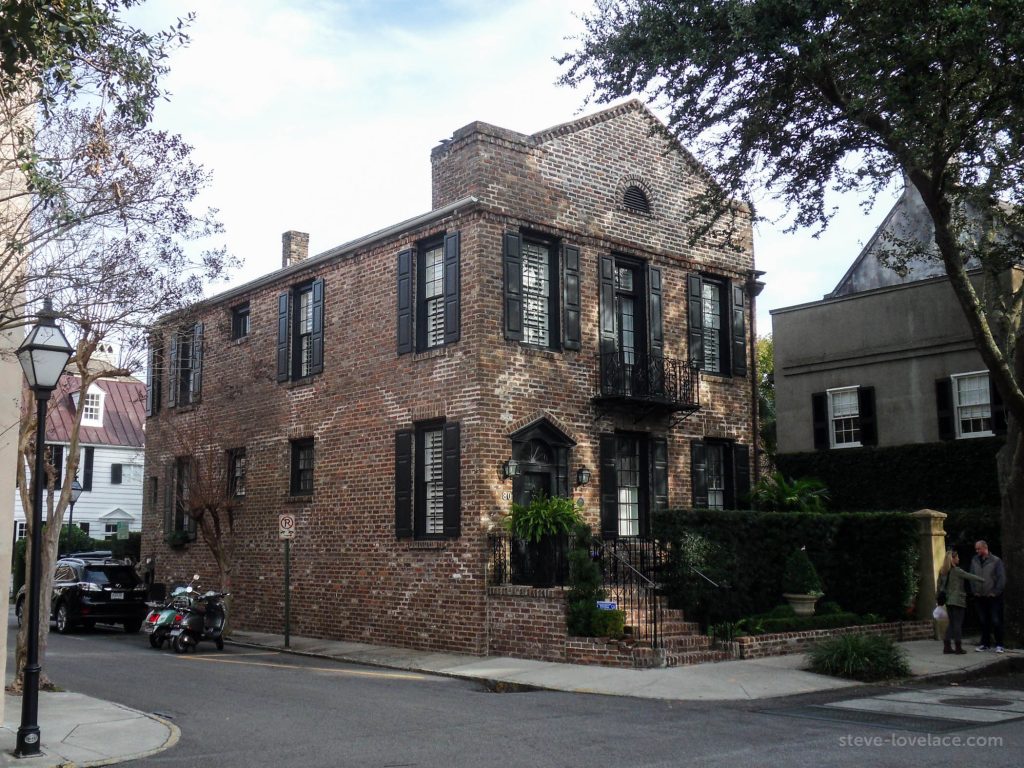 I really like old buildings where you can tell the bricks have been repaired multiple times throughout the years. These old Charleston houses have a story to tell, even if I don’t know what that story is. 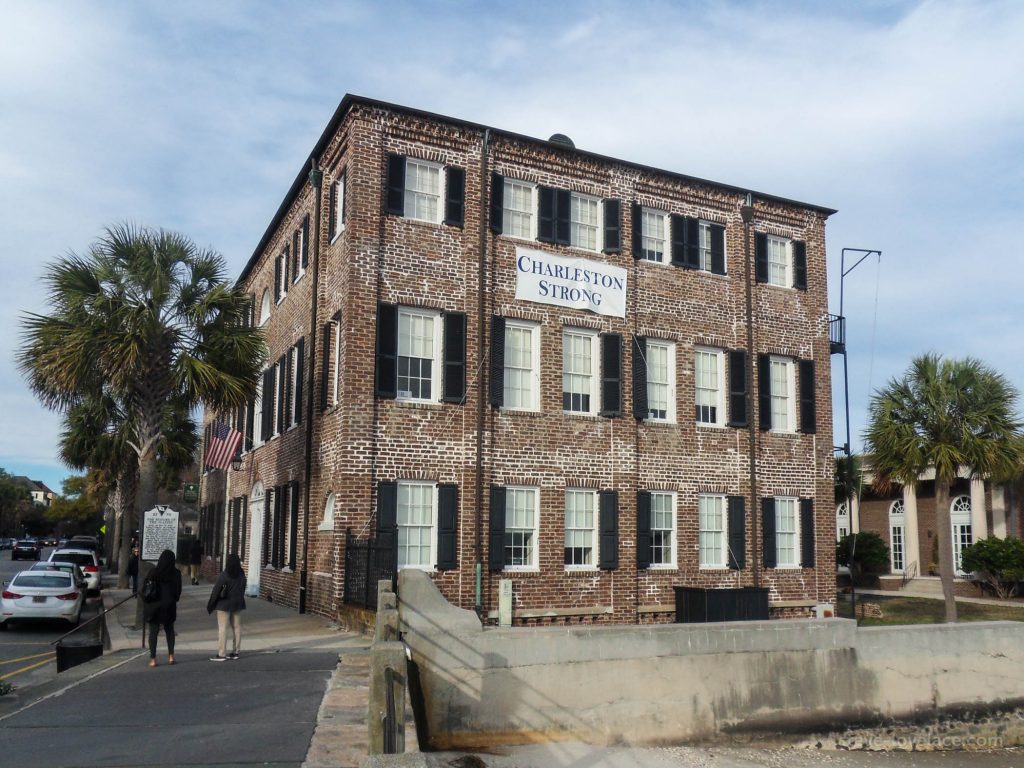 The “Charleston Strong” banner is a reminder of the shooting at the Emanuel African Methodist Episcopal Church in 2015. 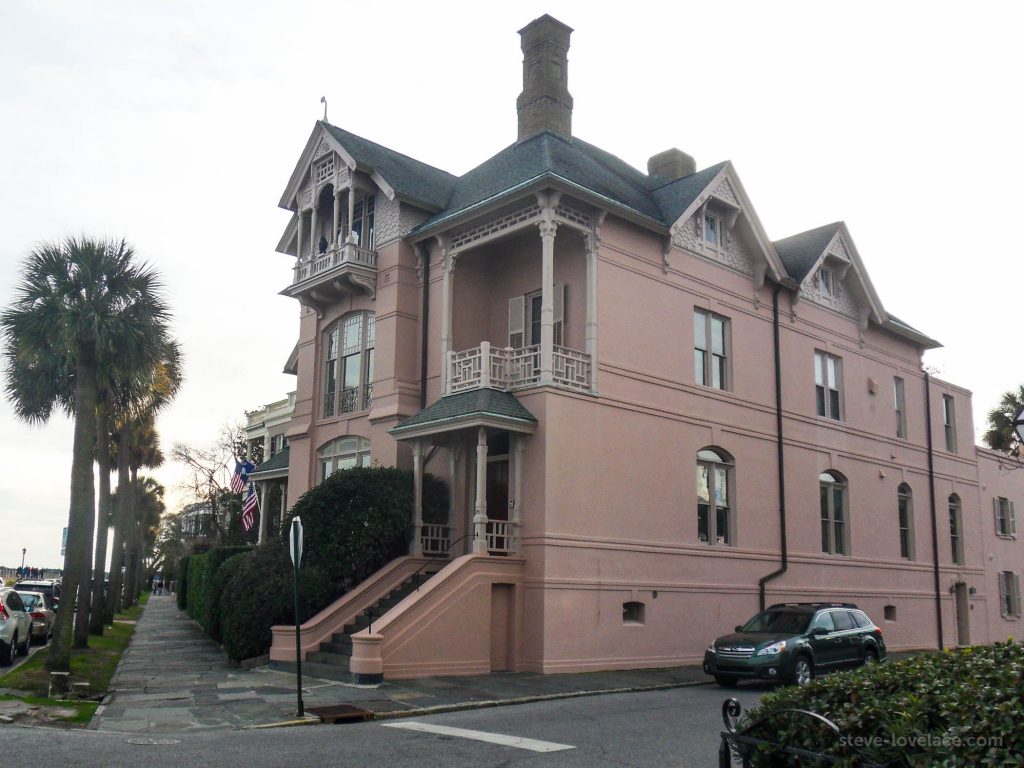 This is an an unusual color for a house. It’s in a nice location though, facing the harbor. 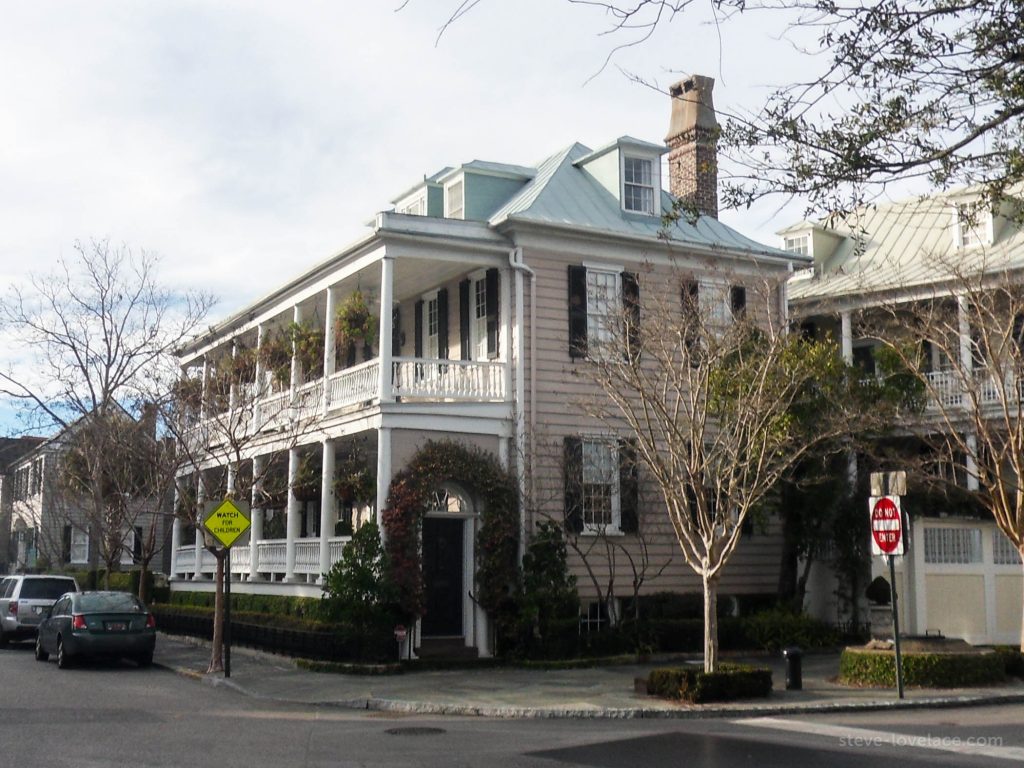 I like the greenery on this house, even in the middle of January. I bet it’s gorgeous in the spring time. 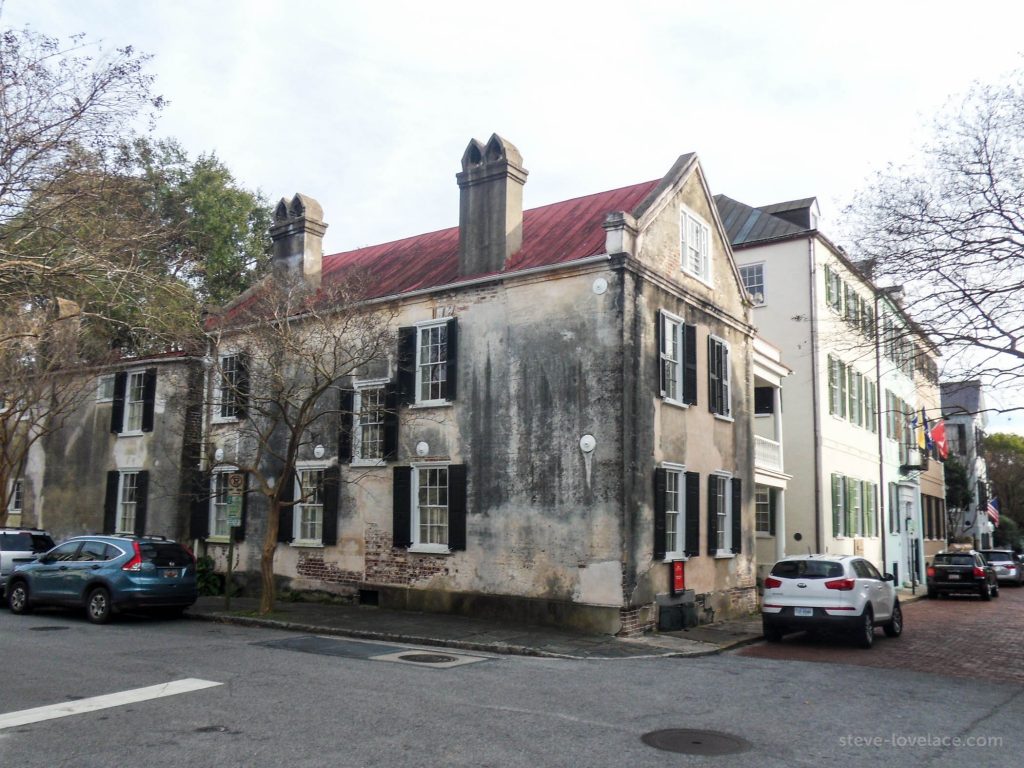 It looks like this house once had ivy all over it. Ivy is a double-edged sword. It’s pretty, but it tears up masonry. 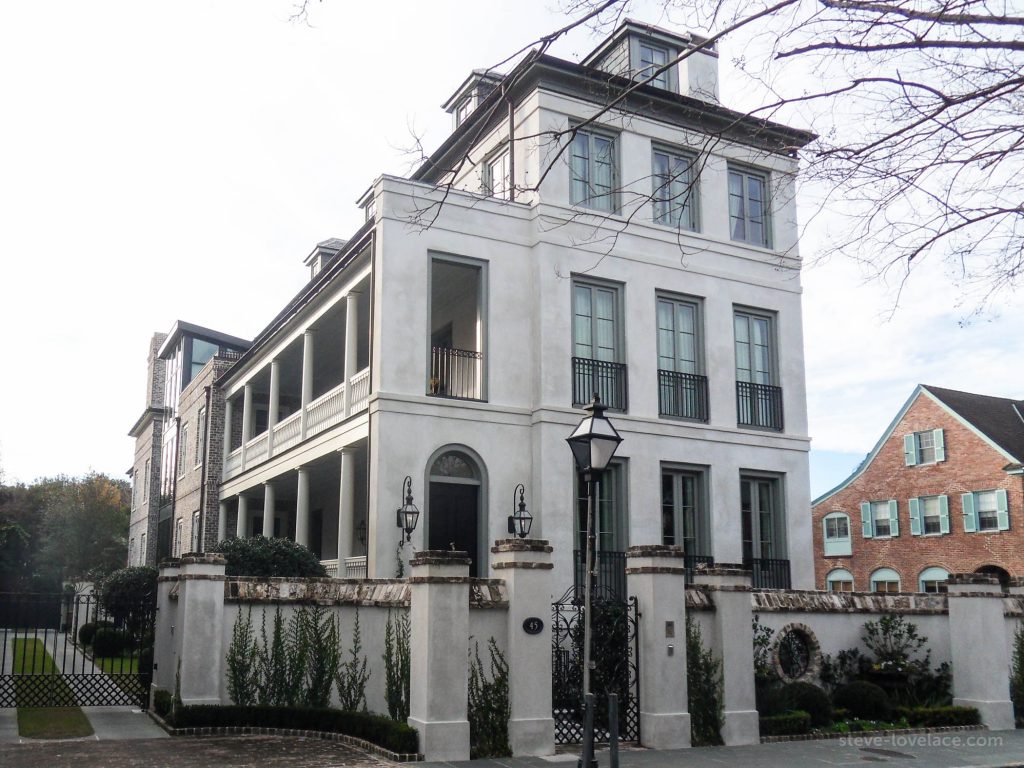 I love the “squareness” of this building’s facade. The simple, unadorned windows give the house a modernist look, while still keeping with a classic Georgian style. 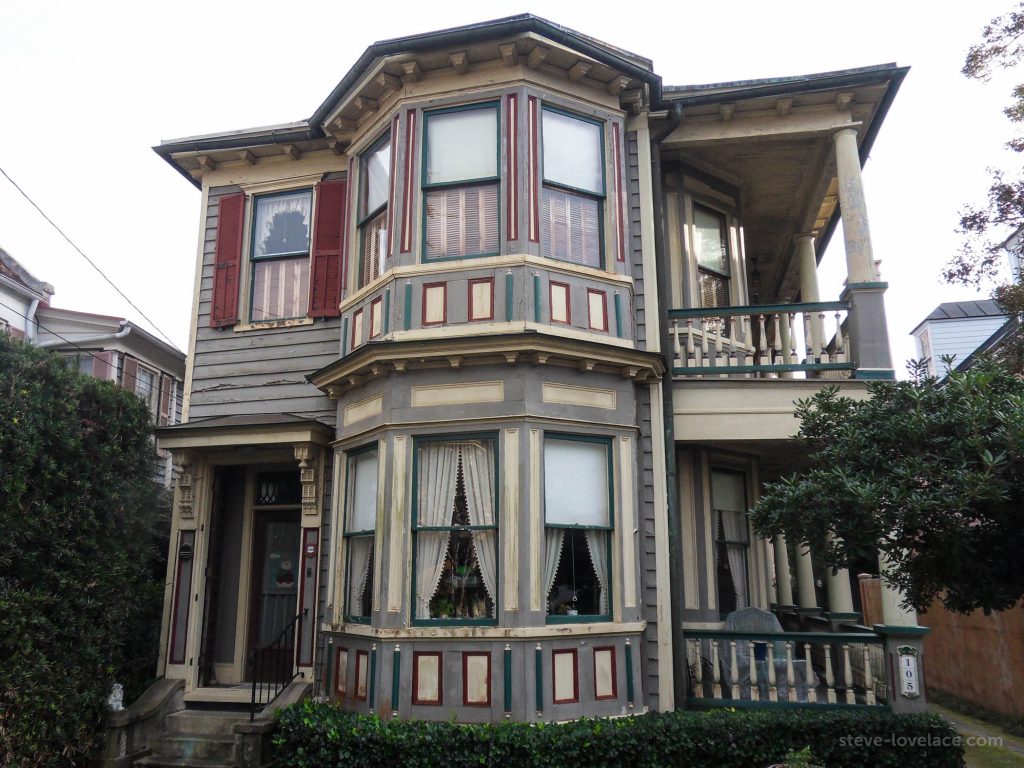 This Victorian style house reminds me more of something you’d see in Michigan, though the veranda is a good indicator that we’re still in the South. 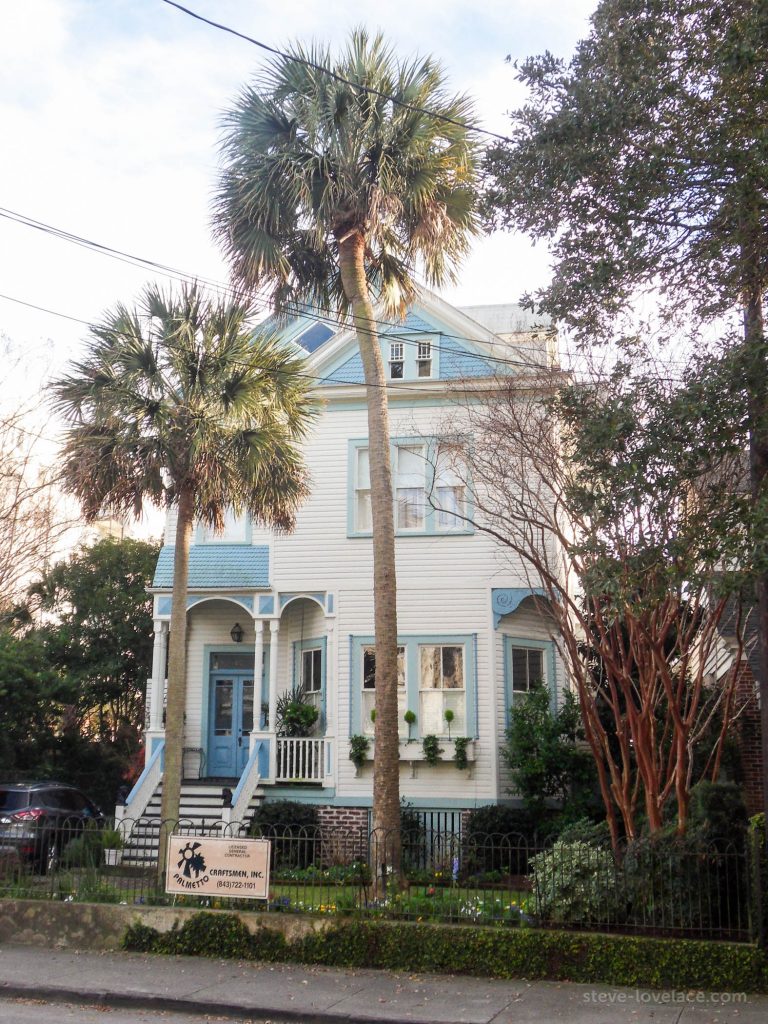 I wish we had palmetto trees in Dallas. 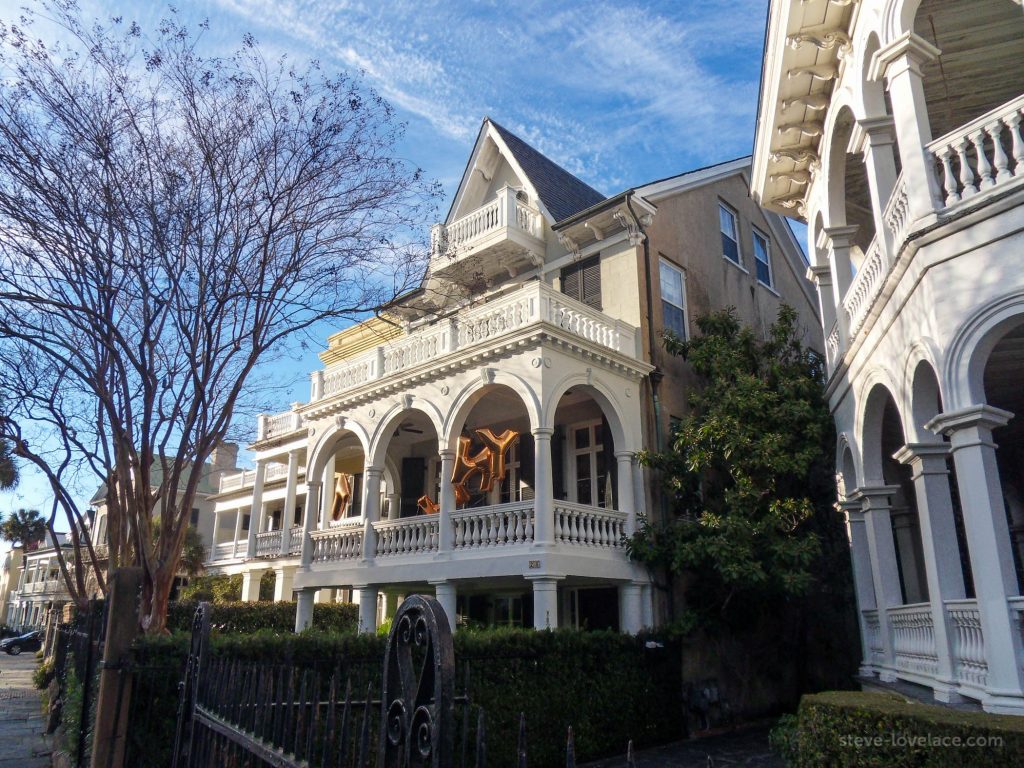 I love the little balcony on the top floor.

Coming from Dallas, with all of its new construction, I’m impressed by the way that these buildings are designed for a hot climate. Many houses and apartments in Dallas, including mine, don’t have windows that open. They were built for air-conditioning. Charleston houses, on the other hand, are better suited for a hot climate, with verandas that shield the houses from the sun, and tall ceilings that let air circulate. I would love to see more of this architectural style used in Dallas, so we can limit the days we have to use air conditioning.

Which of these old Charleston houses is your favorite? Let me know your thoughts in the comment section.