Growing Up with the Cub Scouts 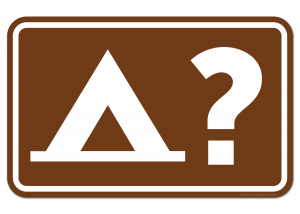 There wasn’t a whole lot to do in Dupo, Illinois back in the late 1980s / early 1990s. Thankfully, I got involved in Cub Scouts. Most of the boys in my core group of friends were in it. Since wasn’t any social media back then, Cub Scouts and school were the only places I could really make friends. I still have fond memories — as well as a few not-so-fond memories — of that era of my life.

Our Cub Scout troop met in an old VFW Hall, a small building with one big open room, a little stage, and a kitchenette in the corner. We would meet every Tuesday, with a couple of my friends’ moms acting as “Den Mothers.” Once a week, we would get together, eat snacks and make arts and crafts projects. Every once in a while, we would focus on bigger projects, like making and racing model cars and rubber-band rockets. I have fond recollections of my dad helping me make these in our garage. Other activities were a mixed bag. I hated camping though I liked some of the activities we did at camp, like swimming and roasting marshmallows. Then there were the fundraisers. Specifically, the popcorn.

Everyone knows about Girl Scout Cookies. They’re a big deal, at least here in the U.S. In fact, sometimes it feels like the Girl Scouts are a cookie retailer that occasionally provides activities for girls. The Boy Scouts, however, don’t have an equivalent product. They sell popcorn. Their Trail’s End popcorn was pretty decent (if I recall correctly,) but it’s still just popcorn. It’s a commodity. Even as a little kid I felt this way. There was a big difference between Girl Scout cookies and Keebler cookies, but none whatsoever between Trail’s End and plain old Orville Redenbacher. Because of that, I could never get into selling popcorn as a Cub Scout. It was just too boring.

I stayed with the Cub Scouts throughout elementary school, eventually graduating when I earned the Arrow of Light Badge. After that, my friends and I moved on to Boy Scouts. We met in the same place, but we work khaki uniforms instead of blue. Whereas the Cub Scout troop was run by moms, the Boy Scouts were run by dads. Instead of focusing on arts and crafts, we leaned more to outdoor activities, like hunting and camping. Some of my friends liked it, but even back then, I just wasn’t much of an outdoorsman. I missed making things out of popsicle sticks, and I really hated camping. So when my family moved to Michigan when I was in the seventh grade, I never bothered to get involved with a new troop up in Lansing. My scouting career was at an end. And that was fine. It was fun while it lasted.

The idea of Cub Scouts and Boy Scouts seems really weird to me as an adult. In many ways, it seems like a relic of the early 20th century. There’s something kind of creepy about dressing kids up in paramilitary uniforms and having them recite oaths of loyalty. And as an adult whose friends skew 50% male and female, it seems weird that boys and girls are separated into two different scouting organizations. But on the other hand, I had a lot of fun in the program, and as weird as it seems to me now, it was perfectly normal back then. Overall, I’d say my childhood was better off for my time in the Cub Scouts.

Were you a Scout growing up? If so, what was your experience? Let me know in the comment section.