A Funny Thing About Nostalgia 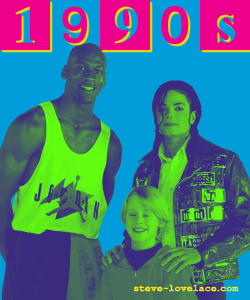 I heard an old 1990s song the other day. I think it was the New Radical’s “You Get What You Give.” As with most one-hit-wonders, it invokes an awful lot of nostalgia. Whenever I hear that song, I feel like I’m back in the year 1999. And it’s not just music that can bring back such memories. Other senses work too. The smell of Nag Champa incense reminds me of the college dorms and drinking sangria reminds me of Spain. All of these nostalgia triggers make me long for the good old days when I was in Michigan/Spain/Samoa/etc. but here’s the funny thing about this type of nostalgia. It’s a lie.

The Downsides of the Past

When I heard the New Radicals song come on in the car, I thought about being 19 in East Lansing, instead of 33 in Dallas. For a brief moment, I longed to be a college student once again. Then I realized that my life is way better now.

Sure my life was fun at the time, but I couldn’t legally drink back then. And even if I could get into the bars, I wouldn’t have had much money to spend. While being an adult with a job and bills isn’t always fun, at least I don’t have to worry about studying and exams. And of course, back in ’99, I would have had to log into the dialup internet on my blueberry iMac. I certainly wouldn’t have a smartphone in my pocket.

A Stranger to Myself

Of course, none of these things are dealbreakers. I could stand to be 19 again, if I had the option. But I’m still glad I’m 33. Because at the age of 19, I was totally clueless. I had no idea what I wanted to do with my life. I was going to college because it was the thing to do, not because I had any plan. And it wasn’t just my career and education. I was pretty clueless about social etiquette, politics, and so much more. I was even clueless about the way my own mind worked. In many ways, I was a stranger to myself.

A little nostalgia is okay, but it’s unhealthy to romanticize the past too much. And while I still don’t have everything figured out, I can take comfort in another kind of nostalgia, reminiscing about how much I’ve grown. I can only hope that, when I look back on my life in 2013, I’ll regard this version of myself as equally clueless. Only then will I know how far I’ve come.