Early to Bed, Early to Rise 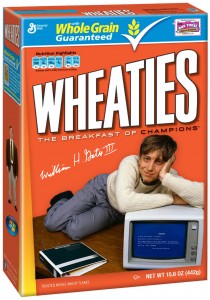 Even when I went off to college, I just wasn’t the kind of guy to pull an all-nighter. In fact, I wasn’t even the kind of person to pull a late-nighter. I hated living in the dorms, mostly because I had trouble sleeping when everyone else was partying. Sometimes I felt like a forty-something living with a bunch of nineteen-year-olds. I had hoped all throughout childhood that, when I was an adult, I would fit in better with other adults. But even in college I still felt out of place.

Today I still like to go to bed early. On the weekends, I don’t ususally stay out past midnight. While I don’t mind partying. I’d just rather do it a little earlier in the evening. That way, I can get up the next morning and have a nice cup of coffee. I don’t begrudge other people staying up late, but it’s quite simply not for me.