What Does It Mean to Be a Texan? 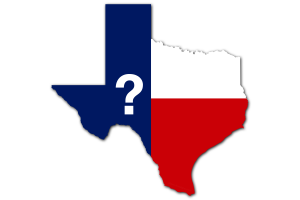 I had a discussion (argument) with a good friend about what it means to be a Texan. I said that, after 7+ years of living in Dallas, I felt I could call myself a Texan. She said that you have to be born in Texas to be a Texan, and that I could never be one even if I lived here the rest of my life. But that made me start wondering about other scenarios. What about someone who was born elsewhere but moved here as a baby? Is that person a Texan? What about someone born in Texas, whose ancestors date back to the Alamo, but who lives somewhere else? I think that this is a question with deep philosophical implications.

Though many people act like it is, Texas is not (currently) an independent country. Legally, there is no such thing as a citizen of Texas. You can be a resident, but that’s not what I’m talking about. I’m talking about calling yourself a Texan, in the cultural heritage sense. I know many people who have lived here their whole lives, but there are tried-and-true Texans who have left and come back. Are you still a Texan if you went to a Yankee college? What about if you’re born to Texans outside of Texas? Is there a certain percentage of your life that you have to spend in Texas? These are all non-rhetorical questions with no clear answers.

Suppose you accept that being Texan is a state of mind. If you think you’re a Texan, you are. That brings about my next point. How much of the traditional Texas heritage do you need to share? Do you need to buy a cowboy hat and a pickup truck? Do you need to go to church and vote Republican? If so, then the whole city of Austin isn’t truly Texan. There are probably people who think so. But we can’t take such a narrow view of Texas culture.

Despite the anti-intellectual rhetoric of our most conservative politicians, there is a huge amount of science and technology in Texas. Think NASA and Texas Instruments. And Big Oil’s contributions to science are overlooked by liberals, but just as groundbreaking (no pun intended). And while Texas is nowadays known for its right-wing politics, this is the state that gave us Lyndon B. Johnson, who ushered in an unprecedented amount of social safety net programs. The truth is, Texas is too big and diverse to pin down to any one culture or ideology.

In the end, I can see my friend’s point of view on the matter. I’m not Texan in any of the traditional ways. I was born in Missouri and grew up in Michigan. I’m a non-religious liberal who speaks with a northern accent. I don’t own a pair of cowboy boots and I don’t listen to country music. But I do like Whataburger and breakfast tacos. I do like bluebonnets and drinking Texas brews on the river. And I do consider myself a Texan, despite what anyone else thinks.

So what do you think? Let me know in the comments.