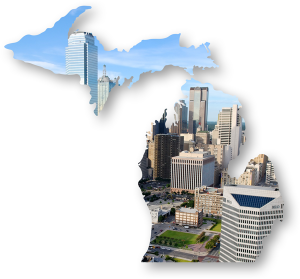 I’ve lived all over, but somehow I picked up a Michigan accent and never let it go. I never realized how strongly Midwestern I sounded till I moved down to Texas. The funny part is that most people here in Dallas don’t have strong Texas accents. For the most part, Dallasites speak a fairly standard American dialect (Fort Worth is another story entirely.)

And while my accent sticks out here in Texas, most people are pretty nice about it. In fact, in over four years of living in Dallas, I’ve only one person be rude to me because of the way I talk.

I was at a party earlier this year, where I met a young guy and his wife. They were both around my age. We were making the normal kind of introductory small talk when he asked, “Are you from Dallas?”

I wasn’t wearing a Tigers hat or anything, so I knew it had to be my accent. “No, I’m from Lansing, Michigan.”

“Did you go to school up there?”

“Yes, I went to Michigan State.”

“That’s right,” I replied. A lot of people down here confuse us with the University of Michigan.”

“Those are the Wolverines, right?”

So so far so good. We were getting along just fine. Then he said this:

“No offense or anything, but I’ve noticed that Dallas has a lot of people from “elsewhere”, and it really seems like these people from elsewhere are destroying our Dallas culture.”

I was stunned. Stunned that a guy I just met would say something so offensive, leading it off with “no offense” like that made it okay. I wanted to sock him, but since it seemed he was aiming for a fight, I wasn’t about to give him the pleasure of upsetting me. Instead I gave him some polite nodding response and excused myself to go to the men’s room. There I texted a half dozen Dallas friends, most of them Midwesterners. Meanwhile I thought of a dozen not-so-snappy comebacks, none of which I would ever use. In fact, if I could help it, I wouldn’t talk to the guy again at all.

Other than that one small-minded twit, I really like most of the people I’ve met here in Dallas. There’s something to be said for “Southern Hospitality”, even in a city with as many Northerners as this one. Because after all, the thing I like the most about Dallas is the people. This is a city with people from all over Texas, all over America, and all over the world. I like the mix of ideas and cultures, and I think that we’re a lot better off for it.

I no longer try to hide my Michigan accent, even if people snicker at my pronunciation of “Waxahachie”. And while I’m proud of my Midwestern heritage, I’ve got no immediate plans to move back up north. I’m a citizen of the world, and every place I’ve been has shaped me, just as I hope to shape every place I’ve been.