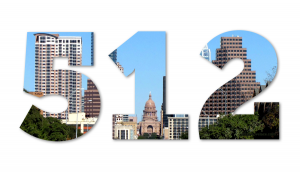 People sometimes get confused when I give them my phone number. You see, I have an Austin area code, but I’ve never lived in Austin. This blows some people’s minds, even though it’s not that strange. In the modern age, area codes mean less and less. This is especially true if you live in a big city like Dallas. Here you have to dial ten digits for every phone number, even if it’s local. So I keep my 512 number, because it makes for a good story and reminds me of what I’ve been through.

When I first moved to Texas, I crashed with my sister while looking for a job in Austin. As a liberal artsy-type person, Austin appealed to me more than Dallas. However, coming from American Samoa I had get a new phone. American Samoa has a US-like area code, but costs international rates to call. So the first week I was here in Texas, my sister and I went to a Sprint store in suburban Dallas to get phones we could use on the mainland. I mentioned to the clerk that I was planning on moving to Austin, and he said he could give me an Austin area code without any extra charges. So I got the 512 number, even though I had never even visited Austin.

I applied for a bunch of jobs and got an interview editing the same Spanish textbook I had used as a teacher. It went really well, and I was sure I was going to get a job. I even started looking for apartments. But the job never came. They took a long time to make a decision, and by the time I got a formal rejection, I was sort of relieved. Unfortunately, I was also broke. So I applied for a job at a bookstore, got an apartment in Dallas, and kept looking for an office job. I don’t recall the day that I decided to stay in Dallas, but as time went by, I forgot about moving to Austin. Dallas, it turned out, wasn’t so bad. I ended up liking it here, and now the only remnant of my Austin dream is my area code.

People often comment on my Austin area code, so I always have to tell them the story behind it. But my 512 number also reminds me that life doesn’t always turn out as you’d expect. I hope to keep the number as long as I can. And who knows, if I ever have to get a new number, maybe I’ll stick to an Austin area code.