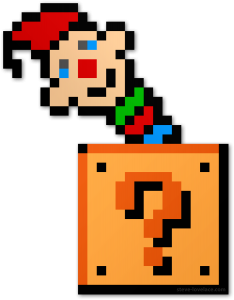 “Jack” is the best word in the English language. It is the most versatile word we have, even more than the f-word, which is limited to R-rated conversations. The word “jack”, on the other hand, is a jack of all trades. Wiktionary lists 24 different definitions for “jack” and five definitions for “Jack” with a capital “J”. Urban Dictionary, a user-edited slang lexicon, lists 110! Most of these are silly and/or frivolous definitions, but it’s proof of the word’s versatility. Let’s take a look at some of the more interesting uses. Now, I have no intention of rewriting the dictionary, so instead, let’s look at the broader meanings.

Jack can be a nickname for John, which I never quite understood. I guess it’s now weirder than “Bob” for “Robert” or “Dick” for “Richard”. In any case, it soon became a common name. An everyman’s name: Jack and the Beanstalk, Jack and Jill. Even Jack the Ripper (“Jack” in that case is akin to “John Doe”, since the infamous murderer was never identified.)

After Jack became a common English name, the meaning of the word soon broadened to mean that of a medieval knave or servant: such as the Jack in a deck of playing cards. Then its meaning changed to that of a man in general: lumberjack, jack of all trades, etc. From there it was used for metaphorical men, such as a jack o’lantern or a jack-in-the-box. It also came to mean a male in general, especially a male donkey. A jackass. From that we get the word jackshit, meaning nothing useful, which is then shortened back to “jack”. All this comes from a nickname for John.

Perhaps it’s because Jack’s such a common nickname, but the word seems to be a catchall for the English language. It’s almost reminiscent of “whatchamacallit”, “thingamajig” or “doodad”. Let’s look at just a few of the meanings.

I could go on all day, but rattling off definitions would soon get monotonous. It’s amazing how versatile the word “jack” is. It really is a Jack of All Trades.