An Intro to Dozenal Numerals 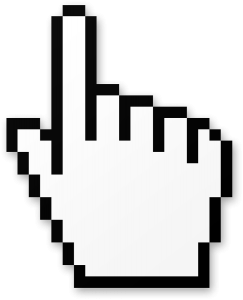 Our number system is based on the number ten, which makes sense, since we have ten fingers to count on. The decimal system is the base behind metric measurements, and our whole system of Arabic Numerals. And it works fine for addition, subtraction and multiplication. But the decimal numeral system falls short when it comes to things like division and fractions. That’s why we might be better of using a base-12 system, the Dozenal Numerals.

It Goes to Eleven

The decimal system has ten basic symbols. You count from zero to nine, and then start a new column of numbers, from 10 to 99. Then 100 to 999. Dozenal Numbers (also called Duodecimal Numerals) work the same, except we have to invent two new symbols. (Not new numbers, just new symbols to represent the numbers 10 and 11.) We could use A and B (kind of like hexidecimal numerals), or T for ten and E for eleven. Or maybe could also write ten as the Roman Numeral X. We could even use a smiley face and a frowny face. It doesn’t matter as long as we decide on something. The Dozenal Society of America (yes, there is such a thing) prefers a script X for ten and a script E for eleven, which have the advantage of looking different than normal letters. After all, the other ten numbers have their own symbols. In a dozenal system, so should ten and eleven.

So what’s the big advantage of using a dozenal number system? When it comes to things like addition, subtraction and multiplication, there’s not a big difference, but when it comes to division and fractions, the dozenal system works better than the decimal numbers we use today. To understand why, imagine a pizza cut into ten slices. If you split it between two people, each person gets five slices, or 0.5 pizzas. If you divide it amongst five people, each person gets two slices, or 0.2 whole pizzas. The problem comes when you want to divide things into quarters and thirds. With four people, each diner gets two-and-a-half slices, or 0.25. And with three diners, each person gets three-and-one-third slices, or 0.3333333… The decimal runs on forever, since 3 does not go evenly into ten. Neither does four. But with a dozenal system, these kinds of fractions are a lot easier to handle. Imagine a pizza with twelve slices. With three diners, each person gets 4 slices, and indeed, the fraction one-third appears as a nice, even dozenal 0.4. No repeating decimals, at least not in this case. When it comes to dividing things into simple fractions, dozenal beats decimal.

The dozenal number system has its advantages, but our decimal number aren’t going anywhere. The first reason why is anatomical. We have ten fingers, not twelve, so the decimal system is well-adapted to finger-counting. Dozenal advocates have a way around this, by counting on knuckles, but it’s still a pretty big hurdle to overcome. However, the bigger obstacle to a dozenal switchover is historical. We’ve been using our decimal-based Arabic Numeral system for a thousand years, and if we switched to dozenal numerals, we would have centuries worth of documents using the old system. And to make things worse, because the dozenal system uses the same basic symbols as decimal numerals (plus X and E), it would be very easy to get the two systems confused. If we did switch over, it would be a good idea to create new glyphs for all twelve numerals, to help minimize confusion.

Dozenal numerals handle division and fractions more elegantly than our current decimal system, but unless we were starting an entirely new civilization, the costs of switching over would be to high. Like spelling reform, switching to a new number base is damned near impossible. In the immediate future, I wouldn’t count on dozenal numerals.