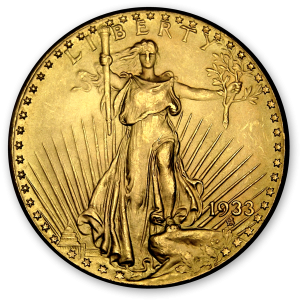 The metric system has never caught on in the U.S., but when it comes to decimal measures, there is one place where America has been a pioneer. We were one of the first countries to use decimal currency. It’s something most people take for granted nowadays. One dollar equals one hundred cents, so if you have a 99 cent widget, you can buy ten of them for $9.90, or a hundred for $99.00. But this intuitive system hasn’t always existed. Let’s take a look at how decimal currency became the dominant system of money across the world.

Money evolved out of bartering. First you might trade a couple chickens for a sheep, then to make things easier, people started trading gold and silver instead. But it was hard to measure the exact amount of precious metals, so governments produced standardized coins. With the image and seal of the king or emperor, these standardized coins made trade a lot easier. However, medieval coins were not standardized from one area to another, or even from one precious metal to another. Instead we got different standards for gold, silver and copper.

Eventually, countries standardized conversion rates between different types of currency. For example, in England, one pound was equal to twenty shillings; one shilling was equivalent to twelve pence, and one penny equaled four farthings. This meant that you would need 960 farthings, or 3,840 quarter farthings, to equal one pound. This system seems convoluted to us today, but it had its advantages. There was a huge disparity between rich and poor, so this system created different classes of currency amongst different people. The poorest of the poor would deal in farthings and pence, while the rich would deal in shillings and pounds. And in a society without counting machines or advanced education, this class-based money system kept anyone from having to count too high.

If America started as a series of English colonies, why do we use dollars instead of pounds? The world “dollar” comes from the German “Thaler“, which translates to “from the valley” (dale + er), since Thalers were originally minted in the Habsburg-controlled St. Joachim’s Valley. Because the Habsburg family also ruled Spain, the Thaler caught on there as well, where it became equivalent to eight reales. Hence the term “pieces of eight”. In any case, the Spanish were busy mining gold and silver out of Latin America, so in the North American colonies, Spanish dollars were far more common than British pounds.

Colonial America used a hodgepodge of currency from Britain and Spain, with locally printed banknotes thrown into the measure. After the colonies gained their independence, each of the thirteen states started minting their own money. This just added to the confusion. At one point, a dollar in Georgia was worth five shillings, while just to the north, in South Carolina, it was worth 32.5 shillings. To clear up this mess, the framers of the Constitution created a single, standardized American dollar. It was at this point that the Founding Fathers took it upon themselves to create a decimal currency. After all, these were men of the Enlightenment, and they wanted to give their new nation a fresh start. Still, they had the problem of wealth inequality, so they created new units of currency based on the number ten:

The Original Magnitudes of U.S. Currency

A mill was equivalent to one-thousandth of a dollar. Even in the eighteenth century, this was a small unit of currency, and the smallest official coin was valued at five mills, or one half-cent. Today we still use mills for things like property taxes and gas prices, but we round up or down to the nearest cent.

A cent was (and still is) equal to a hundredth of a dollar. The early cents was roughly equivalent to British pence, and to this day, we still call the coin a penny. (Though we use the plural “pennies”.)

A disme was equivalent to one-tenth of a dollar. This “s” was silent, and within a few years, “disme” became “dime”. We still use dime coins today, though we don’t use the disme/dime as a unit of currency. No one says “that’ll be ten dollars, five dismes and nine cents.” Instead we say, “ten dollars and fifty-nine cents”.

The dollar has been the base unit of currency since the founding of our nation. At the time of its creation, it was equivalent to a Spanish dollar, with all other American units derived from it.

The eagle was worth ten dollars, which was a lot of money in the early days of our country. The US Mint still produces eagle coins, though only for commemorative purposes.

The union was a $100 coin proposed by engraver George T. Morgan. None were ever made, though the mint did produce designs for a $50 coin called the half-union.

The Future of Fractional Currency

As the value of dollars (and cents) decrease, we will likely move on to a unitary currency system, where there are only dollars, with no fractional or decimal currency at all. In Japan, where the Yen is roughly equivalent to one of our cents, such a system is already in place. And in a world where money is all on computers anyway, adding and subtracting large sums will not be a problem.