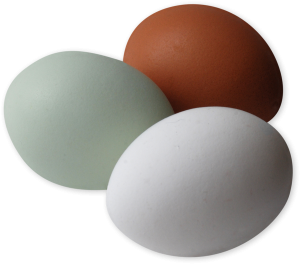 Our numbers are backwards. I’m talking about the Arabic Numerals we use everyday. I realized it one day while using Microsoft Excel. Type any letter into a blank spreadsheet, and it will align to the left, just like the text you’re reading. Type any number however, and it’ll jump to the right as soon as you hit the enter key. This is hardly proof that our entire number system is backwards, but when taken with the historical and mathematical context, it’s an open-and-shut case.

Years ago I read that Arabic and Hebrew and other right-to-left writing systems still write their numbers the sane way we do, with the highest-valued digit first. At first I thought this seemed backwards, but then I remembered that our number system is called Arabic Numerals. They used it first, and they decided to put the smallest digit first, not last. so it would seem that we’re the ones who have it backwards. The question is, does it really matter?

In Gulliver’s Travels, Jonathan Swift tells the story of two groups warring over how to eat soft-boiled eggs. The Lilliputians are Little Endians who insist on eating the narrow end of the egg first, whereas the Big Endian Blefuscudians start with the wider end. Swift was making fun of the wars between Protestant Britain and Catholic France, but 20th century computer pioneers found meaning in the tale.

In the early days of computer science, computer scientists argued over how to process a binary number Do you start with the highest value or the lowest? It seems like a picayune detail it made a big difference to big, dumb machines. Take the binary number 00000001. As a Little Endian number, it equals 1. But as a Big Endian number, it means 128. That’s a pretty significant difference.

In the end, computer scientists found that they could live with both systems. Some file formats are Little Endian; some are Big. So even if our Arabic Numeral system is backward in respect to our alphabet, it’s served us pretty well over the years. After all, these are the numbers that took us from the Renaissance to the Information Age. It doesn’t matter if you start with the big end or the small end of the number. Either way it works.