The Ghosts of Technology Past 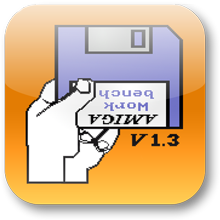 I’m fascinated by the Ghosts of Technology, most notably the floppy disk icon. It’s been twenty years since anyone used floppies as their primary medium, yet the icon shows no signs of weakening. Even cloud computing programs use it. At this point, it’s become almost like a Chinese character: an abstract symbol far removed from its original, literal meaning. But the floppy is just one of the little holdovers from the early days of technology. Let’s take a look at some of the others.

At least our typewriters don’t jam

The other obvious example is the “Qwerty” keyboard layout. Qwerty’s fight against obsolescence is now legendary. Invented to prevent key-jamming on one specific model of typewriter, Qwerty soon spread to other typewriters, even those that didn’t have the same jamming problem. It then spread to video terminals and personal computers. Despite a challenge from a more logical layout called  the Dvorak Keyboard, Qwerty persisted. Since then, it has made the jump to Blackberry keypads and even on-screen smartphone and tablet keyboards — a system which uses an entirely different set of motions for typing. A decade into the 21st century, Qwerty shows no signs of abating, becoming in some regards the de facto order of the English alphabet.

If you use Windows, you may have noticed that each hard drive, disc drive and flash storage device has a letter assigned to it, starting with “C:”. Why not “A:”? It all goes back to the original IBM PC, which like most personal computers of the era, had no hard drive. Instead it used a floppy drive, appropriately called “A:”. If you were rich enough to afford a second floppy drive, the computer would call it “B:”. When the first hard drives came out, MS-DOS assigned them to “C:”, even if you had only one floppy drive. Over the next twenty years, floppy drives died a slow, protracted death, but their legacy lived on.

In the digital age, it’s easy to record sound and video. Any modern recording device works much the same, capturing sound and images with digital sensors. Yet both the words “tape” and “film” survive into the twenty-first century. Telephones also preserve a lot of outdated words. The word “dial” has gone from rotary dials to touch tone key pads to modern-day touch screens. On the other end of the “line” (itself an increasingly outdated term), we still talk about phones “ringing”, even though mechanical bells went out of style forty years ago. Even the word “phone” itself is a future anachronism. The smart phones of today are just handheld computers with dozens of different functions, only one of which is an old-fashioned telephone.

As a student of history, I think it’s important to keep all of these little historical anomalies in mind. The history of computing and technology is a fast-paced one, and it can give us a better insight into history as a whole. The lessons behind Qwerty are the most important. Sometimes traditions survive for traditions’ sake, and nothing we can do will change it.