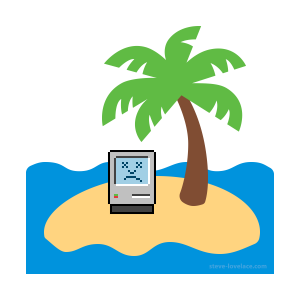 Back in the 1990s, the Mac was on its way out. Apple was failing as a company, and the future of the platform was in jeopardy. 20 years later, Apple is one of the most successful companies in the world. And yet, the Mac is in danger once again, this time from Apple’s neglect. Let’s take a look at the neglected Mac platform, and what we can do to revive it.

The State of the Mac

Walk into any coffee shop and you’ll see a dozen people staring at a MacBook. Apple still sells them by the millions, so it’s a bit of hyperbole to say that the Mac is on the endangered species list. But that doesn’t necessarily mean that the Mac has a bright future ahead of it. The Mac Mini hasn’t been updated since 2014, and the poor, neglected Mac Pro hasn’t had so much as a hardware refresh since 2013! This does not inspire confidence in long-time Mac users, and with Apple’s current management structure, I don’t see it getting better any time soon.

For a corporation the size of ExxonMobil, Apple is surprisingly small. It’s structured more like a startup than a Fortune 500 company. This goes back to Jobs’ second coming. In the early-to-mid-1990s, Apple was dominated by little fiefdoms, each with their own pet projects and agendas. Steve Jobs fixed this by cutting the company down to its core, with himself at the helm. This worked well for a megalomaniacal genius like Jobs, but it doesn’t work so well for a technocrat like current CEO Tim Cook. And even if Jobs were still at the helm, the sheer size of the company nowadays would be a challenge.

A large multinational corporation usually has its hands in many different projects and products. The problem is that some products are bigger than others. And not a little bit bigger, either. We’re talking orders of magnitude. If Apple derives 90% of its revenue from iOS products and only 10% from Macs, they have very little incentive to innovate when it comes to the Mac. Even if they managed to double their Mac sales, it would be a mere fraction of the money they’re printing selling iPhones. Most large corporations solve this problem by having different divisions making different products, with each one run like its own mini-company. But Apple’s past makes the company averse to such decentralization.

Back in the dark days of Apple, many tech pundits suggested that Apple split into hardware and software companies. That would leave the hardware side able to compete with companies like Dell and HP while the software side competed with Microsoft. Apple even took a step toward this reality, licensing Mac OS out to clone manufacturers. I suspect that, if Steve Jobs hadn’t returned when he did, Apple would have spun off its Macintosh division. Twenty years later, I think this is a better idea than ever.

The Mac OS of the 1990s was a proprietary operating system that only ran on specialized PowerPC hardware with custom ROM chips. The modern Mac OS runs on standard Intel x86 hardware. It would be easy to sell Mac OS as a self-contained product. In this scenario you could build your own machine with standard hardware and (legally) purchase Mac OS to run on it. Or you could buy a machine from Dell or ASUS with Mac OS preinstalled. The only downside of this scenario would be support for third party hardware, things like video cards and other peripherals. Thankfully, since Mac OS is built on top of an open-source UNIX kernel, it would be relatively easy to port over Linux drivers. And with Apple’s support, proprietary drivers would be well supported as well.

Why This Won’t Happen

All of the above section is fantasy. I don’t think Apple would ever spin off the Mac OS into a standalone product. Sure it’s technically feasible, but it runs counter to the company’s DNA. Apple is a company known for hardware-software integration, based on Steve Jobs’ quote of “It just works.” I’d love to see Apple embrace the philosophy of its other founder, Steve Wozniak. “Woz”, unlike Jobs, was known for his tinkering and his attention to technical specifications. Woz is the reason the Apple II came with eight expansion slots. Jobs is the reason the original Macintosh came with none. I think there’s room for both philosophies, but Apple’s structure makes this dual path impossible.

What I Think Will Happen

Steve Jobs’ shadow looms large over Apple, and I don’t see them rocking the boat any time in the foreseeable future. Even without the Cult of Steve, Apple is making a lot of money, so there’s no incentive to change things up. So I think that the Mac will continue to be supported, but without any new and cool innovations. I think the MacBooks of 2023 won’t look or act all that different from the MacBooks of today. I think that creative professionals will slowly migrate toward Windows machines, and Apple won’t shed a tear. Microsoft makes its bread-and-butter from Windows. Apple gets its income from iPhones.

I think that, in the next couple years, you’ll see Windows PCs make inroads into traditionally Mac-dominated fields: specifically in the realm of professional graphics machines. If you need a workstation for design, animation and video, you’ll get better hardware for a better price. On the other hand, if you just need a laptop to take to the coffee shop, a MacBook “Pro” will suffice. So despite the state of the neglected Mac platform, the Mac isn’t going away. It’s just lost its cachet with graphics geeks like me.

What do you think the future of the Mac holds? Let me know in the comment section.