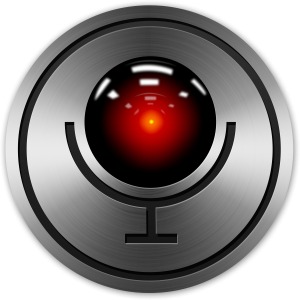 A few weeks after the death of Steve Jobs, Apple came out with a new AI program called Siri. It was touted as the system’s killer app, but unfortunately, this voice recognition personal assistant has failed to live up to Apple’s lofty promises.

As a kid in elementary school, one of my favorite programs was a simple little application called ELIZA. ELIZA was a primitive AI program that you could chat with. If you typed “Hello,” ELIZA would respond likewise. If you typed “How are you?”, she/it would say “Fine” or “Well” or whatever. ELIZA relied on simple rules. So if you typed something complicated, it would respond with a Freudian “How do you feel about that?” Sometimes ELIZA’s responses were surprisingly human, other times they were completely nonsensical. The fun part came from testing the program’s limits.

When I first got my iPhone 4S, I had a lot of fun with Siri. It was like playing with ELIZA all over again. If I asked her/it the meaning of life, she would reply with a clever reference from Douglas Adams or Monty Python. If I asked her to “open the pod bay doors”, she would curse the HAL 9000 computer from “2001: A Space Odyssey.” Best of all, if I asked her if she knew ELIZA, she would reply, “Eliza is my good friend. She was a brilliant psychologist, but she’s retired now.”

I had a lot of fun with Siri when I first got my phone, but after a few weeks, I discovered that she/it was pretty useless. Siri works pretty well for setting an alarm clock, and I use her to make notes of ideas I have for blog posts, but that’s about it. One of my biggest complaints is the lack of audible feedback. For example, if I stop at a red light and tell Siri to text my mom, she says, “Here’s your text. Ready to send?” Since Siri can talk, it would be nice if she’d read the text back to me, so I don’t have to look back at my phone just as the light turns green.

Likewise, I often have ideas pop into my head as I’m falling asleep. When I do, I grab my phone and dictate my idea to Siri. It’s nice that I don’t have to put on my glasses and try to type the idea. But once again, Siri just says, “Here’s your note,” without reading it back to me. And since voice recognition is not always accurate, sometimes I wake up with notes full of gibberish. Siri took my note, but instead of writing down the words I said, she simply writes down some nonsense like “egg freckles”.

The problem goes deeper than Siri. It cuts to the core of Apple’s business model. All of Apple’s products are designed with a “walled garden” mentality. This means that Siri usually only works with other Apple applications. Siri can take a note, send a text, so set an alarm, but she can’t interact with the thousands of third-party apps in the App Store. Apple has taken some measures to remedy this, such as allowing Siri to send tweets, but as of early 2013, there is still no official API. Apple doesn’t need to make its platform as open as Android (and in fact, they shouldn’t. The walled garden approach works pretty well for Apple.) But if they (partially) opened the system to third-party developers, Siri would quickly become a whole lot more useful.

My biggest problem with Siri is that it’s overhyped. If Siri were just a toy, it wouldn’t be a failure, but when Apple makes big promises about it, there’s simply no way Siri can deliver. Perhaps Samuel L. Jackson can get Siri to work for him, but I haven’t had the same experience.