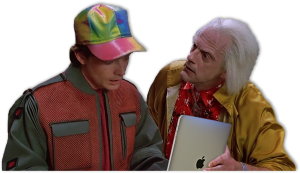 Twitter has been around for years, but only recently has it become more mainstream. The future of Twitter looks bright in the short term, though eventually though, other services will take advantage of the service’s simplicity. Let’s take a closer look at the future of Twitter.

Twitter has always been a haven for corporate accounts and social media gurus. But as people start to shy away from Facebook, you’ll see Twitter move towards the mainstream user. It’s already started to happen, with Twitter adopting a large picture-filled header similar to Facebook’s Timeline profile. Like Facebook, they know that a picture’s worth a thousand words.

Facebook started with college students on their dorm room computers. Then it moved on to housewives playing FarmVille on their living room laptops. But Facebook’s had trouble jumping to phones and tablets. Twitter, on the other hand, was mobile-friendly from the outset. Tweets are so short because they were designed for use on pre-iPhone text messaging systems. This gives Twitter a distinct advantage over Facebook in the mobile web. (Though Facebook is quickly catching up.)

Twitter will continue to grow for the foreseeable future, but like everything else, it will eventually fall. A tweet is really just a protocol for sending a snippet of text, and Twitter is just an aggregator for those snippets. This means that someone could invent an open protocol that allows you to share tweets amongst multiple platforms. As a company, Twitter could be a victim of its own success, becoming just one of many tweet-providing services.

No one knows what the future of Twitter holds, but its fun to imagine. For the next couple of years though, Twitter should remain a shining star on the world of social media.