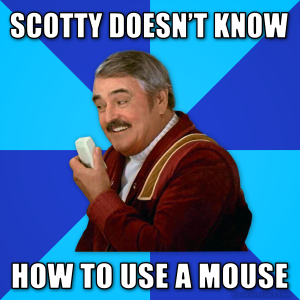 Online forms can be frustrating. I’m sure just about everyone’s had the experience of filing out a long, elaborate form only to lose all your information three quarters of the way through. And while many online forms have gotten better, there are still some pretty bad ones out there. Here are some of the biggest problems with online forms.

Companies like drop-down menus because they simplify data entry. As someone who’s worked as a database administrator, I understand that you don’t want separate entries for “Texas”, “Tex.”, and “TX”. But using multiple choice questions makes it for people in unusual situations. For example, sometimes the lists of US states include territories like Puerto Rico and Guam. Sometimes they don’t. Sometimes they include Puerto Rico, Guam, the US Virgin Islands and the Northern Mariana Islands, but not American Samoa. I speak from experience. When I lived in American Samoa, and even after, I couldn’t tell you how many forms left off America’s southernmost territory. It often made me wonder if there was a reason for the omission, or if geography-challenged web developers just didn’t know enough to put American Samoa on the list. Something tells me it was the latter.

Do you remember these? They’re not as common nowadays, but you still encounter them all too often. For security reasons, many pages expire after a few minutes. Back in the early Oughts, I had many pages expire before I could submit them. This was especially true with the many job applications I filled out after college. Each one wanted a complex set of answers, but none of them gave you the time to fill them out in full. The resulting timeout led directly to:

I hate it when you fill out a complex online form, only to have it spit back an error when you click “submit”. Even worse us when it clears the form, making you fill the whole damn thing out again. Related to this is another quirk of web browsers that I call:

Most web browsers use the Backspace key to go back a page. This is fine if you’re reading a webpage, but when filling out a form, you need Backspace to correct errors. If your text cursor is in a text box, you’re fine, but if it’s not, God help you. You’ll probably end up filling the damn thing out two or three times before getting it right.

No one likes filling out forms, but sometimes it’s necessary. In any case, many forms have gotten smarter and more intuitive, though they’re still far from perfect. Like bureaucracy, bad online forms are here to stay.