There Will Be Bureaucracy 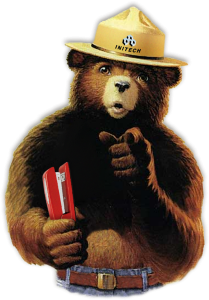 To those who decry government inefficiency, I’ll see your DMV and raise you a cable guy. Or a tech support voicemail system. Or how about a stack of TPS reports with outdated cover sheets? I won’t deny that government isn’t at times byzantine and bureaucratic. It is. But it annoys me to see “job creating” politicians talk about the business world with this “our shit don’t stink” attitude. The truth of the matter is, bureaucracy plagues business as much as government.

Close your eyes and picture a bureaucrat. You’ll probably see a cubicle worker with a big stack of papers. Or maybe a bored clerk with a long line of impatient people. Either way there’ll be fluorescent lights and drab upholstery. There will be committee meetings and three ring binders. This is true whether you’re picturing some socialist government ministry or a Fortune 500 company. Because at the end of the day, bureaucrats don’t care who they’re working for. They just want to do their 9 to 5 and get their paycheck.