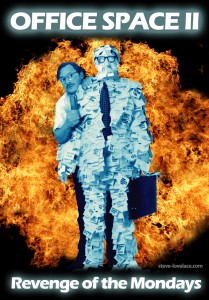 There’s a telling scene in the movie Office Space, where the boss chews Peter Gibbons out for not put the proper coversheet on his TPS report. A moment later, a second boss comes along and reprimands him for the same reason. Then another boss calls on the phone to remind him of his mistake. By this time, Peter tries to explain that he made a mistake and that it’s already taken care of, but none of the bosses want to listen. Despite the fact that it’s a one-time error, each of Peter’s eight bosses needs to lecture him on proper TPS report procedures. Why? It’s because people think that human nature can be perfected.

There’s the mindset in the business world that mistakes can be eliminated entirely. It’s the force behind quality control systems like ISO 9000. It’s the idea behind the “27 days without an injury” boards that you see in factories. As if peer pressure can keep people from getting hurt.

Training Can Only Do So Much

Of course, training can help. If you know how to lift a box correctly, you’re much less likely to throw out your back. And in an office setting, it’s good to know what cover sheet to use, or what setting in the database to select. Training is good to a certain extent. But even a well-trained employee can make mistakes. After lifting thousands of boxes correctly, all it takes is one bad lift to injure a seasoned warehouse worker. Likewise, even the most competent office worker can occasionally use the wrong form or cover sheet. But in the working world, mistakes are always assumed to be a matter of training. And that’s where conflict arises.

Say you make an honest mistake one day at the office. The next day, one of your coworkers catches it. You take ten minutes and fix it. Problem solved. Half an hour later, your boss calls to tell you about your mistake. You say it’s taken care of, but that’s not enough. Your boss sees an opportunity to coach you, to step in and mentor you. Before you know it, you’re having a department-wide meeting, retraining everyone over a non-issue. This lowers morale and wastes time, all because people think that mistakes can be prevented. And while it’s bad to make too many errors, trying to be perfect will only lead to frustration and disillusionment.