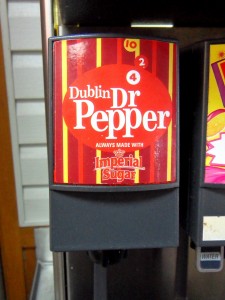 Dublin Dr Pepper is a Texas staple. Ever since soda manufacturers switched from cane sugar to high fructose corn syrup, the Dublin bottling plant has made a name selling soda with Imperial Sugar. Unfortunately, it sold so well that the corporate honchos at the Dr Pepper Snapple Group decided to sell their own cane sugar formula. When they did, the realized that Dublin Dr Pepper was cannibalizing their sales, so they sued their oldest bottler. And while cane sugar Dr Pepper will still be available, a mom-and-pop business is being thrown under the bus. Here are 23 reasons why this whole thing stinks worse than a warm, flat can of Diet Dr Thunder.

Have you ever had Dublin Dr Pepper? Do you think it was deserving of its reputation? Let me know your thoughts in the comment section.