I’ve loved “Arrested Development” ever since the first episode. I remember watching it on Fox, hoping the TV network would keep the show going. I was disappointed, but unsurprised, when they canceled and doubled down on reality shows instead. It just wasn’t that popular. Thankfully, other people caught on, and over the years the show has gathered a new following. So when Netflix released a long-awaited fourth season, I devoured it. Even after all these years, Arrested Development is still a great show with great characters. And it’s not just the original series’ characters that I love. The new Arrested Development has some interesting new personalities. Here are my five favorite New Arrested Development Characters.

I’ve tried not to give away any big reveals, but this post still contains minor spoilers. Thankfully, Arrested Development is so complex that spoilers aren’t a big deal. 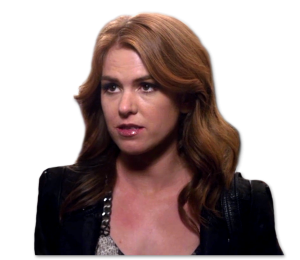 Played by Isla Fisher, Rebel Alley is the love interest for several of the Bluth men. She is a moderately famous Hollywood actress, as well as the illegitimate daughter of Ron Howard. Rebel starts out as a typical Hollywood party girl, but as the season goes on, we learn several interesting quirks about her. Most notably, we learn that she only likes guys who aren’t that interested in her. This is a very typical Bluth/Fünke characteristic. Given the show’s theme of incest, and the fact that they go out of their way to say that she’s Ron Howard’s illegitimate daughter, I have to wonder if she’s yet another Bluth cousin. 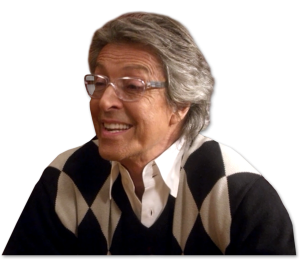 Arrested Development is all about family, and it’s not just the Bluths. In season four, we get to meet Lucille 2’s brother, Argyle Austero (Tommy Tune). Argyle runs a rehab clinic called “Austerity”, where several major and minor characters end up throughout the season. Like Tobias Fünke, Warden Gentiles, and a million other people in Southern California, Argyle Austero has the acting bug. So much so that Tobias convinces him to take his rehab patients to the biggest part of the year, so they can put on a Fantastic Four musical number.

Some of the new Arrested Development Characters aren’t all that quirky. The show knows how to use stock characters as well. DeBrie Bardeaux (Maria Bamford) isn’t all that unusual. She’s just another washed-up addict. (Albeit one with an unnatural love of butter.) And yet, she’s the perfect foil for Dr. Tobias Fünke. Tobias is so naïve and oblivious that he sees the good in her. He believes she’s a big Hollywood star instead of just another wannabe-actress-turned-junkie. 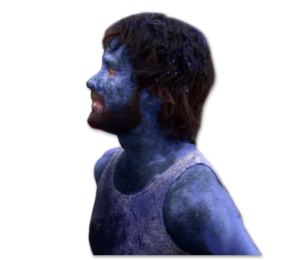 Marky Bark (Chris Diamantopoulos) Lindsay’s new boyfriend appears to be a stock character at first, a run-of-the-mill hippie/activist, but the more you get to know him, the weirder he gets. I like this character for a whole bunch of reasons. First, there’s the pun on “Marky Mark”. Arrested Development does not shy away from the puns. Then there’s the fact that Marky Bark is the son of Johnny Bark, the hippie protestor from the Season 1. (Played by Ron Howard’s real life brother Clint.) There’s also the fact that Mark accidentally signed up as a member of Al Qaeda and the fact that he doesn’t recognize his own girlfriend’s face (or anyone else’s for that matter.) Like Tobias, Marky isn’t really attracted to Lindsay, and like Tobias, he ends up bluing himself. 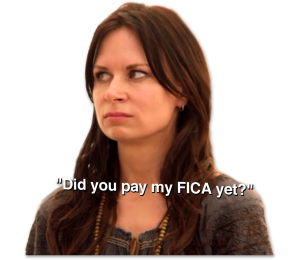 Originally a hippie friend of Uncle Oscar, Heartfire (Mary Lynn Rajskub) is George Senior’s assistant/accomplice at his “sweat and squeeze” sweat lodge retreat. Heartfire doesn’t talk; instead she communicates psychically. Except she’s not that good at it. The show uses captions to show what she’s really saying, and it’s rarely close to what anyone thinks she’s saying. Nevertheless, Heartfire never makes any attempt to talk or sign, even when she’s being attacked by bees. This is all pretty silly, but what “seals the deal” for me is that no one seems to think this kind of behavior is unusual. It’s a testament to the series’ absurdist humor that Heartfire is just another misfit in the world of the Bluths.

There are several other new characters that I found somewhat interesting. Terry Crews (who played President Camacho in Idiocracy) plays a sleazy politician named Herbert Love, and Richard Jin Namkung plays George Michael’s roommate P-Hound, who ends up suing George Michael Bluth over a three-dollar investment. But the five characters listed above are my favorites. Who is your favorite new Arrested Development characters? Let me know in the comment section.