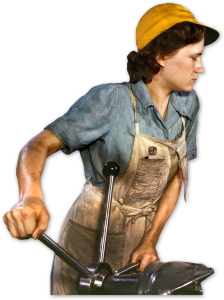 There are many technological advances that have made our society was it is today. Steel and concrete make our cities grow taller while cars and trains make them wider and better connected. The internet allows us to communicate and pharmaceuticals help us to overcome genetic and contagious diseases. I could go on all day, but instead I’d like to focus on birth control. The idea of birth control has been around for thousands of years, but modern, effective contraception is a 20th century innovation. And while a simple condom or a little tray of pills doesn’t seem like a big deal, it is a key component of an enlightened society.

Birth control is important because people like to have sex. This seems like an obvious statement, but it is really, really important. People like to have sex. This is a basic biological function, like eating, sleeping and defecating. Sex is more addictive than any drug, and efforts to curb it are doomed to failure. That’s why things like abstinence-only sex education and vows of chastity do not work. People are going to have sex, from ages 13 to 93. After all, we’re just animals.

Texas is an “abstinence-only” state. This means that, in the public schools, sex education teachers have to tell their students not to have sex. They can’t tell them to use a condom or go down to nearest the Planned Parenthood agency. Birth control is missing from the curriculum entirely, but that’s not the worst part. The abstinence-only laws in Texas and other states forbid teachers from discussing the issue before or after class. Imagine you’re a teacher and a student comes to you saying that she and her boyfriend want to have sex. You can’t instruct them on taking proper precautions. All you can do is encourage them to save themselves till marriage, knowing full well that they won’t. Nor will they use protection, since no one’s ever taught them the concept.

Texas has one of the highest rates of teen pregnancy in the country. So do the other states with these medieval “abstinence-only” programs. There is a clear correlation and a clear causation. And it’s bad for business. Students having kids drop out of school. There are plenty of smart young women out there who are having kids when they’re still kids themselves. Imagine if these women had easy access to the pill. Then they could finish their studies, get a good job and increase their contributions to society as a whole. Lowering teen pregnancy is something that benefits us all. But in the name of “morality”, teenagers are kept in the dark about sex, and the result is more impoverished families on welfare.

Back in the hunter-gatherer era, we were all slaves to biology. The men tracked down game and the women churned out babies. Everyone was roughly equal, because, like the other animals, we were all just focused on survival. That all changed when we started farming and ranching. As we got better at feeding ourselves, we were able to specialize. Instead of every man hunting, we could have some men farming, some men defending the tribe and some men leading the village. Notice I said “men”. This phenomenon of stratification and specialization was led by adult males. Agriculture had given the men more free time, but pregnancy and child-rearing kept the women too busy to learn trades. There were still some post-menopausal women acting as elders and experts, but the vast majority were too busy with the kids to focus on progress.

Birth control at this point of time would have been bad, endangering the survival of our species. Infant mortality was rampant. Women needed to have lots of kids just to make sure that a couple survived into adulthood. But as medicine got better, more kids survived. Then the Industrial Revolution made its way from the factory to the family. Domestic appliances and prepackaged food allowed women to spent less time taking care of children. This led to women’s suffrage, feminism and two-income households. It had the potential to double the labor pool and exponentially increase the rate of scientific enlightenment. But like Nebuchadnezzar’s Statue, this new equality stood on feet of clay. The human body is evolved to reproduce as much as possible. We’re hard-wired to have sex, and women are hard-wired to have kids. Without the proper birth control, we regress back to the Middle Ages or earlier.

Condoms were an important invention, but it was The Pill that really made the difference. Unlike condoms, birth control pills are unobtrusive during sex. They give women a power over their bodies that allows them to use their minds and not just their wombs. I see the next advance being male birth control. While men can’t get pregnant, they can still knock some woman up when they don’t want to. Condoms break, women can lie about being on the pill, and people often give into impulse. One day, it will be possible for men to control their biology as well. With the proper education, accidental children would be a thing of the past. People would only have kids when both partners consented.

The pill is not the last step in this progress however. Thanks to genetic modifications, we could take it a step further. What if we modified our DNA so that our reproductive systems were off by default? Instead of taking a pill to keep from having kids, you would take a pill when you wanted to reproduce. This leads us to some scary implications. If you needed a drug to have kids, would it be available by prescription? Would you need a prescription? Is procreation a basic human right? Forced sterilization has been used as a punishment throughout history, and eugenics has been used to suppress minorities. There is a lot of potential for abuse, but like so many scientific advances, it’s something we’re going to have to consider.

Birth control is not just a women’s issue. It affects us all. Society benefits from education and labor. With more educated people in the workforce, we’re more likely to speed up advances in science, art and philosophy. When I hear politicians talk about restricting birth control and sex education, I get angry. These men (are they’re mostly men) are desperately trying to hang on to a medieval hegemony. It’s all about control. They know that birth control is chipping away at the patriarchy, and they’re determined to hold us back. Even at the expensive of equality and enlightenment. As a society, we have a duty to move on, with or without these benighted old men.