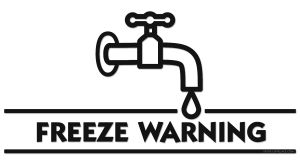 During my first winter in Texas, I saw signs outside my apartment complex that said, “Freeze Warning: Keep Faucets Dripping”. This came as a surprise to a Michigander like me. Up north, we never had to leave our faucets dripping when the temperature dropped below freezing. With several months of freezing weather per year, that would have been a huge waste. It still seems like a waste, even if it’s just for a day or two. But frozen pipes are what you get when you don’t insulate your pipes. North Texas is chock full of cheaply assembled apartments, and thanks to our fear of Big Government, real estate developers and apartment owners have no reason to insulate pipes, windows or walls.

This is exactly the kind of thing for which we need government regulation. The free market alone can’t fix such a problem. It all comes down to sales and marketing. An apartment complex advertising the R-value of its insulation isn’t going to attract as many tenants as one offering granite countertops. Insulation is important, but it’s not “sexy”, so there’s no reason to provide any more than the bare minimum. This hurts us in the long run, increasing power consumption in the hot Texas summers and causing frozen pipes to burst in the (occasionally) cold winters. It’s an environmental issue, and a little more regulation would go a long way in solving the problem.

What do you think about substandard plumbing here in regulation-averse Texas? Is there a good free market solution, or is regulation the best way? Let me know (civilly) in the comments.