The Afterlife Without God 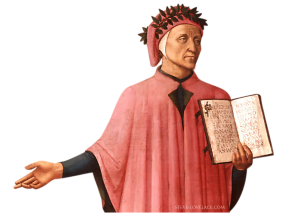 What if there’s an afterlife, but no God? It’s an idea that’s almost unthinkable in Western religion, though it is accepted in some Eastern religions. When it comes to the supernatural and the divine, I’m more inclined to believe in some sort of afterlife than in an all-powerful old man in white robes.

When people think of Heaven, they generally envision people on the clouds playing harps. In this version of Heaven, you can spend eternity with your grandparents and your dog or Hemingway and Jesus. In this sort of paradise, God lays all of His cards on the table. You have full access to any person in Heaven and any information you want: past, present or future.

This is just one of many ideas about the afterlife. We could simply cease to exist, or we could reincarnate. Or we could go to a higher plane of existence with its own problems and mysteries. This could be a paradise relative to this world, but there would be no encounter with Jesus where you get to ask Him the meaning of existence. This kind of afterlife would simply be a different level of being, a meta-life framing our lives here on Earth.

If such a meta-life exists, it begs the question, what happens when that life ends? Perhaps there is an even higher level, virtually unfathomable to our limited minds: a meta-meta-life. And if that’s the case, then there’s almost certainly a level above that. If this is the case, then there may well be an asymptotic model of divinity. In this scenario, God is a singularity, not a deity, but an idealized form of divinity that we strive to emulate. Though it might be sad that there’s no God that you can talk to, I rather like the idea of learning and growing for the rest of eternity.

What is your belief in the afterlife (or lack thereof)? Let me know in the comment section.