The Shutdown and Self-Fulfilling Prophecy 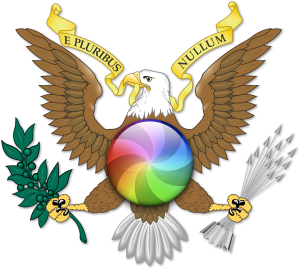 Here’s the thing that bugged me most about the 2013 Government Shutdown. The Tea Party Caucus and the Objectivist Conservatives all complain that the government is broken, when they themselves broke it. In effect, they’ve created a self-fulfilling prophecy about government dysfunction.

I like to compare the shutdown to a bank run. A bank run occurs when people hear rumors about a bank’s stability.  Whether or not that bank is stable is irrelevant in this case. Because when people feel that their savings are no longer safe in a given bank, they withdraw their money. Pretty soon the bank fails, just because people think it’s going to. This kind of bank failure is a self-fulfilling prophecy.

The exact same effect is happening to our government. We have a group of politicians telling us that government is the problem. Then they go in, indiscriminately cut programs and spending, shutdown the normal operations, and preach about how the whole thing is a mess. It’s a mess because they made it a mess. For me, the worst part of the 2013 Shutdown was seeing the politicians on the National Mall complaining about the closing of World War II Memorial. Of course, it closed because they voted for it to close. The hypocrisy was so thick you could spread it with a knife.

And to those who think that government spending is too high in general, you may have a point. It is important for our nation to be fiscally responsible. The problem is, shutting down the US Government for over two weeks is the opposite of fiscal responsibility. It is simply chaos for the sake of chaos.

What’s your opinion on the government shutdown? Feel free to leave a civil comment below.