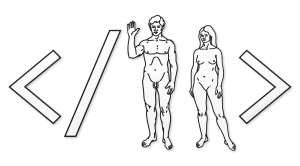 I’m amazed that human extinction isn’t more of a political issue. It should be. The survival of our species is the most important issue we can address. I’m not being hyperbolic. As living creatures, it is our purpose to survive and thrive. From an evolutionary perspective, nothing else matters.

Contemplating Our Own Extinction

As far as we can tell, we are the first species on Earth capable of contemplating our own extinction. We are the first Earth species to be able to do something about it. And while we can’t avoid our own personal deaths, we can take measures to insure the survival of our descendants. Thus we need to establish space colonies, both in Earth orbit and throughout the cosmos. We need redundancy in case something happens to our little planet. Finally, we need to preserve DNA samples of homo sapiens and other species on this planet. There are people doing this, but we need to coordinate it on a national and international scale, as to ensure maximum survival.

Oh, and not polluting our planet would be a good start as well. Climate change is real, and it’s a real threat to our propagation. It’s nice to have space colonies and backup samples, but it would be better to avoid a mass extinction event altogether.

Not Everyone’s On Board

Here’s the saddest part of the human extinction problem. Not everyone’s on board. Like everything nowadays, it’s politicized. It shouldn’t be. But the sad truth is that there are a large number of people who wish for extinction. They see the End of the World as a good thing: the Second Coming and whatnot. For people who believe Revelations over Darwin, the destruction of our planet can only hasten our salvation. People like this form the “suicidal thoughts” of our species. We must ignore them and move forward with our own survival and evolution.

Even those who understand science may be uncomfortable with the future of humanity. As human technology advances, we will have to redefine what it means to be human. Our descendants may be augmented via artificial intelligence, genetic manipulation and nanotechnology. And that’s here on Earth. Imagine a generational ship sent out to a distant star system. After thousands of years of living in a small gene pool, the people aboard such a ship may be unrecognizable as human beings. But that’s okay. Life is not about preserving the status quo; it’s about growth and change. If humankind survives the growing pains of the modern age, we will evolve into other species and other forms of life. That’s the best possible outcome. It’s not enough to avoid human extinction. We have to keep moving.