The Infrastructure of a Mars Landing 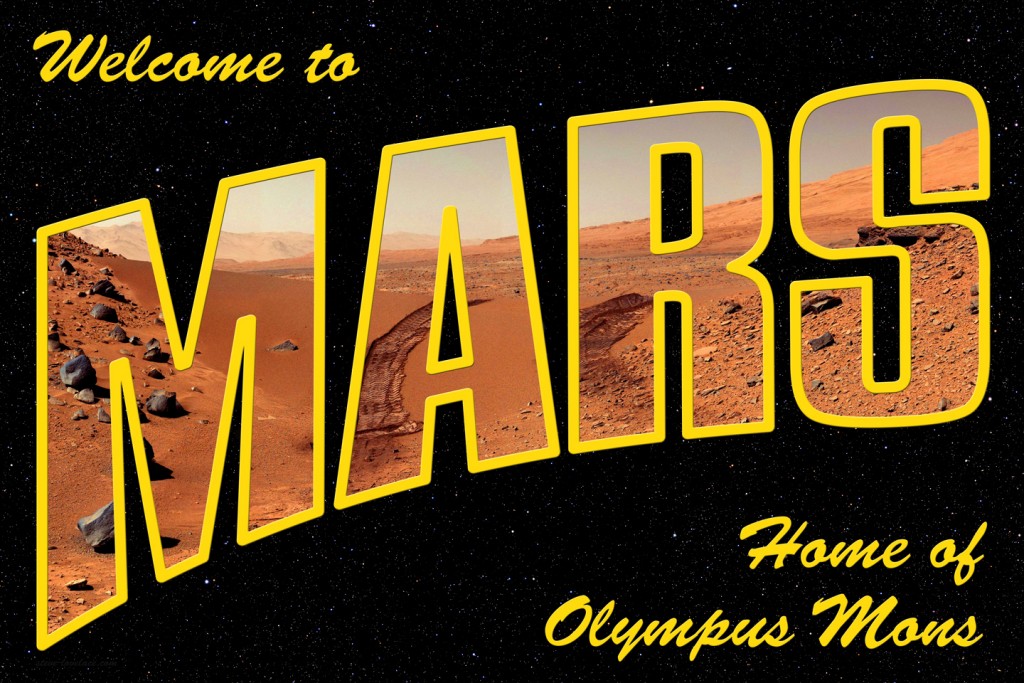 The space program has seen better days, but many of us still dream of a new extraterrestrial age of exploration. This involves better rockets, a return to the Moon, and most importantly, a manned Mars landing. I think that landing a man (or woman) on Mars is possible in my lifetime. But if we want to put people on Mars, we’re going to need some infrastructure.

The Myth of the Lone Explorer

We have this mental image of the lone explorer landing in a new place, even though these explorers are almost never alone. Columbus had three ships, and Neil Armstrong had Buzz Aldrin and Michael Collins (as well as all of NASA). Exploration is about more than planting a flag in the sand. If we want to establish a foothold in space, we’re going to have to find a new model.

Lewis and Clark’s overland trip to the Pacific is a good example to follow. While they had a lot of preparation before leaving St. Louis, their expedition would have been doomed if not for the help they received from Native Americans along the way. Especially Sacagawea. She, not Meriwether Lewis or William Clark, is depicted on US currency, and her contributions to the expedition cannot be underestimated. While our history books depict a couple of guys trekking to Oregon. The truth was that they benefited from the existing Native American infrastructure all along the way.

There’s no infrastructure in space to help us with our Mars landing, so we’ll have to create our own. For this, we will have to use robots. We’ve seen plenty of probes through the solar system (and beyond), and while robots don’t capture the imagination quite the same as manned expeditions, they are pretty effective. So while we instinctively love the idea of astronauts stepping out onto virgin soil, it’s not an effective model. Instead we should send robots ahead of us to build a base of operations. Ideally these robots would be capable of using Martian minerals and gases to build the base, hopefully even extracting water from the soil. So when the first astronauts arrive, they’ll already have a place to live.

In addition to a Martian Base, we may also want to plan for infrastructure along the way. Because it takes so long to get to Mars, we’ll need to build our interplanetary spaceship in orbit above earth. And because so many things can go wrong along the way, we’ll need a lot of redundancy. This means multiple ships, with each craft independently capable of carrying the entire crew. We might also want to set up an orbital fueling station above the Red Planet, so that the ships can come refuel once they get there. For the safety of the astronauts and the success of the mission, we need to have a safety net to help us along every step of the way.

A manned Mars landing is the most difficult and complex project we will undertake in the next hundred years, but I think it’s vital to the continued survival of our species. Landing on Mars will be no less a momentous occasion than life crawling up out of the ocean. And with the right preparation and infrastructure, it’s something we can live to see.