Depleted Uranium and the 1990s Internet 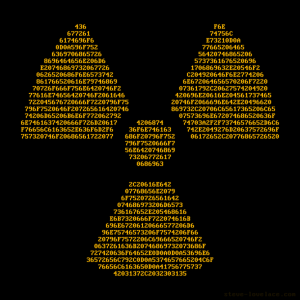 In my 10th grade physics class, we spent a good chunk of the spring semester talking about radioactivity. For our final project, our teacher assigned a range of essay topics about radiation and nuclear physics. Most of these were what you would expect: Chernobyl, the Manhattan Project, Yucca Mountain, Hiroshima and Nagasaki, etc. My assigned topic was a little more obscure, however. I got depleted uranium.

DU isn’t radioactive enough for nuclear weapons and power plants, but it still slightly radioactive, as well as toxic. So you probably wouldn’t want to go making baby toys out of it. However, depleted uranium is denser than lead, making it ideal for armor and ammunition. Its use in the First Gulf War is controversial, with varying claims about health effects upon both US Soldiers and native Iraqis. Experts disagree on the lasting effects of DU usage in warfare, but I think we can safely say that there are no health benefits and plenty of detriments.

It took just ten minutes to research depleted uranium for this blog post. I just Googled it and voila! This was not the case in 1996. Back then, I couldn’t find anything in the school library about depleted uranium. The school librarian found a relevant book halfway across the state. However, it would take a week to get it, and my report was due in two days. (I had several weeks to work on it, but I didn’t start until a couple of days before.) So I went whining to my physics teacher, complaining that my topic was harder than the other kids’ topics. He nodded and said that he gave me the hardest topic since he knew I could do it. It was a compliment I didn’t want. So I went back to the library to see what I could do. The librarian suggested that I try the Internet.

It wasn’t my first time using the Internet. I had tried it a year earlier in my Gifted and Talented Program. Moreover, I had experience using Bulletin Board Systems and AOL. But the Internet had this allure to it that AOL lacked. It was the Wild West of online connectivity, something that nobody had in their home. I logged on to one of two Internet-enabled machines and surfed the primitive World Wide Web. There I spent a good hour or two finding information on depleted uranium for my essay. And even after I found the information, I was unsure how to cite it. Internet research was so new that citing hyperlinks wasn’t in my style manual. I had to make it up as I went along.

In the end, I turned my paper in late and got a B. The research and writing were top-notch, but I got dinged for my tardiness. Still, I earned an A for the semester overall and learned a lot about a relatively unknown topic. Most of all, I whetted my appetite for online research, and I’ve been hooked ever since.

What was your first experience with the Internet? Did you use it much in the mid-1990s (or even earlier)? Let me know in the comment section.